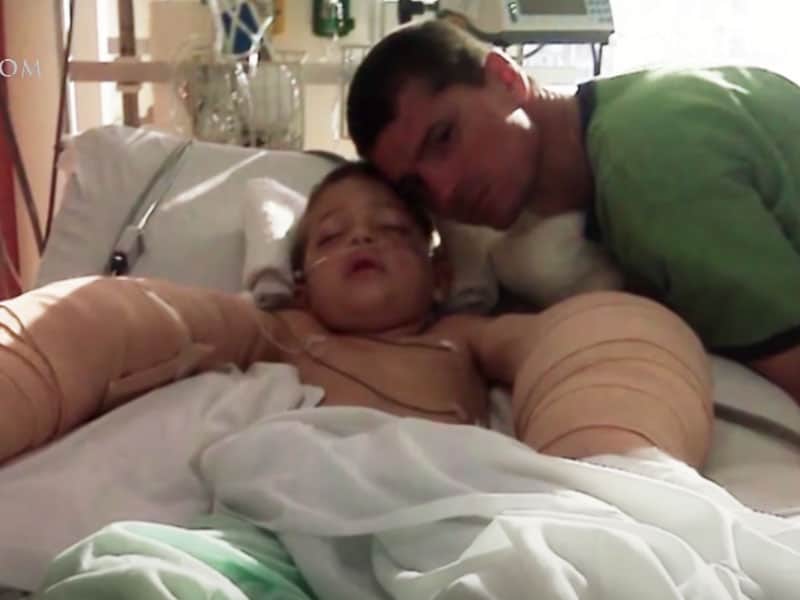 A 5-year-old boy ran over by a lawn tractor almost lost his arms. After recovering, he says Jesus spoke to him, saying He protected him.

One typical afternoon, David Castleberry sent his 5-year-old son, Brett, inside their house because he was going to mow their lawn. As he was mowing under the plastic playhouse when he realized something off. The mower wouldn’t move until he looked down and saw his son’s sponge bob crocs.

“His whole body was between the wheels and the deck,” the father recalled. 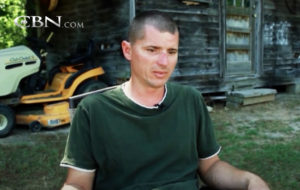 David immediately jumped off the mower. He picked up his son, called 911, and ran to his neighbors to ask for help. The neighbors who came were shocked to see that it seemed like nothing was left of the little boy’s arms.

Meanwhile, while waiting for the ambulance, David kept condemning himself, saying he killed his son. He also had second-degree burns from touching the muffler when he lifted the mower off Brett. Then he called his wife, Pam. 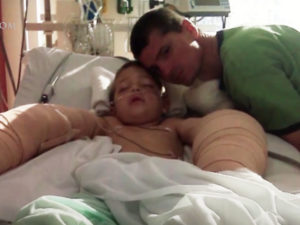 On her way to the hospital, Pam then sent out a call to prayer on Facebook. And she got hundreds of responses, and the prayer chain spread like wildfire.

The ambulance arrived, took Brett to the hospital, and stabilized him. The boy went through emergency surgery, and doctors requested they amputate his arms up to the elbows. But after the surgery, the doctor was able to save both his arms. He was then taken to ICU and struggled to recover. And prayer was the only thing the family could do.

Soon after, Brett stabilized, and David laid down with his son in the hospital bed. And all of a sudden, Brett told him, “Daddy, get up. Jesus wants to lay down.” Then after miraculously recovering, the little boy revealed more of his conversation with Jesus.