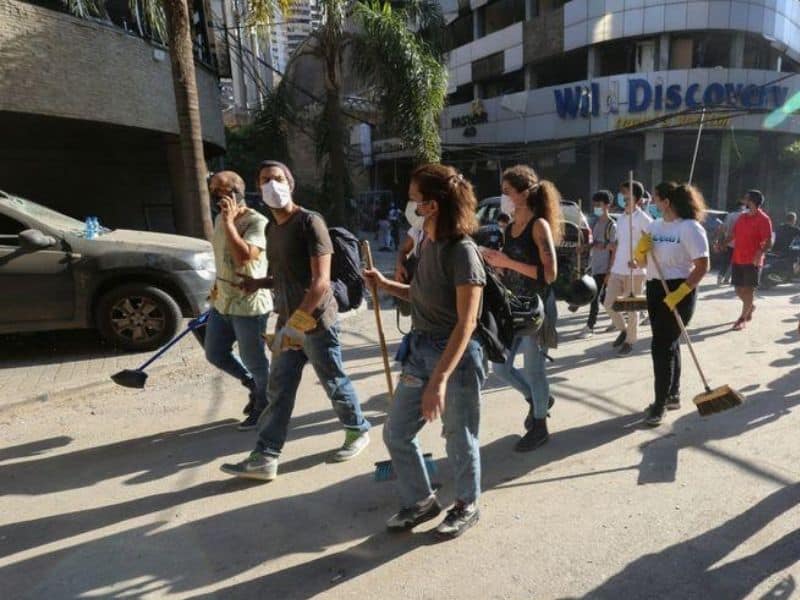 Lebanese Youth Groups Together To Clean Up Aftermath Of Explosion

Following the catastrophic explosion in Beirut, the Lebanese youth took initiative in cleaning up the debris and glasses scattered over the city.

In absence of a state-sponsored clean-up operation, Lebanese citizens mostly the youth, grabbed brooms and shovels to start their own clean up drive. Solidarity and passion moved the citizens to action. 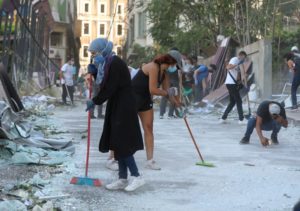 Last Tuesday, a double explosion rocked the city of Beirut. The blast was felt at least 150 miles away from the center of the explosion. It left 6,000 people injured and more than 150 dead. Authorities reported that there are still dozens missing and thousands displaced from their homes. In the midst of a failing economy and the increasing number of cases in COVID-19, Lebanon is yet facing another crisis.

Despite all of this, Lebanon won’t give up on hope. CNN interviewed some of the Lebanese that volunteered in the cleanup. Andres Trad, 25 years old, said, “This action, the act of collective mobilization and cleaning, proved that Lebanon is for all, the Lebanese people are the government.” He continued, “They, we are handling this better than the government.” 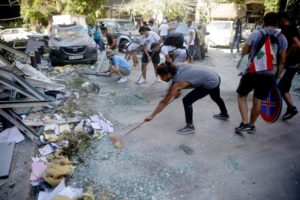 Ethiopian volunteers, Zeina and Ameli shared, “We are doing this because we love this country. It’s been our home for years. [And] it’s our responsibility to help the Lebanese too.”

“I witnessed many wars in Lebanon, but I don’t think that I will ever forget the sound and the scene of this explosion in Beirut,” Berj Dakesian, 70 years old, told CNN. ‘My house and my son’s house in the same building are destroyed. We cleaned what we can clean. But now we are trying to help our community here too.”

Meanwhile, many countries have pledged to help Lebanon recover. Humanitarian organizations such as UNICEF are already in the field proving aid for the families. But they still need help. They wrote, “UNICEF teams are on the ground supporting families devastated by the explosions in Beirut. Lebanon is already facing economic collapse and a worrying rise in COVID-19 cases. The systems that people count on are stretched to breaking point. The country cannot re-build without your support. Stand with Lebanon’s children: https://uni.cf/help-lebanon”