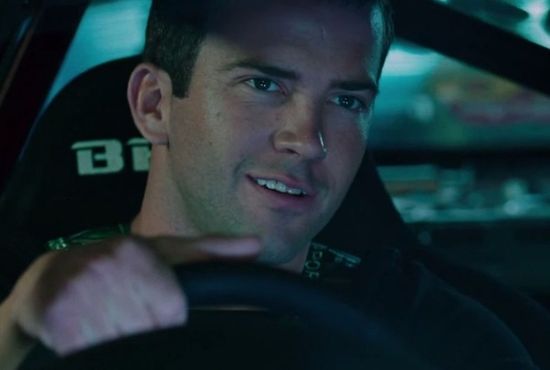 “The Fast and The Furious” actor Lucas Black stars in the new faith-based film after years of hiatus from Hollywood films.

Lucas Black is best known for his roles in hit films “The Fast and The Furious” and “NCIS: New Orleans.” Reportedly, he took a break from mainstream entertainment three years ago “to spend more time with family” and connect to his “heavenly father.”

“There were plenty of days where I would go to work and they would still be asleep, and I would come home and they’d be already in bed,” Lucas said. “The first three seasons … I’d be working 70 hours a week. I’m just fortunate throughout my career, I’ve recognized that that kind of schedule and the way the entertainment business is run, and a lot of temptations that come with it, can be really destructive to families’ lives and your relationship with others,” Lucas said. “It takes a lot of discipline, a lot of godly people around you to hold you accountable.”

Those were the reasons why he decided to take a break from Hollywood films. Recently, he took a role in the new family-friendly film, “Legacy Peak,” on Pure Flix.

“We were praying what the next step was going to be,” Black said of himself and his wife. “We saw a huge culture shift here in America and for a long time, movies coming out of Hollywood and in entertainment undermined the fatherhood role.”

His role in this faith-based film is an answered prayer for him and his family. The film is about a man named Jason, played by Lucas, who “wants nothing more than to have his girlfriend’s kids like him. But when a perfectly planned trip to a mountain cabin falls apart. The ensuing adventure could tear them apart or bring them closer than they ever imagined. Together they’ll discover how to trust again and what it means to be a family.”

“I read it, my wife read it, and she comes to me with tears in her eyes and says, ‘I don’t know why you wouldn’t be a part of this project.’” he recalled, explaining why he wanted to take the role. “It’s one that really sheds a good light on fathers. It shows the need for a good earthly father. It shows how we can find our fulfillment and love from our Heavenly Father. And it really is one that’s going to empower the nuclear family, and especially fathers out there.”