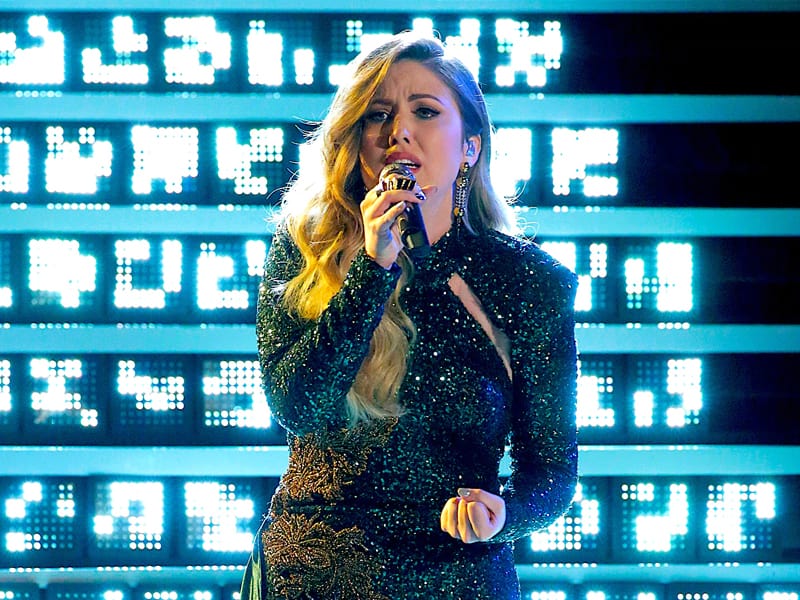 Maelyn Jarmon has won the 16th Season of The Voice USA with her powerful performance of Leonard Cohen’s “Hallelujah”.

Completely deaf in one ear

Maelyn was only two-years-old when she suffered from recurring ear infections. To treat the infections, she had tubes inserted into her ears that led to permanent damage to her eardrums. As a result, she became totally deaf in her right ear and her left ear has only 80% hearing.

Despite this disability, Maelyn continued to pursue her passion for singing. Her condition even helped her to connect more closely with her audience. “Being deaf in one ear, the most overwhelming interaction I’ve had with fans are people who have hearing impairments,” she tearfully said on The Voice. “I was so taken back by that.”

The 25-year-old woman from New York City joined Season 16 of The Voice as a step towards her goal of writing her own music for a living.

She auditioned for the show with a four-chair turner performance of the song “Fields of Gold.” Maelyn chose John Legend as her coach for the show.

The American talent captured the hearts of the audience and the judges throughout the show. Her astonishing performances led her to the final.

Just this past weekend, Maelyn performed a powerful rendition of Leonard Cohen’s “Hallelujah” for the season’s finale. As a result, the audience chose Maelyn as the winner!

Maelyn’s dream of writing her own music and reaching out to more people is becoming a reality. In addition to her victory, her three performances on YouTube have been viewed by over 7 Million people!

Nothing can stop us from reaching our goal, even deafness didn’t stop Maelyn from winning The Voice! Share this inspiring story to bless others!

Reference: CountryLiving, The Norman Transcript and YouTube | The Voice