Home Tags Posts tagged with "lift up your head"
Tag:

lift up your head 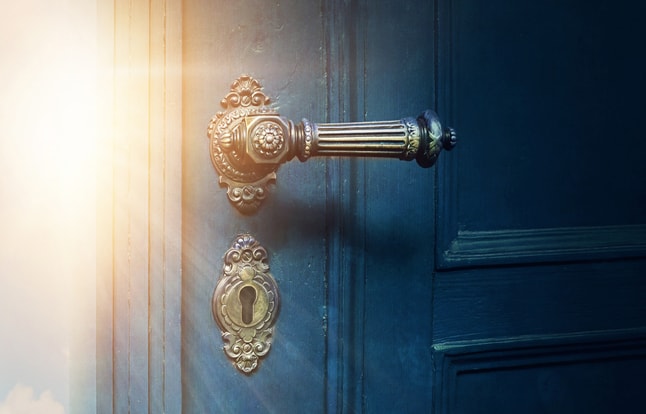 The Gates And The Doors

written by Betty King
As we approach the Rosh Hashanah, Jewish New Year, the Lord keeps imprinting the word ‘Gather’ in my spirit, along with the story of rebuilding of the Walls and Gates of Jerusalem through Nehemiah’s leadership. The unfolding great narrative of the rebuilding taking from Chapter 3 I believe, has some keys for us to pray with as we enter into this great coming new year for the Bride of Christ and our world.

The Bible tells us that after the great leader purposed that no unclean thing would have a part to play in the rebuilding and refortification, he gathered those who had the spiritual right and availability to mount this great work. From stage left enters Eliashib the High Priest, who in turn ‘rose up with his brethren the priests and built the Sheep gate’.

The Lord has let us know from the foundation of He has chosen us and the ‘the LORD has called Me from the womb; From the matrix of My mother He has made mention of My name’ (Isaiah 49:1). And so Eliashib was no different, as his name would mean ‘whom God restores’ also meaning a conversion back to what it was meant to be. In short this man had been called to be a CONVERTOR.

Yet his tenure as a High Priest before being exalted as one of the rebuilding leaders, was fraught with compromise that for all intents and purposes should have disqualified him from such a hallowed position. But God!

He had allowed his grandson to marry the daughter of Sanballat and to add insult to injury, he had indulged Tobias to the degree that he had leased storerooms in God‘s holy Temple and gave him charge over it. His past spoke deafening indictment over him and thus was UNFIT to show his face. What compromise! What open door for accusation against any rebuilding. But God!

In spite of his past and present issues, he had a calling and purpose over his life as a priest, and from the place of real repentance, right and proper arrangement of God’s Holy Temple, he could now confidently and without accusation walk into the full calling of God on his life as one that would CONVERT.

Eliashib is a perfect picture of how we today have operated in presumption in wanting to build or erect something for God. We fail to understand the times and season, and so seek out the gift of man rather than being still and knowing He is God so that He may direct our path. We look on the outside rather than the heart and real intention, so get into alignments that erode and leech of us. In doing so, we become so compromised that we easily acquiesce to demands and place people into positions that clearly go against God’s heart and will. These people therefore become ‘inside man’ for the will of the opposition.

Our Lord’s example in the choosing and appointing of his own converters/disciples  needs to be our true yardstick. He did nothing without seeing His Father do it, nor spoke without hearing His Father utter His commanding voice. He did not judge by what He saw or heard, but in righteousness did He operate. Jesus knew who to choose to do life with and to appoint into high office. It was not done on a whim or impression, but from the blueprint that came from nearness and pursuit of His Father.

Our Lord could not do with distraction from within or without, as such to bring real REDEMPTION and RESTORATION of the walls and gates of people’s lives, He needed ones who had been tried and tested in the crucible and furnaces of fire.

Eliashib, like some have done in our day at some point, had created such internal distractions and disruptions that it nearly derailed the conversion, as we see through the narrative in the book of Nehemiah and Ezra. But God!

For many of us, even in the midst of great indictments from our past, and some the present, many have pushed through and contended through periods of confession consecration, and thus change for the times of redeeming that have now come. These times have preserved them to rewrite back to God’s initial merciful intentions for their lives and certainly for the ultimate purpose for the Bride of Christ.

Through fire, Eliashib now gathers the consecrated ones who have made covenant by sacrifice to start the rebuilding and the conversion. The rebuilding starts on the Sheep Gate with the doors being done with spiritual excellence and so progress wouldn’t stop until it reached the Tower of Hananel. It’s important to pause to see what God needs of us as we start on this journey of rebuilding, restoring and converting all things in this coming new year.

The Sheep Gate represents the real place of entrance we all have to make it through, that is our Lord Jesus, the Door and Gate of the sheep.
‘Most assuredly, I say to you, I am the door of the sheep…I am the door. If anyone enters by Me, he will be saved, and will go in and out and find pasture’ (John 10:7,9).

For us to gain traction, momentum, fruit, expansion, breakthrough, elevation, influence and completion, we must advance through Him and by Him; His model, His strategy, His leadership, His insight. Enquiring of Him and being lead by His voice so He can lead us to the place of grace and glory.

As we construct according to His model He will always cause us to meet grace which is another level of true enduement to finish the work. Eliashib and the gathered ones, built as far as the Tower of Hananel. The name Hananel is of great importance for us, as it means ‘God’s grace’. The Lord is giving us a picture of what diligence, dedication and determination through Him could look like.

The Tower represents to us from the words Jeremiah, Zechariah and further on in the book Nehemiah, the original intentions of God for His people and His church shown by the advent of the Holy Spirit at Pentecost. We have become a strong tower by the grace of God through the intoxication of the wine of the Spirit to preserve our priesthood of being converters without guile or accusation. Ones operating from Holy Spirit inspiration and anointing. When there was a gathering to build the gates through the great heavenly Sheep Gate, Grace had to fall.

He is a Shepherd and a King as Zechariah 14:10 reveals, ‘Jerusalem shall be raised up and inhabited in her place from Benjamin’s Gate to the place of the First Gate and the Corner Gate, and from the Tower of Hananel to the king’s winepresses’. There shall be a raising up this Jewish new year so let’s not remain at the first place ‘but for this very reason, giving all diligence add to your faith…’ (2 Peter 1:5) and endeavour to get to our Tower of Hananel so we may be overcome by Presence to finish well.

This third protagonist in what the Lord has showed me is one that may have shared a  lineage with the many tribes that brought back a bad report and thus sowed fear in the hearts of the Israelites during the wilderness wanderings. More pointedly, he shared a name with a father of one of the spies. Imagine what weight and burden he must have had on his shoulders; the internal war he fought in being associated with such a name and history. But God still chose him to be part of the rebuilding.

In being chosen we need to be ‘mindful’, which is the meaning of Zaccur, not to let our past mistakes, associations, affiliations and the like,  hold us back from the redemption that has come to visit us. We need to be mindful not to repeat the mistakes, missteps and mishaps of the past and not let it inform on the second chance God has given us.

We are at such a precipice of one of the greatest outpourings and breakthroughs of God as we build the gates and  hang the doors that we simply CANNOT allow the past stories to write our present script of rebuilding, restoration of CONVERSION.

We need FIRE. We want FIRE. We speak FIRE. Only when this is language of the church, will the right PRIESTS be found and lifted to gather at the gates for glory. Malachi says when the gathered ones ‘who feared the Lord spoke to one another, And the Lord listened and heard them’ (3:16) the rebuilding could commence. Tribes found their tribes. Friends found their friends who had purposed to fight for the self same thing; the rebuilding because grace is present.

The Lord clearly said to me ‘Don’t go through the same doors’. What didn’t work yesterday, certainly won’t work today. As we advance, there will be effectual doors opened because we have gone through the first gate, the Sheep Gate, built that gate and hanged the doors, so now real multiple doors will open for us to use. As we use the keys we have gained through devotion and pursuit, we will see acceleration unto glory.

As we advance let’s not forget the noice and insecurities of the ‘inside man’ who feel they have lost their position as God gathers His own that fear Him. Many like the Sanballats and Tobias’ had been given the opportunity to be real bridges, but they didn’t and rather were lead by fear and entitlement, so wanted to use flesh and  pride for further validation of their temporary positions.

As the advancement and progress continues, these ones will fight and huff with gossips and innuendos. They will gather, but because it’s not of God, the fire will disperse. As we grow in sensitivity and discernment, we see all these inside men, intruders and invaders and their ambitions, we stand against them in Spirit of the Lord and see a routing, displacement and dethroning as God showed us with Sanballat and Tobias.

The gates and the walls will be rebuilt! Don’t let the noise and the clamour in this coming year cause there to be a delay to the rebuilding. Let the gates be lifted up! Let the everlasting doors be lifted, so the King of glory can come in. Who is this King of glory, the Lord strong and mighty. He is the King of glory. It’s about to go down, so saints let’s buckle up.

I Am His Delight