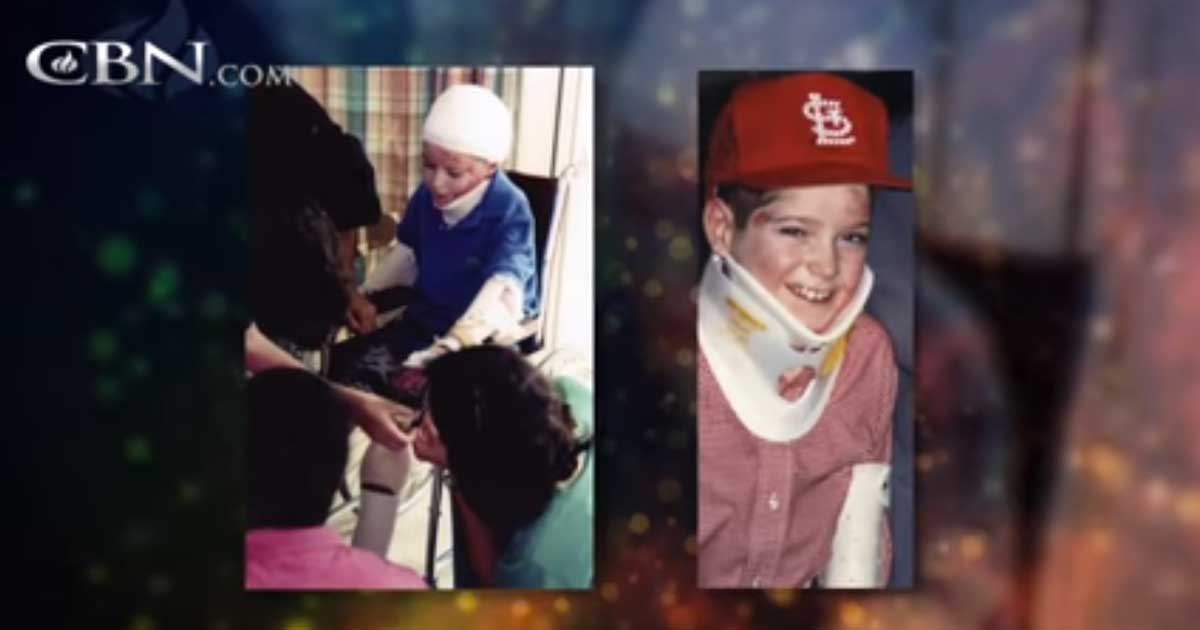 When John O’Leary saw his neighbors playing with fire, he thought he could do the same. Being a typical 9-year old kid, he was adventurous, yet unaware of the dangers. Tragically, an explosion occurred that left him with burns on 100% of his body, 87% of which were third degree. How does such a young boy respond to such a terrible ordeal?

“Mom am I going to die?” John asked his mother, clinging on to hope.

“It’s your choice; it’s not mine,” she answered, looking into his eyes.

“Good baby, good. Then look at me. You take the hand of Jesus; you walk the journey with Him.”

John has been on that path of faith ever since. Today he is a successful speaker and best-selling author. He’s husband to Beth and father of four children. He has overcome this awful ordeal to live what he calls a “radically inspired life.”

We can all do the same, and just as John discovered, it starts with a decision.

Watch the video below, and trust God to increase your courage to overcome in life.

Trial By Fire Leads to a Radical Life of Faith