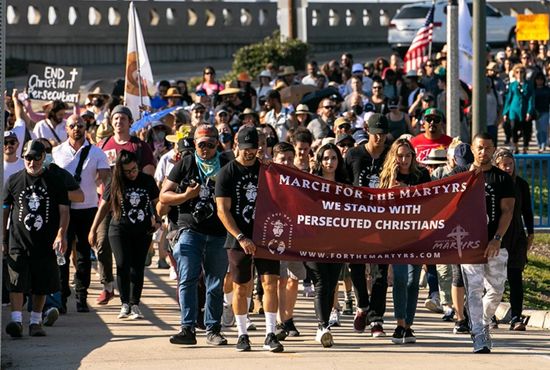 Hundreds March In DC In Honor Of Persecuted Christians: ‘Live A Martyr’s Life’

Hundreds of Christians marched in DC to honor persecuted Christians while urging everyone to “Live a martyr’s life.”

On Saturday, hundreds of Christians gathered for the third annual March of the Martyrs. The event began with worship and speeches from several priests and evangelists. The founder of For The Martyrs, Gia Chacon also shared a powerful message with the participants.

The participants marched for more than a mile from the National Mall to the Museum of the Bible where a night of prayer was held. Religious freedom advocates are calling every Christian to learn from the persecuted Christians across the globe. Those Christians chose to die rather than renounce their faith in Jesus Christ. We should also be willing to lay down our lives for our faith. 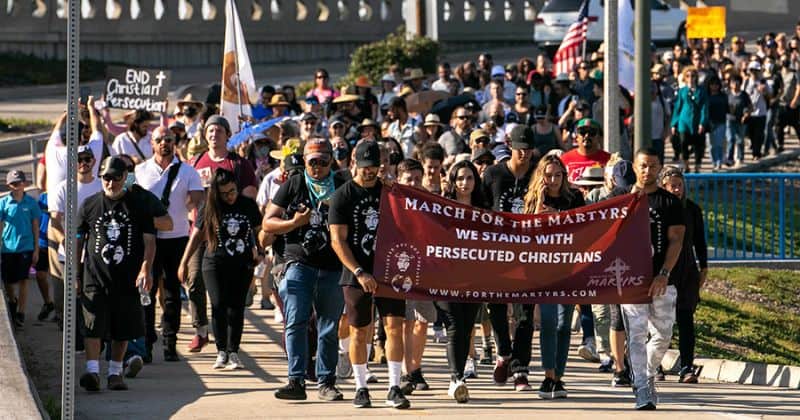 March of the Martyrs

Gia shared a glimpse of the lives of these persecuted Christians. During her conversations with Iraqi and Syrian refugees, she learned about the “atrocities that they faced because of their faith.” She spoke of “whole villages in a single night, hundreds of thousands of Christians pushed out of their homes and killed in front of their families.”

“ISIS or Islamist militants would come into their homes and charge them with the question, ‘Are you a Christian?’ And if they said yes, it ultimately meant death or being pushed out of their home,” she said. “And these brave Christians, in the middle of the night, when they knew that ISIS was coming, when they knew that ultimately, they would be met with either death or torture, did they back down? Did they say, ‘well, if they come to our door, then the easier thing will just be to convert?'”

These Christians declined to renounce their faith because even if they lose everything, they still have Jesus. For them, their relationship with Jesus Christ is worth more than their lives.

“Everyone here might not be called in your lifetime to die a martyr’s death, but you are called to live a martyr’s life. If we want to march for the martyrs, then we must first be willing to martyr our own lives before anyone else gets the chance to do it,” evangelist Shane Winnings said.