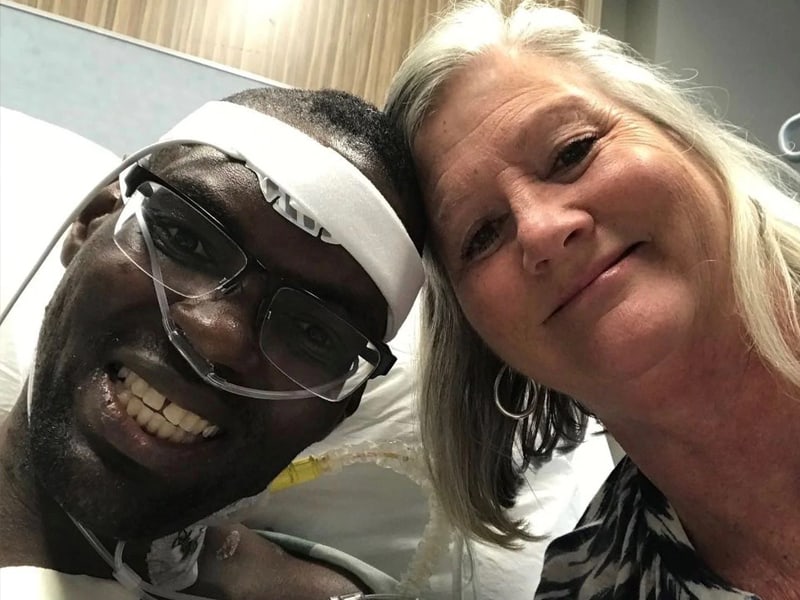 A 53-year-old nurse adopts a 27-year-old homeless man that she just met so that he could have a new heart.

Jonathan Pinkard was a homeless man who lives in men’s shelter and works as an office clerk in Warm Springs, Georgia. Therefore, due to health issues, he desperately needed a heart transplant. However, he was  not qualified to join the waiting list. Jonathan was not qualified to get a new heart because he didn’t have a support system to care for him after the surgery.

“It was a pretty scary situation to be in,” Jonathan said. “I had no idea what I was going to do.”

He needed a new heart

In December, four months after Jonathan learned he needed a heart transplant, he was again rushed to Piedmont Newman Hospital. This time, the nurse assigned to him was Lori Wood, a 53-year-old single mother to three grown-up sons. Meanwhile, Lori and Jonathan had only known each other for two days. But, upon learning about Jonathan’s situation, he did the unexpected!

“I couldn’t believe that somebody who had known me only two days would do this,” he said. “It was almost like a dream.”

After some discussion with her sons, which they all agreed, Lori offered to be his guardian. In other words, she volunteered to look after him just so he could have the heart transplant that he desperately needed. 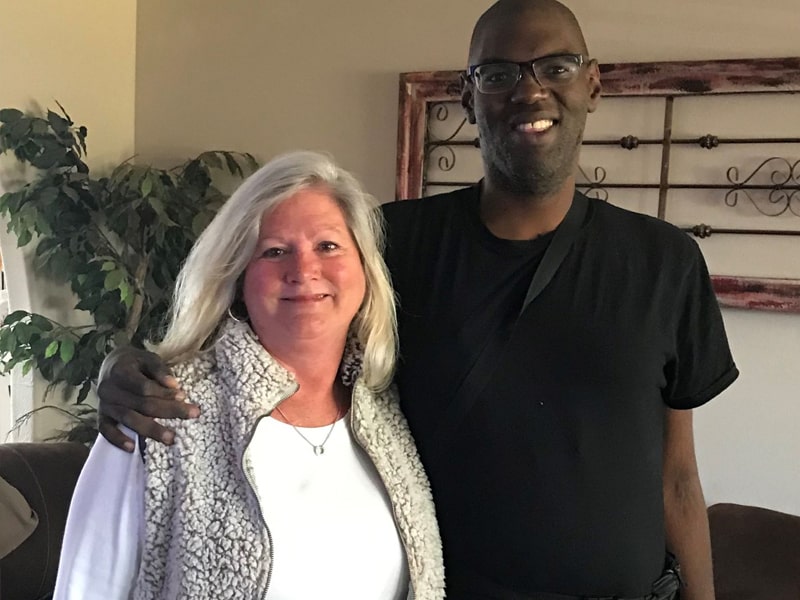 Lori had never done anything like this in her 35 years of being a nurse, but she said that something is different about Jonathan. What was standing between Jonathan and a new heart was that nobody could take care of him.

“That can be very frustrating if you know a patient needs something, and for whatever reason, they can’t have it,” she said. “It gnaws at you.”

In January, Lori took Jonathan home where he became her son and she became his second mother. They bonded over Family Feud and football and Jonathan would wait in the porch for Lori to arrive home from work.

“From the day I went home with her, she felt like my second mom,” Jonathan said.

A new heart for Jonathan

Six months after, Lori filed paperwork to legally adopt Jonathan before his transplant. In August 2019, a year after finding out he needed a new heart, Jonathan underwent surgery. The surgery was successful and Lori took good care of Jonathan.

Lori believes that it was God who orchestrated her meeting with Jonathan. Most importantly, both their lives were changed for the better.

“At some point, God places people in situations in your life, and you have a choice to do something about it,” she said. “For me, there was no choice. I’m a nurse; I had an extra room. It was not something I struggled with. He had to come home with me.”