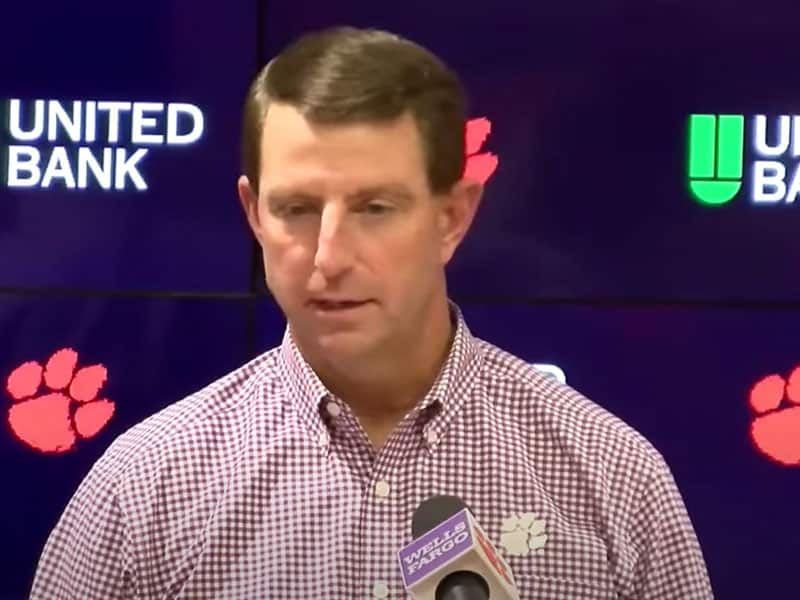 On Saturday, the Clemson Tigers lost to Notre Dame with a 35-14 score. For years that Dabo Swinney coached the team, it’s the worst loss they have experienced. The loss resulted in the team falling from ranking fourth to twelfth “in the AP’s weekly Top 25 College Football.” 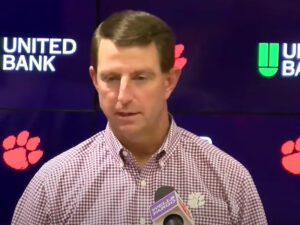 But despite what happened, Coach Dabo remained positive and hopeful.

“We missed an opportunity, but we have another opportunity this week,” he said. “And that’s the good news for us. Also, we’re a better team certainly than what we played the other night. We’re 8 and 1, not 5 and 3. And every goal we have is intact.”

The coach also quoted a Bible verse, choosing to see the brighter side of the situation. He emphasized that nothing could ever steal his joy, not even losing a game.

“I don’t grow weary, you know, I grow stronger,” he explained. “The Bible says that. Galatians 6:9 says, ‘Do not grow weary from doing what is right and good for, at the appropriate time, you will reap a harvest of blessing if you don’t give up.”

“That’s the big thing,” he further said. “And I’ve lived that my whole life – I don’t grow weary, I grow stronger. I’m excited about having a good Tuesday practice today and ain’t nothing gonna steal my joy.”

Coach Dabo further explained that it’s vital that good teams should always respond with the right perspective whenever facing losses.

“Because, if you don’t, then those bad moments define you,” he said. “You can’t let it do that. You’ve got to let it develop into what you’re capable of being as a team and as an individual player. That’s what good teams do.”