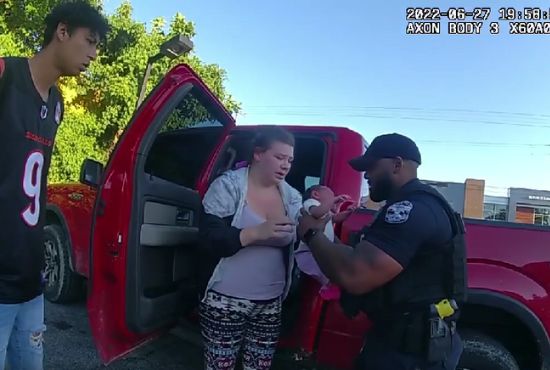 A police officer saved the life of a 1-week-old newborn who suddenly stopped breathing. The entire nail-biting scene was caught on camera!

Louisville Metro Police officers Noah Cole and Nick Greene were in the right place at a right time to save the life of an innocent baby. They were inside a gas station when a frantic man ran inside and asked them for help. He told them that their baby, Emma, had stopped breathing.

Without any second thought, the two officers ran out to help. Officer Nick immediately went to the baby who was in her mother’s arms and tried performing CPR on her little body. While officer Noah called for the rescue unit. The two officers were working against the time because every second counted to save that newborn baby.

“The baby was in the mother’s hands, and it was lifeless at that point,” Greene later explained. “We didn’t know if she was breathing or anything at all.” 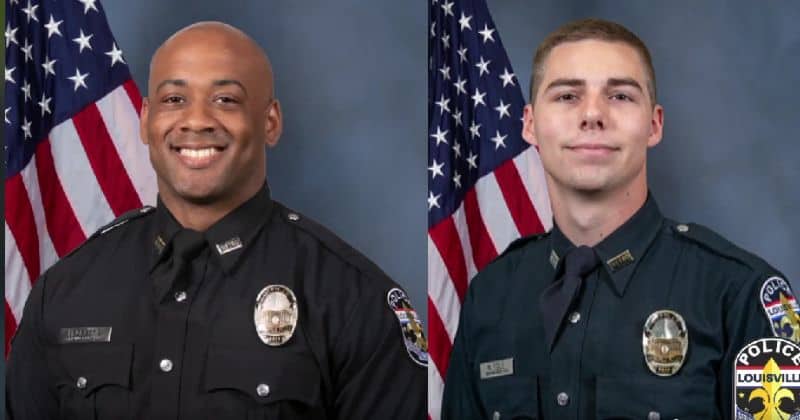 Thankfully, after a few moments, the baby let out a cry signifying that she was breathing again just fine.

“She started screaming, so that was a sign of relief,” officer Nick said. “When the baby starts screaming and whining, that was like, ‘Okay we have oxygen in the brain, there’s oxygen inside the body. So, that was the ultimate sign of relief.”

During an interview following the incident, they were able to share the entire story. Officer Noah also emphasized the importance of helping other people.

“When we have our interviews in the police department, I’m pretty sure everybody says, ‘Hey, I want to help somebody,’” Noah said. “This is just one of the things that we do every day. We try to help somebody.”

The 1-week-old Emma is now at home perfectly healthy thanks to the heroic act of the two officers. 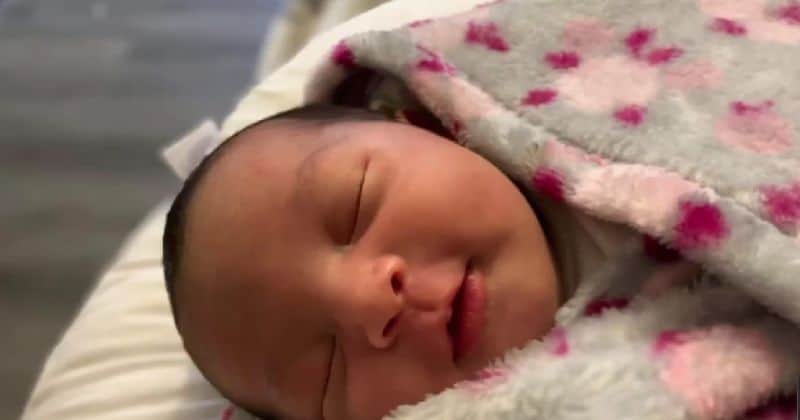