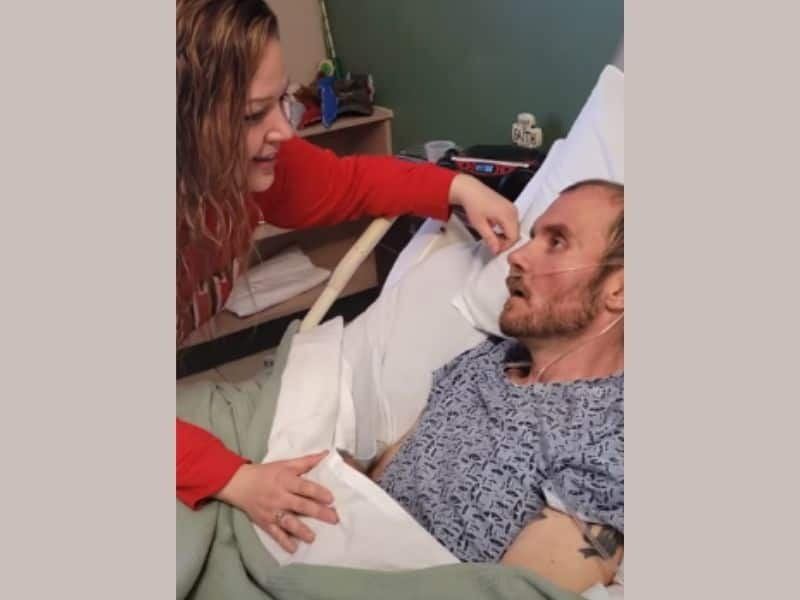 A wife from Tennessee says her goodbye to her dying husband by singing his favorite song, “Amazing Grace.”

Danielle Gibson’s husband, Tony, suffered from a rare degenerative, incurable brain disorder, or Creutzfeldt-Jakob disease (CJD). It is more commonly known as the human form of mad cow disease. “The disorder is almost indistinguishable from mad cow disease but is not spread through tainted meat,” said Dr. William Schaffner, an infectious disease expert at Vanderbilt.

In sickness or in health

Tony started experiencing memory loss in December 2017. “He would get so confused I would have to label the rooms in our home,” Danielle recalled. It took them months before the doctors at Vanderbilt University Medical Center in Nashville were able to diagnose Tony with CJD.  “Doctors gave him six months to a year at best to live.” 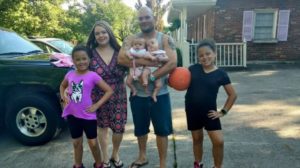 From then on, Danielle took care of Tony. Indeed, in sickness or in health, she never left his side. The couple has two sets of twins aged 2 and 11. “It’s all sinking in. He loved our kids so much. It’s terrible. I feel such a lump in my throat, and its surreal, him not being here anymore,” Danielle told PEOPLE.

“I’m gonna miss him playing with our babies. He was a great dad. He was our protector. I never felt scared. I’m gonna miss hearing him say, ‘I love you.’”

Three days before Tony died, Danielle got to sing his favorite song, Amazing Grace. The video showed how Tony immediately responded upon hearing his wife’s lovely voice. The uploaded video reached thousands of viewers. They also comforted Danielle with messages of hope and supported her financially through her GoFundMe page.

On January 30, 2019, Tony went to his heavenly home. “I would like to ask for prayers of strength and peace, especially for our daughters. Tony has always been so strong. He fought a damn good fight. Our hearts are broken but we take comfort in knowing this fight is over,” Danielle said.