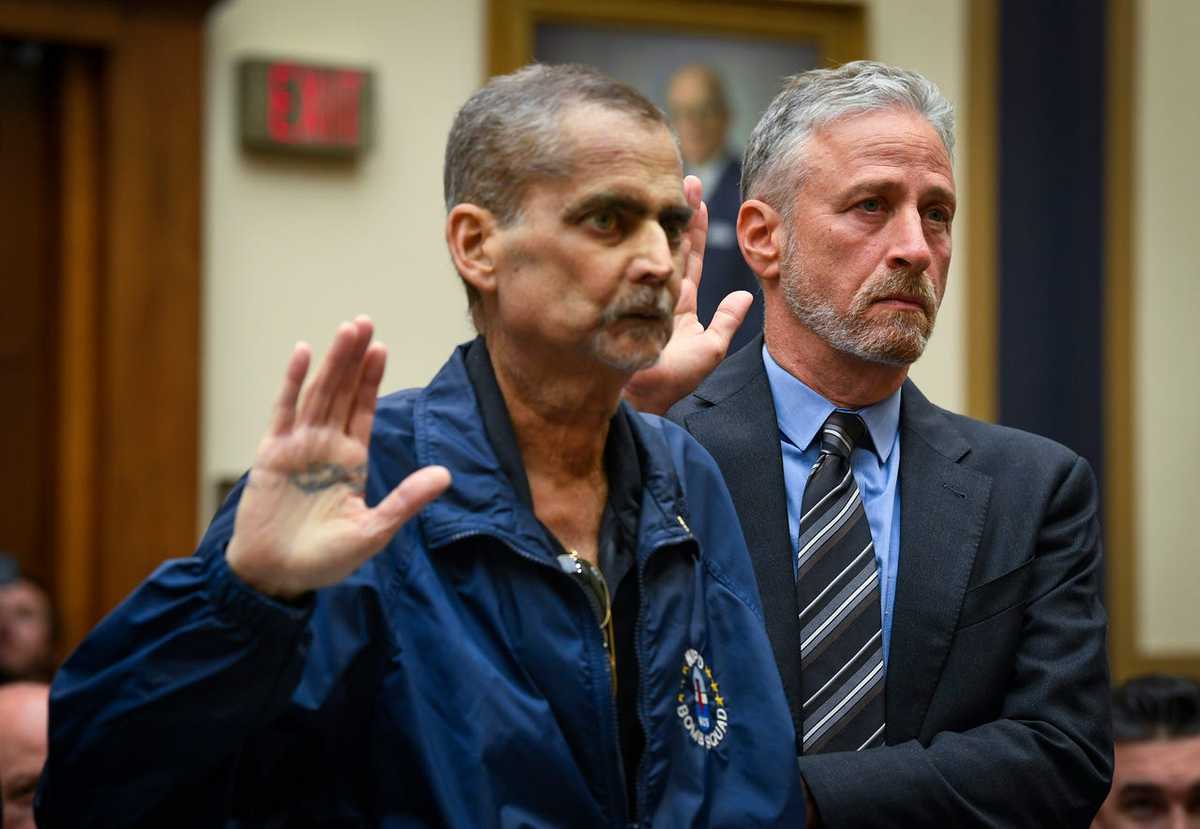 9/11 first responder Luis Alvarez (Lou) has made one of the most moving appeals on behalf of all first responder victims still suffering the after-effects of Ground Zero. Luis himself is a cancer patient, presently in Hospice care.

On that tragic day in 2001, Luis who was serving as a NYPD bomb-squad detective, ran towards the danger, like scores of other first responders. They also continued to serve in the months that followed the attacks – at Ground Zero in an effort to bring closure to 9/11 victim’s families.

In an interview on Fox News’ Shepherd Smith Show, Luis insisted that he is ‘not special’ and that he only did what anyone would have done on that day – he did the ‘right thing’.

After appearing before a House Subcommittee only a week ago, Luis was preparing for his 69th Chemotherapy session since his diagnosis in 2016. However, medical staff noticed his symptoms had worsened.

Treatment was stopped and he was rushed into Hospice care within hours. A born fighter, Luis continued his campaign to bring some sort of justice for those still suffering the ill-effects of the toxic dust in the aftermath of the attacks,

He wanted to make one last appeal and urge the Senate to pass the crucial bill in July which will ensure the 9/11 Victims Compensation Fund will continue to help victims and their families for years to come. With this aid they will not have the stress or worry or the financial burden, particularly of health care cover.

“He will cover you with His feathers, and under His wings you will find refuge; His faithfulness will be your shield and rampart.You will not fear the terror of night, nor the arrow that flies by day.” (Psalm 91:4-5)

Luis was diagnosed 16 years after the attacks took place, but he says the potential risk for thousands more in the future to have a similar experience is very real.

Mark Farfel, director of the World Trade Center Health Registry, tracks the health of more than 71,000 rescue workers and survivors. In actual fact over it is believed that hundreds of thousands are affected.

Newsweek reported in 2016: “400,000 are estimated to be affected by diseases, such as cancers, and mental illnesses linked to September 11. This figure includes those who lived and worked within a mile and a half of Ground Zero in Manhattan and Brooklyn, the vast majority of whom still don’t know they’re at risk.”

Our heads are bowed for Luis Alvarez and his family at this extremely difficult time. We thank Almighty God for giving Luis such amazing strength, courage and perseverance. His tenacity teaches us all to never give up and always do the right thing.

We pray that our leaders in Congress will indeed do the right thing in July and release the funds for our 9/11 heroes. We pray that they will see beyond the flesh with understanding and resolve to lift the financial burden from our sovereign heroes.

Since this article was first published Mr Alvarez passed away on Sat June 29th, 2019. Our prayers are with his family at this time.