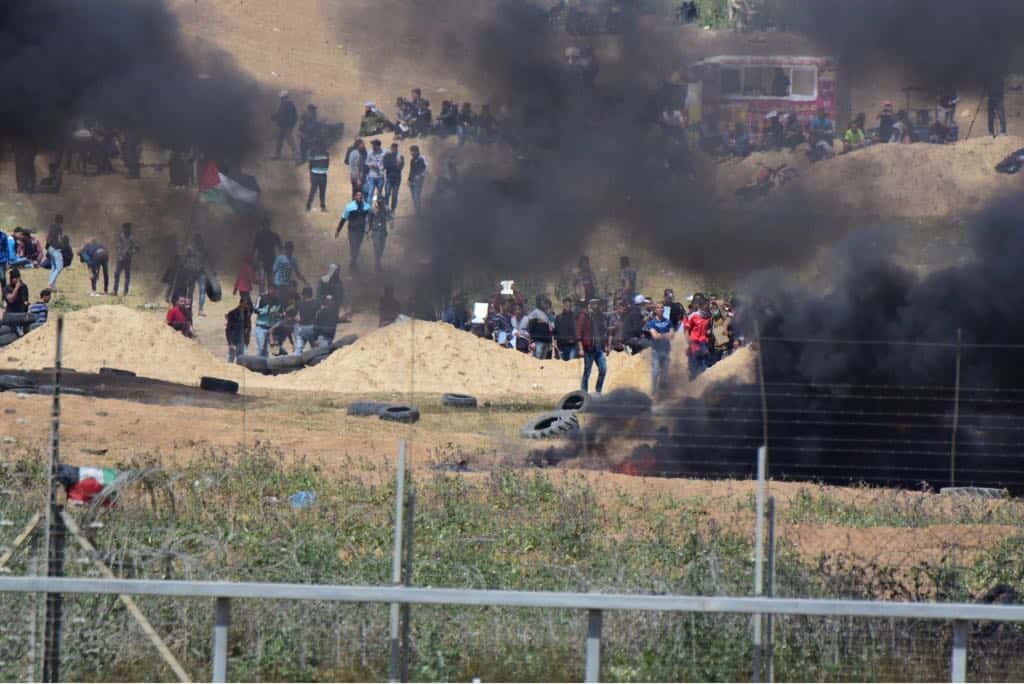 Hamas paid the parents of an eight-month old baby who died of a blood disorder to say that she had been killed as a result of tear gas fired by IDF soldiers during riots along the Gaza border, states an indictment filed Thursday at the Beer Sheva District Court against a Palestinian who was caught attempting to infiltrate the border and is related to the family.

Mahmoud Omar, 20, a member of the Fatah affiliated Harakat al Mujahideen, was indicted for membership in a terrorist organization, undergoing weapons training for the purpose of carrying out a terrorist attack, attempting to infiltrate the border and attempting to sabotage IDF property.

Omar was arrested, along with two other Palestinians,  after they cut the border fence near the Karni Crossing in the northern Gaza Strip and attempted to set an IDF outpost on fire.

Omar revealed during his interrogation that on May 14 – when thousands of Palestinian rioted along the border to coincide with the opening of the United States embassy in Jerusalem  – his mother had called him to say that his cousin, eight-month old Leila Anwar Ghandoor had died.

Omar told interrogators that Leila had died of the same blood disorder that had killed her brother Salim in 2017, but his aunt Myriam and her husband Anwar had told the media that Leila had died as a result of inhaling tear gas during the riots along the border, after being paid NIS 8,000 by Hamas leader Yehiya Sinwar to lie to the media, Omar said.

This article was by TPS • Photo by IDF