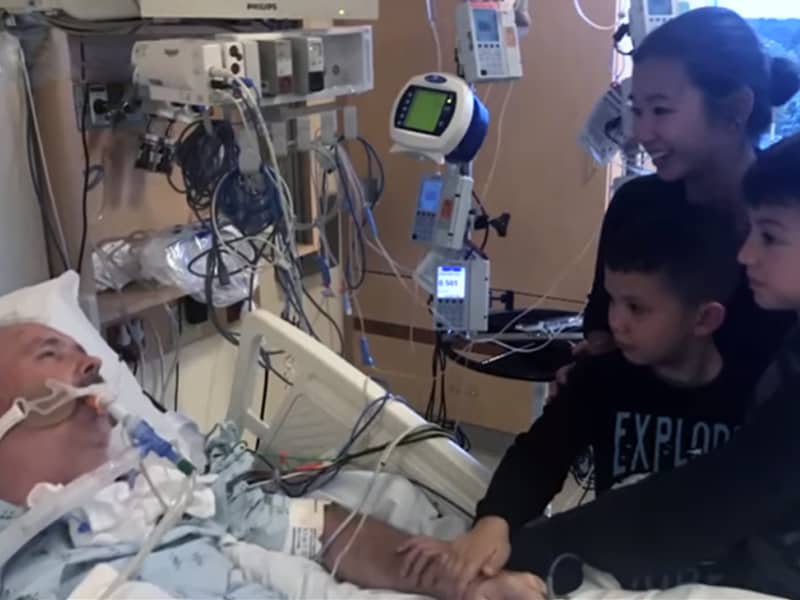 A man is dead for 13 minutes but after his entire congregation gathered in prayer and worship, he miraculously woke up.

Pastor Jim Dumont decided to go out for a walk one evening. About the same time, his wife Pam, was suddenly overcome with fear and anxiety. Pam, heeded the silent warning and went looking for her husband. While searching for Jim, she noticed two ambulances down the road and then she saw her husband lying on the ground.

Jim’s body was a terrifying shade of blue and the EMT was struggling to resuscitate his lifeless body. Pam immediately called a church elder, Paul, to ask for intercession and he made a bold declaration:

After being dead for 13 minutes, Jim miraculously regained a pulse. He was rushed to the Central Maine Medical Center to receive care and determine whether or not there was brain damage.

Doctors were expecting that Jim would wake up within 36 hours, but for days, he remained unresponsive. But the church held on to their faith in God and stood on the Word declared by elder Paul despite the negative reports.

As Jim’s grandchildren were visiting him they began to pray over him and a miracle took place: he suddenly opened his eyes. And to everyone’s joy, it was discovered that he had no brain damage.

“Don’t ever underestimate the power of our resurrected Savior. The Bible says that He’s able to do it above and beyond what we can hope or imagine. So don’t limit God,” Pastor Jim said in an interview with The 700 Club.