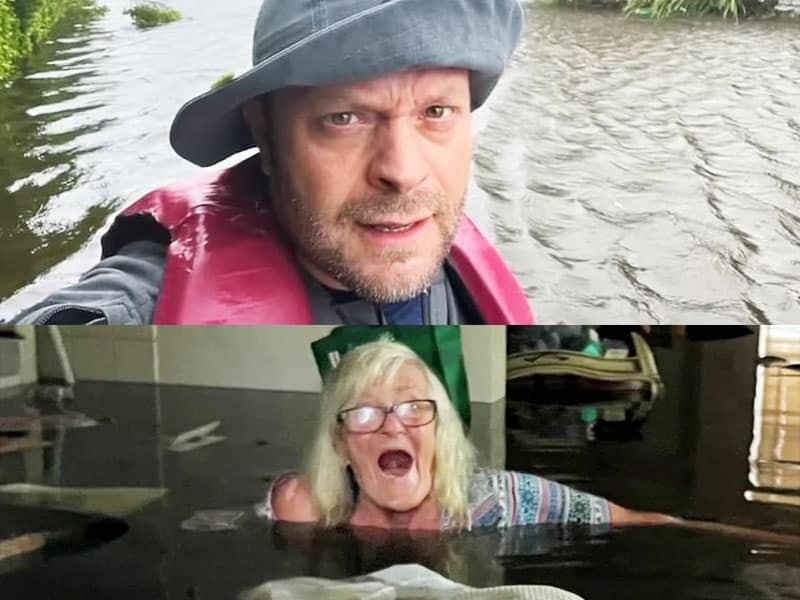 A man bravely rescued his 84-year-old mother amid the floods caused by hurricane Ian and thanked God for their safety.

When the flood hit Florida, former Police Officer Johnny Lauder monitored his elderly mother’s situation. She was four blocks away from his house when the water levels rose. At first, the 84-year-old refused to vacate her home. But as the waters continued to rise and reached her neck, the son immediately took action. 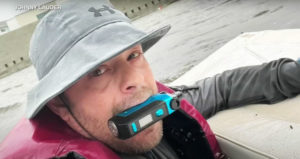 Despite the flooded street, Johnny went out and swam through the waters to rescue his mother. He took “a life jacket, floatation device and even a kayak” with him, according to the report. The former policeman felt nervous, but the thought of his mom’s safety drove him.

Johnny recorded the entire ordeal on his phone. He updated his family throughout the rescue process and even sent pictures to them.

Forty minutes later, Johnny reached his mom’s house and found her shivering. He immediately wrapped her mom “in dry sheets.” Soon, his son, Xavier, also came to the rescue. They then moved the elderly out of the dangerous waters in a wheelchair. 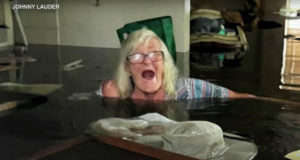 Following the successful rescue, Johnny humored in an interview how he became an “aquaman” that day. Moreover, he shared how it has always inspired him to see and hear heartwarming stories. But he didn’t expect to become one of those heroes one day.

“In these times of darkness, we need a little bit of light to smile,” the former Police Officer said. “I love those stories, I just never thought I’d be one.”

Finally, Johnny remarked, “Like a computer, you have two buttons, you have power and reset. Thank God, it was my reset button that was hit and we can push forward”.