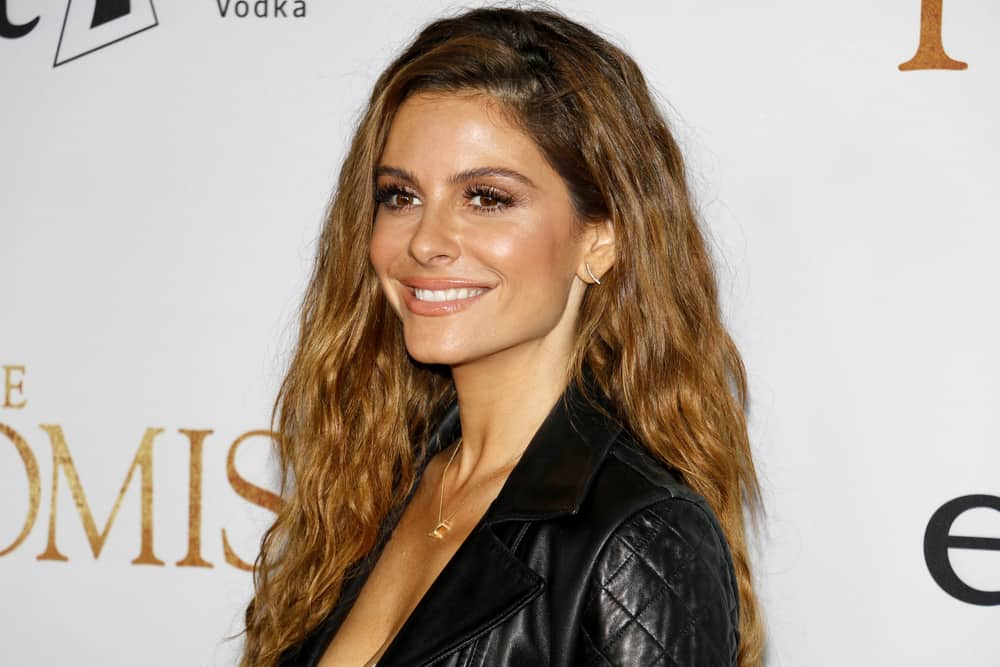 E! News co-host Maria Menounos, considers her battle with a brain tumor a ‘blessing,’ and a gift.

Despite being diagnosed with brain cancer, she still believes that her situation was a blessing!

E! News co-host Maria Menounos, considers her battle with a brain tumor a ‘blessing,’ she knows that the news of her cancer diagnosis does not mean that God is not still at work in her life. Her story of hope in the midst of adversity is truly inspiring!

Aside from being an entertainment reporter, Maria Menounos is a professional wrestler, actress, and a businesswoman. She hosted Extra and E! News and is currently the CEO of an online podcast series entitled AfterBuzzTv.

Maria’s mother was previously diagnosed with stage 4 brain cancer and was able to bravely and courageously fight it.  Despite her busy schedule, Maria still managed to be at her mother’s side throughout the difficult journey of being a cancer patient.

While her mother was going through treatment, Maria started experiencing similar symptoms: headaches, dizziness, and stammered speech. She knew they were the familiar symptoms of brain cancer.

But in 2017, she too found herself in the same situation as her mother and was diagnosed with brain cancer.

Happy Mother’s Day to my beautiful mama! Little update-she continues to get amazing mri’s and her brain tumor if that’s what’s even left (could be scar tissue) is stable. Lots of work to get here but so grateful to god for giving me and my family another Mother’s Day to celebrate her! Thank you to all who have prayed for her along the way! It’s working! Coming up on 3 years with glioblastoma later this summer. ???? #mothersday

Bad news doesn’t mean God is not still at work

Recalling all the symptoms that her mother experienced, Maria suddenly felt that she too was having issues that were a haunting reminder of her mother’s own struggle with cancer. When she began experiencing headaches and dizziness, along with stammered speech, she feared it could be brain cancer.

I said, ‘I know you’re going to think I’m crazy, but I feel like I have a brain tumor like my mom,'” Maria recalled telling her doctor.

Maria was right, the doctors have discovered that she has a brain tumor like her mother. But this bad doctor’s report hasn’t topped her from believing that God is real and is always at work.

She believed that her situation was a blessing!

Maria laughed at her sickness

Maria went to the same doctor for help, that treated her mom. After some diagnostic tests, the doctor found a golf ball-sized tumor on her brain.

“I didn’t cry. I actually laughed, It’s so surreal and crazy and unbelievable that my mom has a brain tumor – and now I have one too?” Maria said.

“He said there’s a six to seven percent chance that we’ll see it come back…But I’ll take those odds any day,” she added.

Maria viewed her situation as a ‘blessing’

She knew that from the start her condition would bring about good, despite the fear of the cancer prognosis. It was a time of bringing her family closer together, which was a blessing in disguise.

“I think that there have been a lot of beautiful things that have come even just from my mom’s illness,” she said, as she seeks to find the good in the situation..

“For me, I saw it as a huge blessing and a huge gift because I needed to change my life,” Maria said, shedding tears.

“I’ve said it before, we’re caretakers as women and we help everybody and we put ourselves last always. And I don’t think that we – at least for me – I guess I realized I didn’t value myself in a lot of ways. And so I think that was a really important lesson,” she added.

Maria posted on her Instagram account recently that her brain tumor recovery has allowed her to do things she never had time to do before.

Thank you @successmagazine for this piece on me, why @undergaro and I started @afterbuzztv @bhlonline & @thepopcorntalk, and how my brain tumor changed the way I view and want to live life— It’s been all about slowing down, only spending my time on the things and people I’m passionate about and helping and uplifting others along the way.

Read also: New Bride Refuses to Give Up Hope Despite Brain Tumor