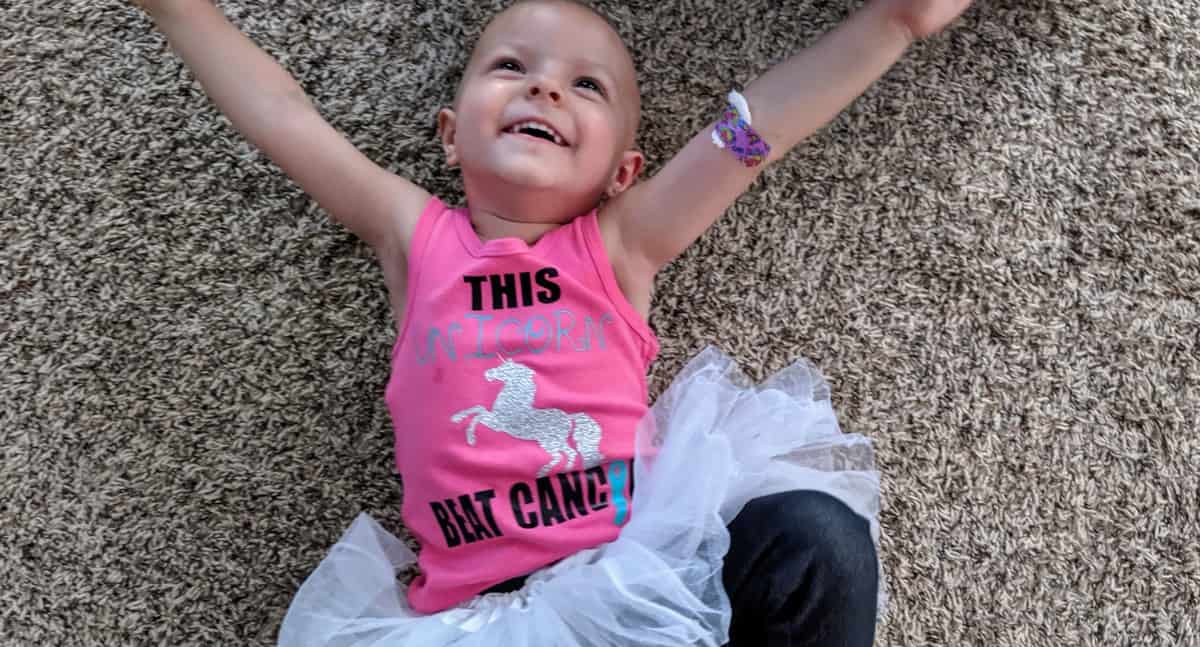 2-year-old wins her battle with a rare type of ovarian cancer.

McKenna Shea Xydias, known as Kenni, from Senoia, Georgia was diagnosed with a rare type of ovarian cancer in February of this year. Just a month prior to her diagnosis, Shea had a fever, bloated stomach, and she seemed not herself. Kenni’s mother, Meagan, decided to make an appointment with a doctor.

“We took her to the doctor. At that point they thought it was gas, so they told us to give her gas drops and let them know if she got any more fevers,” Mike, Kenni’s dad told the news outlet.

But Kenni’s condition worsened so the doctors decided to run more tests. After an x-ray and an ultrasound, they found masses growing inside Kenni’s tiny body.

The 2-year-old had several tumors including one in her liver and an ovarian yolk sac tumor. All her tumors were malignant and had to be removed immediately. The doctors were forced to remove one of her ovaries and a part of her small intestine. Kenni also underwent four rounds of chemotherapy for four months.

But Kenni is a fighter and full of life!

“She’s the youngest child, where she is the boss and she’s extremely stubborn, which a great character trait in going to fight cancer. She doesn’t let anything stop her,” Mike said.

A family friend created a GoFundMe page in February to help surround Kenni’s family with love and support:

“I hope that raising this money will help to ease their worries as they will be taking time off for scans and blood work. Anything will help, including prayers. God is good!”

And indeed, God IS good. On June 12, the good news was delivered to the Xydias family: Kenni was cancer free! After a series of tests, the doctors discovered that cancer on Kenni’s body was completely gone.

Praise God for Kenni’s life! Share with someone who needs