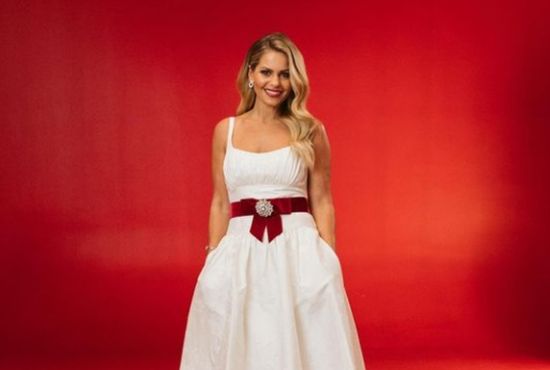 Christian actress Candace Cameron Bure responded to the media condemnation she received after she made a bold statement during a recent interview.

In a recent interview with Wall Street Journal, Candance talked about her upcoming Christmas special on the Great American Family channel. During the interview, she made a statement saying that GAF “will keep traditional marriage at the core,” unlike her former network. That comment sparked a huge controversy.

The media condemned the Christian actress for that statement. Some celebrities also called out Candace saying that her statement was “rude and hurtful to a whole community of people.” After being silent for a while, Candace has now responded to the criticism she received.

“It absolutely breaks my heart that anyone would ever think I intentionally would want to offend and hurt anyone,” she wrote in an Instagram post. “It saddens me that the media is often seeking to divide us, even around a subject as comforting and merry as Christmas movies.” 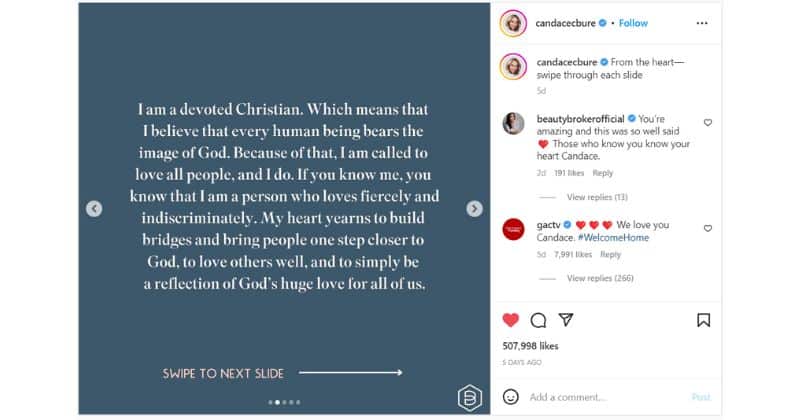 She then continued to emphasize that as a devoted Christian, she is called to love all people, without any discrimination.

“If you know me, you know that I am a person who loves fiercely and indiscriminately. My heart yearns to build bridges and bring people one step closer to God, to love people well, and to simply be a reflection of God’s huge love for all of us.”

Candace also called out to the people behind the media who are responsible for the controversy she was in.

“To the members of the media responsible for using this opportunity to fan flames of conflict and hate, I have a simple message: I love you anyway.”