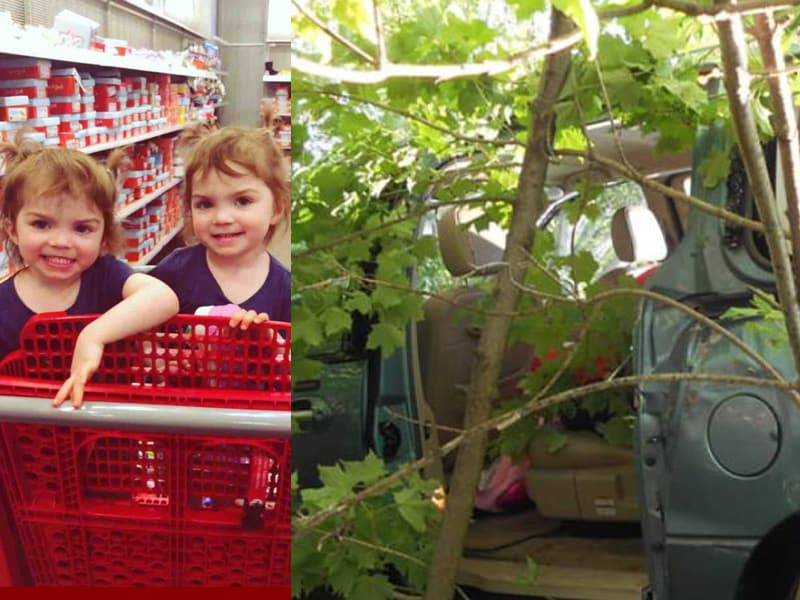 A mother of twins praised God after her baby daughter narrowly escaped death in a terrible car accident.

Megan Newman from Georgia was with her twin daughters, Elena and Bella, at the aquarium on July 11th. It seemed like an ordinary day for the family until an unfotunate thing happened.

“When I got home I did my usual, put my car into park and emergency brake on since I live on a steep hill in Duluth. It’s just a must,” Megan stated. 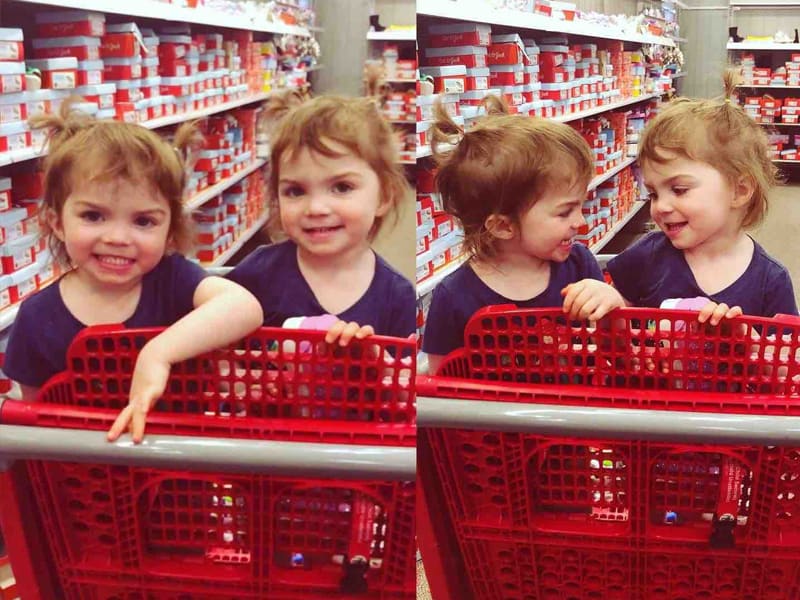 She tried to pull the key out of the ignition but it wasn’t budging.

“Tried taking out my key but it was stuck. So I unbuckled the girls, got Elena out first and tried to get Bella out but she was being a stinker and she didn’t want out of the back seat. That’s when I tried taking out the key again and it wasn’t budging, so I decided to go ask for help from my neighbors who were sitting outside,” she added.

“Your car is rolling down the hill!” 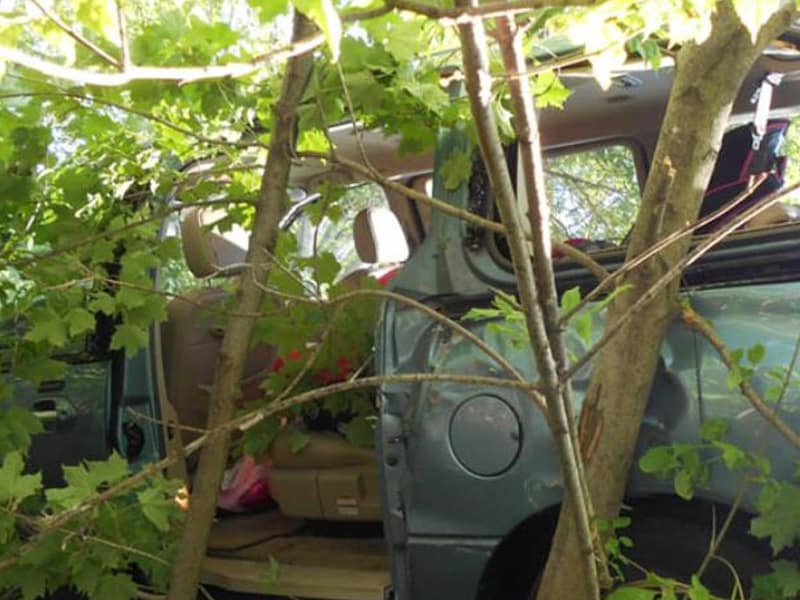 The next thing she knew, her neighbors were yelling, “Your car is rolling down the hill!” Megan turned in horror to see her car slipping away with her little daughter still buckled inside. She bolted after the car terrified for Bella.

“The van rolls away with one of the toddlers inside and into busy Mesaba Avenue traffic, striking a vehicle and lodging into the trees on the steep hillside below. The van was partially suspended in the trees above the ground,” Duluth Police Chief Mike Tusken reported.

Thankfully a police officer was driving by when he witnessed the accident. Officer Simmons was able to rush to the crash site, call for an ambulance, and pull Bella out safely.

“She came out with barely a scratch on her. It’s truly a miracle,” Megan told The Star Tribune.

Thank God for His perfect timing!