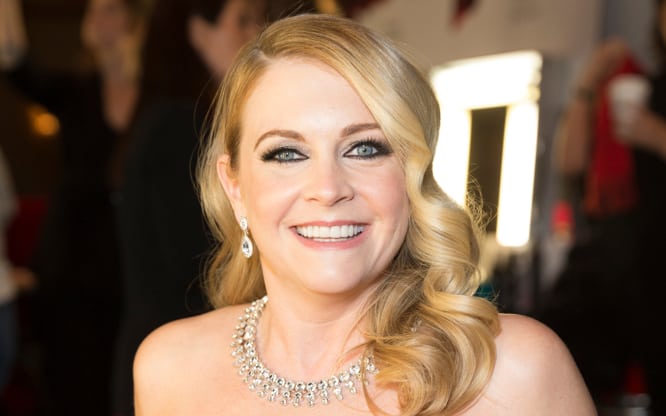 In a recent ABC podcast interview on “Journeys of Faith” with Paula Faris, actress, Melissa Joan Hart opens up about the balance between faith, her upcoming Netflix show “No Good Nick” and raising a faith-based family.

While she has been facing some persecution for her faith in the Hollywood scene, Melissa Joan Hart stands strong in her faith. Her decision to do “God’s Not Dead” was not an easy decision, deciding to dive into a faith film, trusting that it would turn into a film that the industry would recognize beyond the typical faith based project. It turned out that Hollywood decided to pour more funds into the movie than what used to be the reality for faith based films which was great news!

She was happy to report that both the Christian film and music industry are gaining ground and gaining funding, respect and recognition in Hollywood. Melissa also mentioned that there were apologists and theologians on set of this Christian project that are there to work with the actors. She even had the opportunity to sit and ask them questions for hours on end.

Her faith journey began as a child on Long Island. Her husband was also raised as a Christian in Alabama. Once they married they decided to go to church together and it instantly felt like home. They decided to raise their children with Christian values and they even attended a Christian pre-school when they were young.

In her Journeys of Faith interview, Melissa talks about about her daily walk with Jesus, from raising her kids in the faith, surrounding herself with faith-filled friends, attending church regularly, crying at the sounds of “How Great Thou Art”, etc.

Hart tells Faris that she sometimes struggles with doubt just like anyone else, but, “Then I close my eyes and tap into the Holy Spirit and let Him speak to me. And you feel that warmth and you feel that change.”

She tells of how she engages with the Holy Spirit for the protection of her own home declaring: “this is a Jesus home”. She also tells us how she has found that “darkness is just the absence of light… without Jesus you just have this darkness”.

Melissa Joan Hart seems to have a very genuine relationship with Jesus. Which a refreshing reality especially in the Hollywood climate we seem to be facing today. She pushed back her reservation of being included in a faith based film in fear that it would be another cheesy Christian project, only to find that it pushed her faith even deeper.

Some may say that revival looks like family. And with Melissa Joan Hart doing family well, raising kids who tell their friends about Jesus, a husband who inspires her own faith, I’d say she’s inviting the Kingdom of God into the film industry more that any of us may ever realize.

Toward the end of the interview, Faris asks Mellissa this question: “Where do you think you’d be without your faith?”

Melissa’s answer: “God has a reason for everything… Now I have this understanding that it’s gonna be OK. I have this kind of calm and peace that I feel like people don’t have if they don’t have faith.”

Hart’s most recent project, “No Good Nick” will be featured on Netflix soon. It’s a comedy about a couple who take in a 13-year-old into their family only to discover that she seems to be con artist with a hidden agenda.