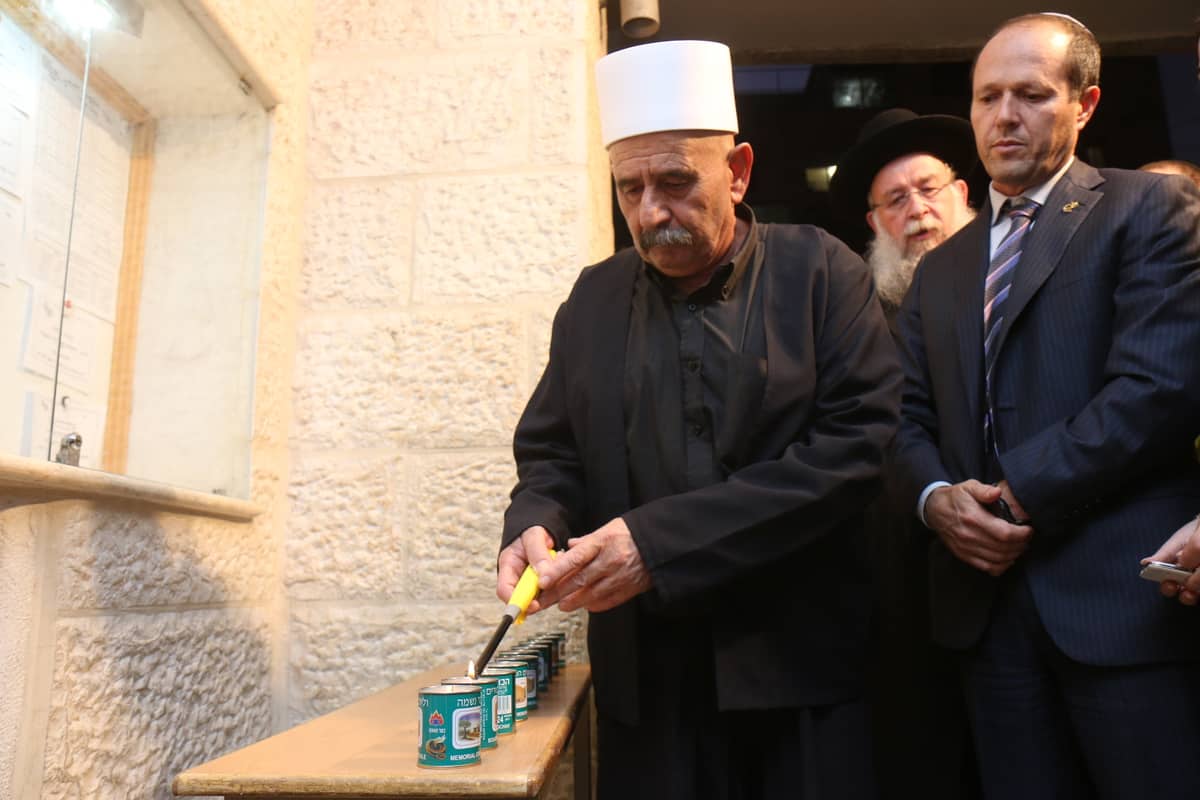 Shady Zidan, a deputy company commander in an IDF combat unit, said Tuesday that he would resign his commission in the army and retire from military service to protest the controversial nation-state law. Zidan’s move coincided with a Meretz Party petition to the High Court of Justice to strike down the measure on grounds that it is unconstitutional and contradicts the principle of equality:

In an emotional Facebook post, Zidan a Druze resident of Haifa, said he had risked his life and sacrificed time with his family in order to defend the State of Israel, only to be told that he is a “second-class citizen.”

“Until today I gave everything for the state. I risked my life, I didn’t go home (for a long time), I did everything and more. Until today I stood proudly for the State flag and saluted it, I sang Hatikvah because I believed this was my country and I that was equal to everyone.

“But today, for the first time in my life, I refused to salute the flag… from now on I join the struggle and I will no longer serve this country,” he concluded.

Zidan is the second Druze officer this week to quit the army in the wake of the controversial nation-state law. Sunday, Capt. Amir Jmall, a battalion commander in an infantry combat unit, told Prime Minister Netanyahu in an open letter that he would leave the IDF and called on Druze community leaders to block compulsory conscription for Druze to the measure.

“This morning, when I got up to go to my base, I asked myself why?” Jmall wrote Sunday, also on Facebook. “Why should I serve the State of Israel? My two brothers and I served with devotion, mission, and love for the homeland. At the end what did we get for it? We are second-class citizens. Should I continue to serve? I do not want to continue, and I am sure that hundreds of other people will resign from the army because of the decision that you and your government have made,” Jmall wrote in a post that was removed a few hours later.

Some Druze officials rejected the call to boycott the IDF, however, saying that the community’s goal is to amend the nation-state law in order to include minorities.

“I have told Druze soldiers not to leave the IDF because the battle we are currently fighting is in the civilian arena, not the military,” Safwan Marich, director of the anti-nation-state law campaign in the Druze community, told TPS. “This is our homeland, we aren’t going anywhere and we aren’t leaving the IDF. This protest is not by the Druze community alone, but by all the Israeli people. Our protest is against the fact that the nation-state law defines the state’s identity but as a minority, I am not included.

“We want democratic values (to be represented in the nation-state law). That would connect me to the Jewish people, like to everybody else,” Marich said.

Responding to the resignations, the IDF Spokesman’s Unit said that Jmall had been summoned to a meeting with his commanding officer, and added that Druze and other minority populations would continue to play an important role in the army.

“Soldiers and officers, members of minorities, regular army officers and reserves, were and will be a central part of the IDF, on and off the battlefield,” the Spokesperson said in a statement.  “Their contribution over the years is worthy of praise and recognition of a covenant of blood.

“(But) military discipline cannot tolerate the expression of any political positions,” the spokesperson concluded.

On August 8 the Knesset will convene for a special session to discuss the controversial measure, which was ratified by the Knesset on July 19. On July 28, MK Zohair Bahaloul (Zionist Union) resigned from the Knesset to protest the law, and members of the Druze community, including IDF veterans and reservists, have denounced the bill and called on Prime Minister Binyamin Netanyahu to work on getting the measure repealed.