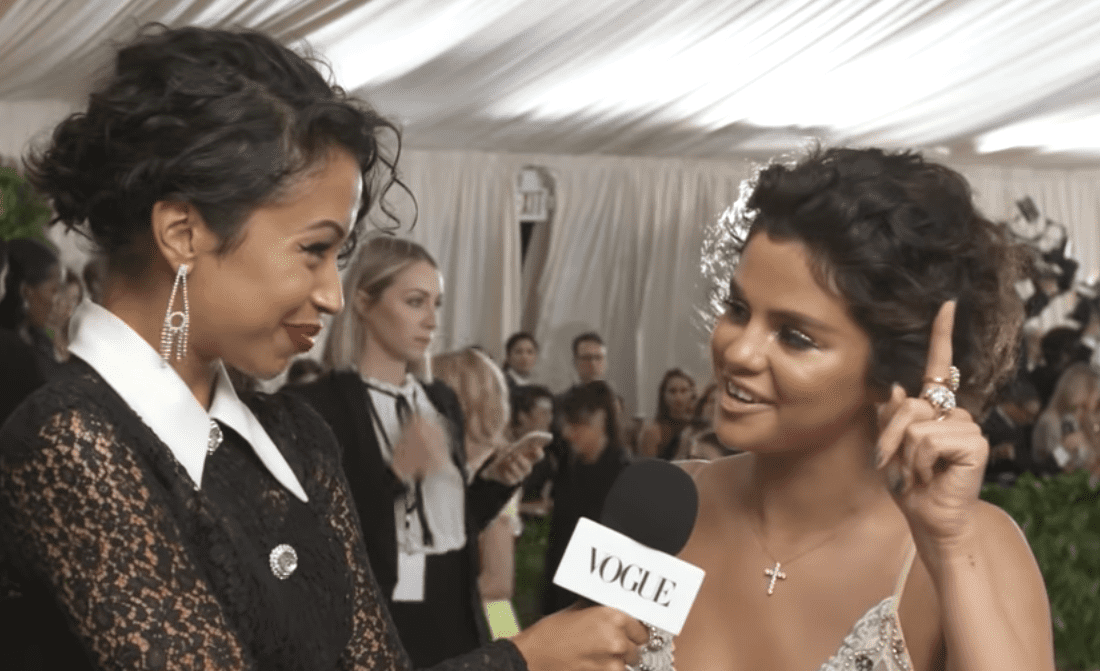 WATCH: Selena Gomez Talks Jesus and Being Inspired by Queen Esther on the Red Carpet.

SG: Jesus and Being Inspired by Queen Esther

Selena Gomez has zero shame to talk about Jesus wherever she goes; even at this year’s Met Gala. The Met Gala theme for 2018 was Heavenly Bodies: Fashion and the Catholic Imagination, and Selena took it as an opportunity to reveal her Biblical-inspiration.

In a brief red carpet interview with Vogue, Selena shares that she was inspired by the strength of Queen Esther in choosing her look for the evening. When asked if there was anything that she wanted to confess before she went in, Selena said she was, “pretty sure my relationship is in check with Jesus” before sharing her gratefulness to the Met being a charitable organization.

We are proud of Selena’s continued strength and her fearlessness to talk about Jesus, even under the scrutiny of Hollywood!

Selena Gomez on Her Faith and Her Queen Esther Inspired Dress | Met Gala 2018 With Liza Koshy
May 10, 2018 0 comment
0 FacebookTwitterPinterestTelegramEmail