BREAKING
Cancer Patient Survives A ‘Death Sentence’ & Receives A Surprise From Jennifer...
TikTok Kid Preacher Feels God In His Prayer Time; “I Am Not...
“Jesus Appeared To Me Twice So That This Message Will Be Delivered...
Home Tags Posts tagged with "#MeToo"
Tag: 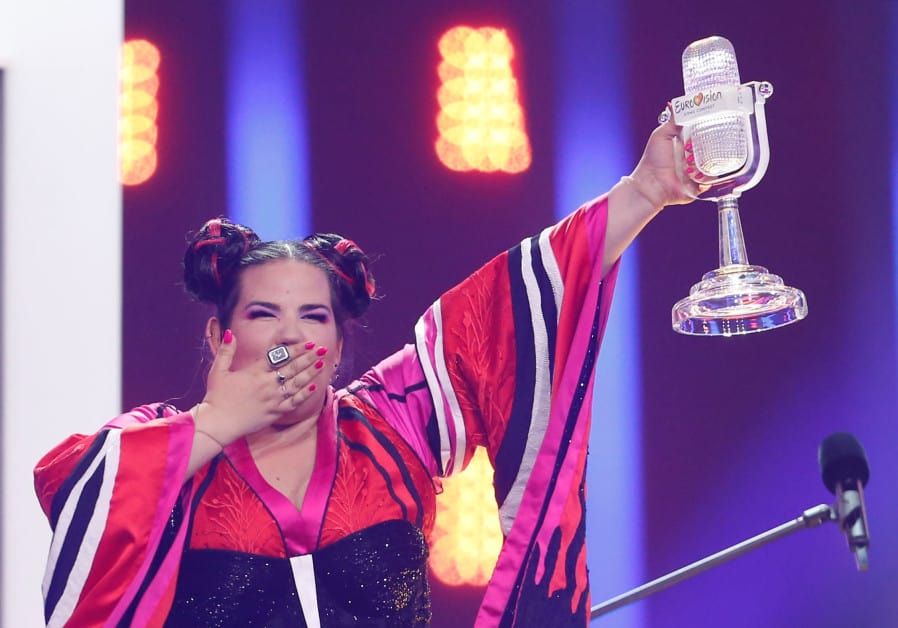 Netta’s win is a blessing for Jerusalem

Living in Israel, all the exciting stuff happens when I am sleeping: Iran bombs Israel and Israel destroys Iranian infrastructure in Syria, the Super Bowl and NBA Playoffs, etc. etc. And last Saturday night was no different, because at 3am Netta Barzilai (known here as simply Netta) won the annual Eurovision competition for Israel.

I woke up at 6:30 am and realized we were out of milk. I groggily walked to the gas station and bought chalav. I picked up the free Israel Today newspaper, when a cabby asked me to give him a copy. I threw it through his window and grabbed another. The headline in Hebrew, “Next year in Jerusalem.” That is what we say every year during Passover, but this was speaking of Eurovision.

If you are from the USA, I know what you are asking, “What is Eurovision?” But in Europe and even in Israel, there is no one who does not know what Eurovision is. It is an international song competition that started in 1954. It is cheesy, annoying and I mostly ignore it. Israel has won the competition three times before.

But given the fact that we are the most hated country on earth, I didn’t see us winning again until at least the millennium—though I hope one of the first things Yeshua does when He returns is to abolish it!

What is God saying

So let me be serious for a minute. God is always speaking through world events. And it doesn’t mean that He condones everything about an event, if He speaks to those with ears to hear. The song is not particularly one I like, but the message was interesting. The song, Toy, is connected to the #metoo movement. Netta sings, “I’m not your toy, You stupid boy.”

But as a proud Israeli, she is also saying to the world, “We don’t care what you think about us. We will not be cowards.” Intended or not, there was a prophetic message released through her song.

It is interesting to note that she won on May 13th, the day before Israel’s 70th re-birthday and the day that the USA opened its embassy in Jerusalem, a clearly prophetic event in my opinion. God is saying, “My favor is on Zion.”

And though the nations rage against Him (Psalm 2:1-2) as He favors Jerusalem,  He mocks them in his laughter (Psalm 2:4), because, as Netta cried out after winning, “There is nothing like an Israeli party. You will find out next year. Next year in Jerusalem.”

Yes, Israel wins the right to host Eurovision next year in our capital Jerusalem. She was a bold ambassador for Israel, “Israel deserves a reason to celebrate. I love my country.”

Funnily enough, I thought I caught our Prime Minster make a typo on Twitter this morning when he wrote, בוקר טוי instead of בוקר טוב. The latter spells boker tov—good morning. Only later did I realize he was paying homage to Netta, as it say boker toy—the name of her song.

“These days, Jerusalem is blessed with many gifts. We received another one yesterday evening, with Netta’s suspenseful and shining victory,” Netanyahu shared this morning, “The gift was that Eurovision will be coming to Jerusalem next year, and we are proud to be hosting it.”

Yes, God is showing that His favor is on Zion—His grace is on Jerusalem.