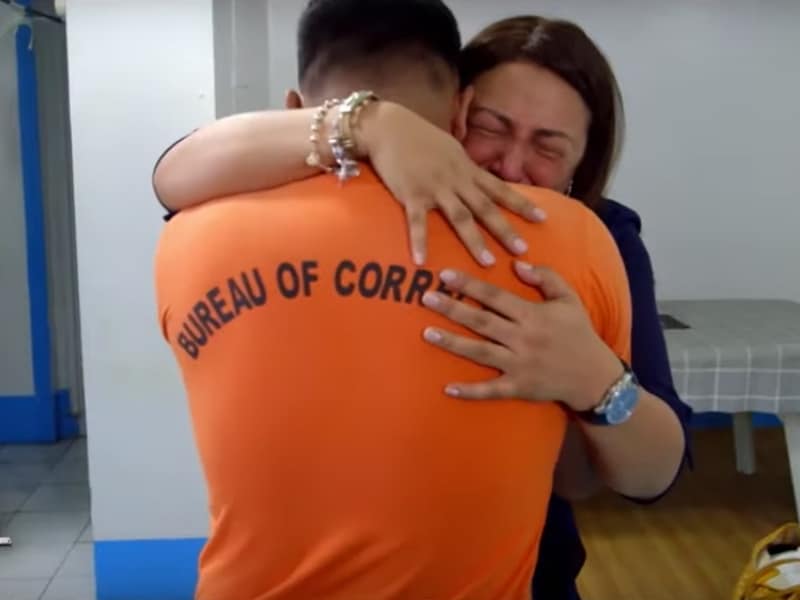 Radical Love is this: woman meets her mother’s killer for the first time after years to offer forgiveness. They even hugged with tears in their eyes to show God’s love and forgiveness.

On September 2014, Zenaida Sison was found dead on her own home in Quezon City, Philippines. She was found lying beside her bed with 32 stab wounds. After an in-depth investigation, the victim’s friend, Michael Flores, was found guilty for the death of the 75-year-old woman.

A month after the incident, Michael was arrested. On December 2014, he was declared guilty by the Supreme Court and was sentenced for life imprisonment.

After about four years, Zenaida’ daughter, Cherry Pie Picache, opens herself up to forgive her mother’s killer. It was a hard and long process for her but with God’s grace, she was finally able to forgive Michael.

“I was praying the Lord’s Prayer, while I was asking for forgiveness, I’ve realized if how can I possibly ask for forgiveness when I cannot forgive. If there are so much hatred and pain in my heart. So that’s the thing that led me to think about forgiving,” Cherry said in an interview.

The whole process of Cherry’s forgiveness was recorded in a local documentary with the title ‘Radical Love.’

“Radical love is the only thing that will fight evil. That’s how God works, we sin every day but He’s still there for us,” she added.

Cherry ended up visiting Michael in Muntinlupa Jail, Philippines and it was their first meeting since the trial. They were in tears as they come face-to-face. After Michael uttered the word: “Sorry,” they both hugged each other, in a very emotional moment.

“I am now forgiving you; you can now also forgive yourself. You should have confidence that God has also forgiven you,” Cherry said to Michael.

Read also: This Christian Made an Unrepentant Serial Killer Cry for the First Time