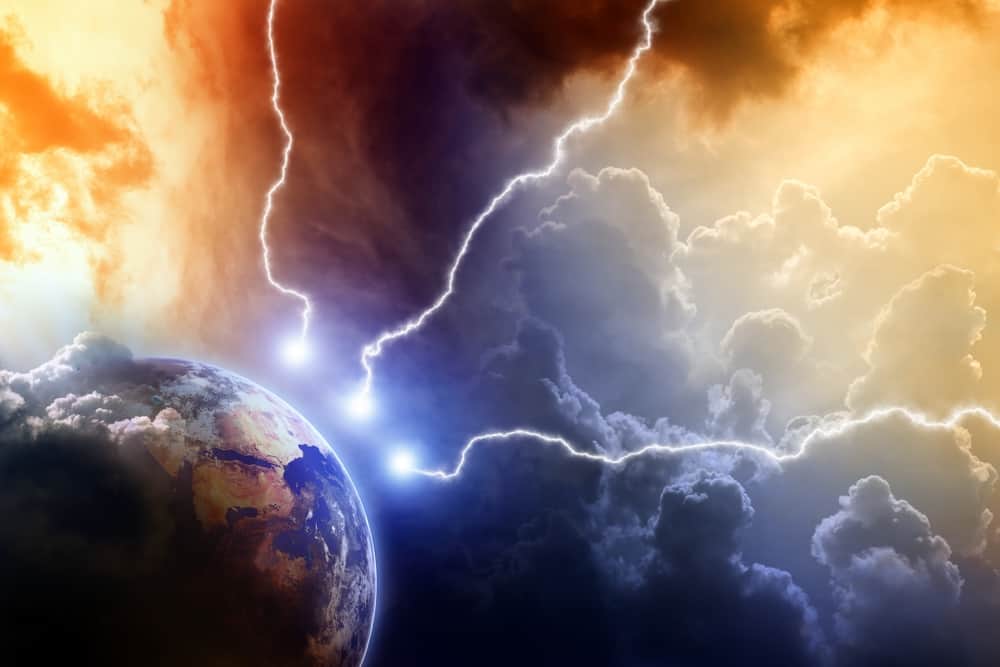 The Notre Dame Fire has shocked the world as it comes to terms with the devastation of the cathedral after its roof and central spire collapsed on Monday April 15th. And, of course, there are those who claim Nostradamus predicted the inferno…

After all he is France’s most famous astrologer, physician and “reputed seer”, known in French as Michel de Nostredame. Surely if anyone would have foretold the fate of one of the country’s most famous buildings it would be him?

However the evidence is extremely shaky. It all comes down to the interpretation of vague quatrians that Bible-believing Christians dismiss outright. We regard Nostradums as a false prophet anyway. He was closely connected with the occult and known for his apocalyptic ‘predictions’ – many of which have been discredited as they failed to happen on the date given.

This doesn’t mean that there aren’t true prophets and that the Notre Dame Fire isn’t a prophetic sign for the Church today. It was awful to watch the central spire fall as the roof caved in from the flames. The people in Paris watched in stunned silence as it happened and there have been many tears.

But what are Christians saying? This after all is not a museum, but a place of worship built to glorify God.

A major fire broke out at the medieval Notre-Dame Cathedral in central Paris, leading firefighters to clear the area around one of the city’s most visited landmarks. https://t.co/5DurzJwlck via @ReutersTV pic.twitter.com/zjKWEwtDdz

GOD TV has received hundreds of comments from readers and viewers responding to our blog post: The World Joins France In Mourning After Notre Dame Cathedral Goes Up In Flames. What do we as Christians make of this?

As can be expected it seems everyone is supportive of the French people in the loss of this national treasure though many point out that ultimately it is just bricks and mortar. “It’s a beautiful building, but we are the Church,” Rebecca says. “As long as we the people continue to be so with God in the center, we will thrive.”

Teressa says that non-Catholics cannot understand the true meaning of the cathedral and what it means to them. “Those buildings are very precious. They not just buildings. Yes, we hold our faith in God however the things you call ‘stuff’ hold huge significance to our faith! So don’t belittle what is so precious to us Catholics. Thank you for your respect as Christians!”

Sophia on the other hand sees Notre Dame simply as a beautiful museum. “The Body of Christ is not captured between pretty walls. True believers will just continue to worship the Lord… for God is not an idol. The structure burned not God.”

“We didn’t worship the building, we admired the magnificent architecture and its history,” Vicki wrote. Tony takes it a step further. “I think the secular world reaction says it all. Very sad that a building of such historical value has been burned down. Sadly God left hundreds of years ago.”

Jodi says that she feels like God is cleaning house. Michelle agrees: “This is a prophetic picture of what God is speaking to the Church system. Nothing built by man will stand. It will all burn. The only thing that matters is your relationship with Jesus. Repent.”

However, Scott says, “It’s just a building… it caught on fire. Not everything has a super spiritual meaning.”  Kevin says, “God was never about the building, but an hour is coming, and now is, when the true worshipers will worship the Father in spirit and truth; for such people the Father seeks to be His worshipers.” (Quoting John 4:23).

A wake up call

Robin also believes that the fire is a prophetic sign and offers her own prophetic insight: “Thus saith the Lord to those of carnal disposition and those who have no oil, I am coming at an hour that you think not. I will burn up all your carnal works yet because of my tender mercies you shall be saved as if by fire.

“You don yourselves with Christian relics but your insides are donned with the works of the flesh and all ungodliness. I allowed it. Open your eyes and see what I desire to love righteousness and walk in godliness to turn from your wicked ways to love one another and walk humbly with your God. #WakeUpCall.”

Others also see the Notre Dame fire as a warning. Ken says: “In the Last Days God Almighty said not one stone will be left standing. God’s wrath is coming. Woe to all the inhabitants of the earth. Jesus Christ is coming soon, be ready.”

Rick quotes Revelation 18:9: “And the kings of the earth, who have committed fornication and lived deliciously with her, shall bewail her, and lament for her, when they shall see the smoke of her burning…”

“We should pray for the country and the church to be restored,” says Anke. “We must have compassion for those who depend on it to make a living. Even though God is not in that building, and as Christians know we strive and work for what’s in Heaven, a lot of people and the whole of France depend on the income tourism brings.”

“Don’t you know that you yourself are the temple of God and the Spirit of God lives in you?” Macnote says quoting 1 Corinthians 3:16.  “The question is how do you react when you hear such report? A true Christians is not shaken by any bad report. Jesus is coming and we must be ready.”

Finally Kathleen concludes: “I think regardless of how we feel we should pray for Paris this is devastating and heartbreaking for them, and thank God that no one was injured or killed. This was an exquisite chapel that held a lot of history. God bless the people of Paris.”

Whatever your feeling about the Notre Dame fire, put your faith on God. Don’t be deceived by fortune tellers or the false prophecies of Nostradamus. Trust in the Lord who is building His Church, the Body of Christ against which no fire can prevail.