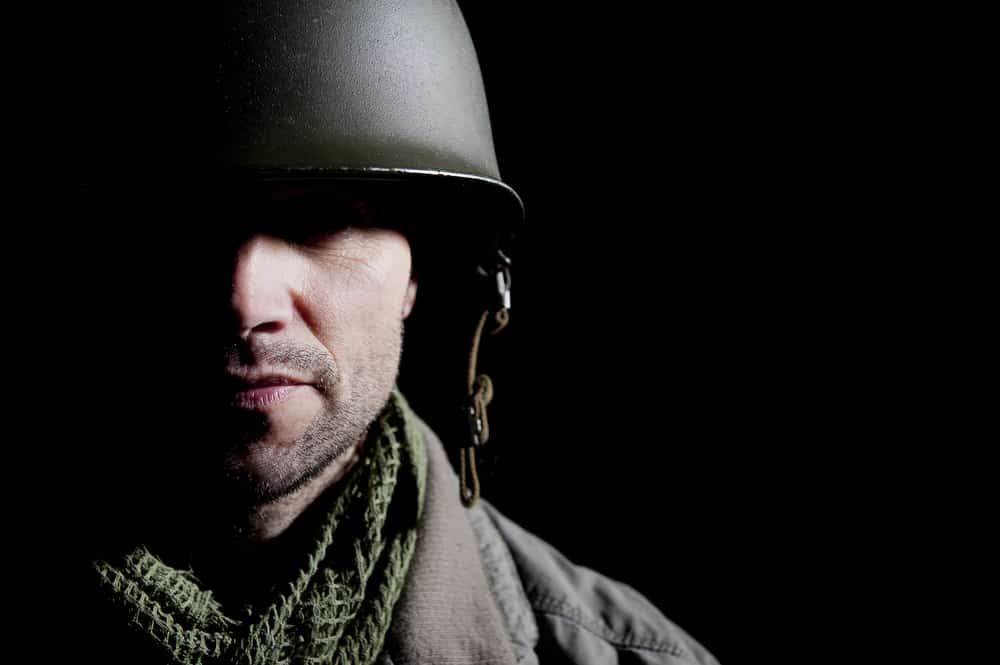 Combat Veteran: Laying It Down at the Middle East Conflicts Memorial Wall

As a kid I remember when the Traveling Memorial Wall for the Vietnam War came through Eugene, Oregon. It was a tribute to the fallen and those still missing in action from an era my parents had lived through. I studied as much as I could about the Vietnam War and those turbulent times in our nation.

It took more than 20 years after the Vietnam War for its memorial to be built in Washington, D.C. But the war that it stood for seemed to be a world away and so many years ago, before I was born. I just couldn’t fully grasp its significance. I didn’t think I would ever be the one visiting a war memorial with the names of my brothers and sisters on it.

But later, war became my reality. I served as a Marine in Iraq from 2007-2008 and in Afghanistan in 2009 as a field radio operator in 2nd Battalion 8th Marines, an infantry unit. I spent a lot of time training with men from around the nation. Most of us were young, thinking we were invincible.

During combat, I saw young boys become men overnight. They became responsible to carry the burden of making life and death decisions. We banded together, becoming very close through our experiences and the miserable conditions that we endured. We surrendered every part of ourselves for others. I didn’t fight for myself, but for them. Their names became very important to me because in a short amount of time it was as if I knew nearly everything there was to know about them. It was important to know them and do all I could to help them out so that we could make it home. In uniform we called each other by rank and last name.

Almost daily we stood in formation for roll call. When our rank and name were being called, we responded by saying, “Here,” or “Present.” When we lost someone we would conduct a ceremony called the “Final Roll Call” at their memorial service. Several names would be called out one at a time. Usually the names of those closest to the fallen. Those friends would respond to the calling of their name.

When the name of the fallen service member was being called out there would be only silence. Their rank and name would be called out again, still with no response. Then on the third and final call of the fallen’s rank and full name, it would be called out loudly with a salute. Nearly every time we did this I would feel the Spirit of God surge through me with hallowed goosebumps as the names seemingly floated away into the air. I thought I would leave behind those names at the Final Roll Call.

I didn’t know how important it is honoring my fallen brothers by preserving their names until recently. At times the difficulties I dealt with after my time at war made me so jaded and disenfranchised that I would try to forget those names. But no matter how many therapy sessions I did or tried not to do, my brothers’ names would come up; they were part of me. In all honesty, I didn’t know what to do with their names.

Then my wife told me about the Middle East Conflicts Memorial Wall in Marseilles, Illinois, nestled alongside the Illinois River. Etched into its granite walls are the names of every U.S. service member who has died in the Middle Eastern conflicts since 1979. It is the first war memorial that gives honor to the fallen while we are still at war.

My wife planned for our family to stop at Marseilles this summer on a trip to Iowa. She knew I had carried burdens with me since my time in war, experiencing its curses because I had brought the war home with me. I didn’t know what to expect when visiting this memorial because there my wars were on record. But I became quiet as I did in the long moments when my platoon was heading into dangerous combat zones. A deep sense of introspection engulfed me.

Once on the grounds of the Memorial Wall, you can enter a fallen hero’s name into a computer log and record your visit to them. My wife and kids went on a walk to give me some time to process – or perhaps it was to heal. I looked up some of the names from my unit. Some I knew personally and others that I didn’t: Hall, Chrobot, Lasher, Xiarhos, Christensen, and Sharp, among others.

I was prayerful and mindful the whole time, thinking how peaceful the location was. Although a Midwest storm was beginning to brew and light rain fell in the distance, the river remained calm. I searched the panels looking for my brothers’ names while honoring the names of the ones I didn’t know.

Standing alongside the wall, I sensed that I was on a brief pilgrimage. I touched the names, quietly praying to God. Latent emotion rose within me – the pain, the anger, the frustration. All the struggles, and the darkness I had been wrestling with from my time in Afghanistan. I thought about the families who no longer had a mom or dad or brother or sister. And about the young men I served with who didn’t return home to a celebration, giving the ultimate sacrifice. I didn’t cry for myself, but for them.

I’d lost track of time, but then my kids started running towards me. A great hope stirred within my heart as I hugged them tightly and somberly walked back to our van. I was different. Something changed within me. I was feeling a peace I hadn’t felt in the years since my Middle East conflicts.