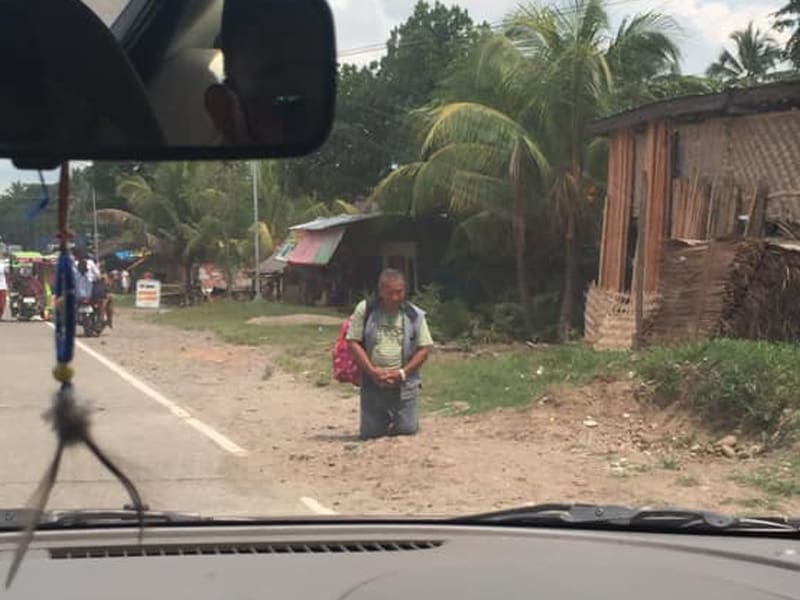 A picture of a man praying by the side of the road after a deadly earthquake hit his town in the Philippines is capturing everyone’s hearts.

On October 29 around 9:00 AM, an earthquake that measured 6.6  on the richter scale struck the island of Mindanao in the Philippines. The earthquake damaged over 5500 infrastructures, destroyed over 1200 homes, injured at least 215 people. Unfortunately, reports indicate that at least seven people have been killed.

The destructive and deadly quake was centered in Tulunan in Cotabato Province and has affected the entire island of Mindanao. Consequently, Indonesia also felt the affects of the earthquake.

It was the second most powerful earthquake to hit Mindanao in two weeks.  The island had just started recovering from an 6.3 earthquake that happened on October 16.

“The location is almost the same as the one on Oct. 16,” said Erlinton Olavere, a research specialist at the Philippine Institute of Volcanology and Seismology.

After the earthquake, a number of strong aftershocks were felt by the Island and intensified the damages. 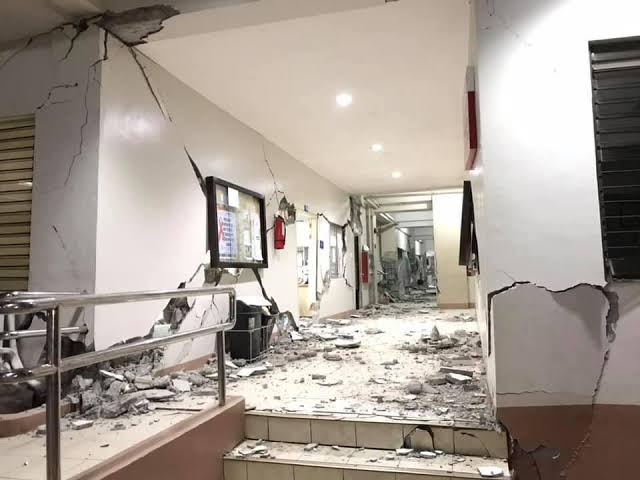 A ray of hope

However, there was a ray of hope. A photo of an elderly man praying beside the road is circulating the internet and inspiring everyone. The man was from the same province the earthquake hit and the photo was captured just moments after the most recent earthquake struck.

This picture reminds me of a Psalm that assures us that God is our refuge and strength in times of trouble. Truly, this man knew whom to call on and whom to refuge in when disaster hit. May this man’s actions always remind us that God is more powerful than any circumstance! He is our strength and refuge!

Psalms 46: 1-3 – God is our refuge and strength, an ever-present help in trouble. Therefore, we will not fear, though the earth give way and the mountains fall into the heart of the sea, though its waters roar and foam and the mountains quake with their surging.