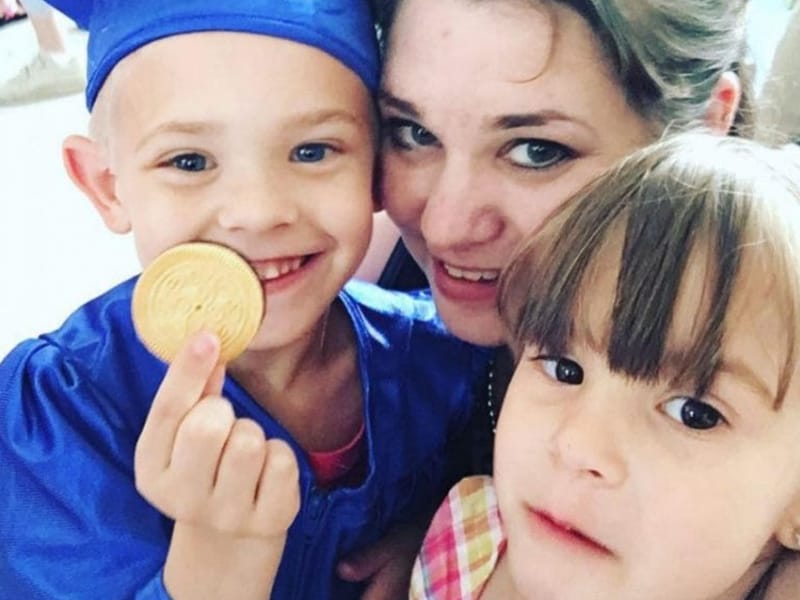 A broke mom had only $20 left in her bank account when her son prayed for money to buy them ice cream. Right after his prayer, they found a miracle check right on their doorstep!

Sarah Moore Gruver is a mother of three children and has to tightly budget her money each week. She took her children to the grocery store with her but they began to ask for ice cream. With just $20 left to last her for the rest of the week, Sarah couldn’t afford to give in to her children’s request and told them about their financial state. She also explained that they had enough good food at home and didn’t need ice cream.

Her kids were disappointed and Sarah was heartbroken with their situation. But instead of giving up, her eldest child, Josh, said a prayer to God.

“We know you can”

“God, we’d really love some ice cream. Is there any way you can give mommy some money so we can get some ice cream tonight? We know you can. Thank You,” Josh prayed.

Sarah scolded her son for praying such a selfish prayer as it was also the time when Hurricane Harvey hit Texas.

“God isn’t going to drop money on our doorstep so you can get ice cream. He’s BUSY right now with natural disasters,” she said to her son.

But Josh has a lot of faith in Jesus and he was confident that God would hear his prayer.

“Nope, God said you’ll have plenty of money for ice cream and to give some to the natural disaster people,” he answered as if he had personally heard back from God!

The mom of three was silenced upon returning home, there was a surprise waiting for the family! There was an envelope on their front porch that contained a check for $123! She eventually learned that it was from an over-payment of a student loan from many years ago.

Josh’s prayer was answered and Sarah did everything as her child prayed.

“The kids were not surprised. God was not surprised. They got ice cream. The Red Cross got a donation. And mom remembered, yet again, what it means to have the faith of a child.”

This story is a reminder to us all of what our prayers and faith can do! Share this to bless others!