Former Miss World: “I’m Pro-Life” And “Sex Is For Marriage”

In 2013, the Filipino-American Miss World Megan Lynn Young straightforwardly told her interviewer that she’s against abortion and that she believes sex is for marriage. She views marriage as a lifelong and unbreakable union between a man and a woman.

During an interview with a Philippines-based broadcaster, the beauty queen was asked on her take on the nation’s controversial issue about abortion and pre-marital sex. 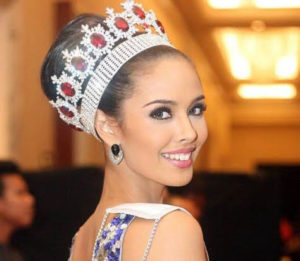 “I’m against abortion,” she said. And continued, “I’m pro-life, and if it means killing someone who’s already there, then I’m against that, of course.”

Megan emphasized, “My beliefs are, no abortion.”

Miss Universe 2018: “It’s All About My Relationship With God”

And when asked if she supports the use of contraception, she boldly said “I don’t engage in stuff like that as of now. Sex is for marriage. That’s my belief.”

The interviewer also pushed through in asking her of how a woman as gorgeous as her could say no to sex. She then replied, “You say no. If they try to push you, you step away, because that person doesn’t value you, doesn’t value the relationship as much. If the guy is willing to sacrifice that, that means a lot.” 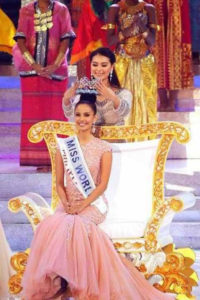 “I think that if you marry someone, that should be the person you are with forever, through sickness and health, through good or through bad,” she explained.

The interview might have not pleased everyone but Megan remained firm. Still, some audience loved her for her honesty.

Megan was the first Filipina to win the Miss World title, according to Wikipedia. She was born in Alexandria, Virginia. Her mother is a Filipina and her father is an American.

Today, the former Miss World is 29 years old. And she continues her career in the entertainment industry in the Philippines. She is an actress, a model, and is a television presenter.