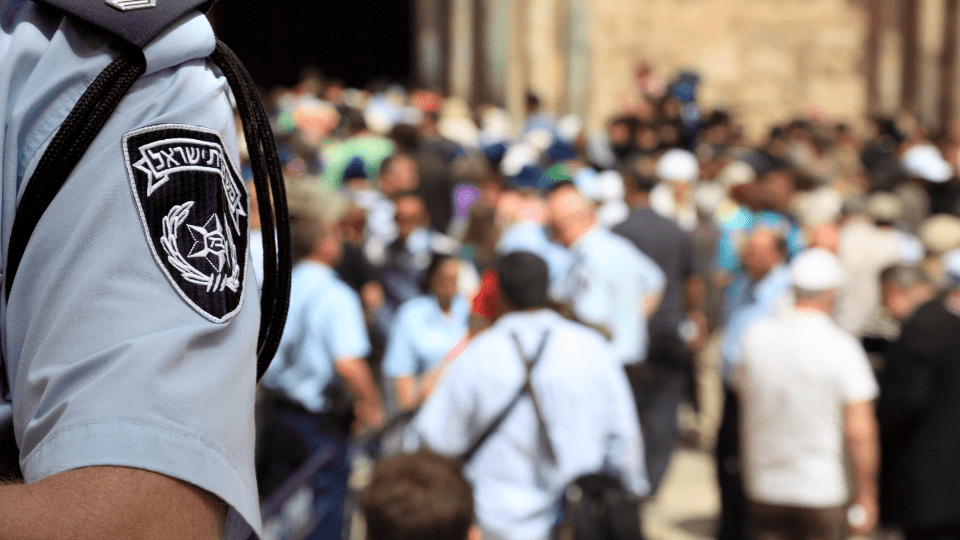 The Shin Bet security service and the Israel Police have arrested eight Arabs suspected of the murder of Yigal Yehoshua in a lynch last month in the city of Lod, amid countrywide anti-Jewish riots perpetrated by Muslims.

Yehoshua, 56, was fatally injured in mid-May after being hit in the head with a brick during a lynch carried out by Arab terrorists in Lod.

In recent weeks, Israeli forces have arrested six residents of Lod and two Arabs living in the Palestinian Authority (PA) in Judea and Samaria.

The attack occurred on the evening of May 11, during the violent Muslim riots that took place in parallel with the IDF’s Operation Guardian of the Walls against Hamas in the Gaza Strip.

The findings of the investigation show that the suspects decided to throw rocks at the vehicles of Jewish motorists who passed by in the area, “for racist and nationalist motives.”

The suspects in the murder were assisted by roadblocks set up by other Arab rioters in the area, which forced vehicles that came to the vicinity to slow down.

The suspects stood in various locations at the scene of the attack and when they identified Yehoshua as being a Jew, they threw stones at him with great force and at a very close range.

According to the findings, Yehoshua was hit by the stones thrown at his vehicle, he stopped for a short time, and then continued driving towards his home in the city. Yehoshua managed to get as far as the parking lot of his house, where his vehicle collided with a parked vehicle during his parking attempts. A neighbor who noticed Yehoshua’s vehicle hitting the car went to his vehicle and found him injured.

Yehoshua was rushed to the hospital in critical condition, and after six days the doctors were forced to pronounce him dead. Yigal’s family agreed to donate his organs.

The investigation further revealed that after the terrorists threw rocks at Yehoshua, some of the suspects acted to obscure their involvement in the attack and tried to hinder the security camera system at the scene. The investigation also revealed that some of the suspects were also connected to other serious stone-throwing incidents in the city of Lod against Jews.

The prosecutor filed a statement with the State Attorney’s Office on Sunday against seven of the suspects regarding its intention to file serious indictments against them for aggravated murder, as well as a request to detain them until the end of the proceedings.

The Shin Bet and the Israel Police will “continue to work resolutely to locate and thwart any terrorist activity and will work to bring to justice all those who took part in the violent incidents in the city of Lod and throughout the country.”

This incident was one of the multiple violent attacks perpetrated by Muslims against Jews and Jewish property across the country as Hamas was firing rockets at the south of the country and as the IDF was engaged in Operation Guardian of the Walls.

Two Jewish men, Yehoshua and Avi Har-Even, were killed in the riots and dozens of others were injured.