BREAKING
Catch a Ride on a Shared Scooter—“Micro-mobility” Coming to Tel Aviv Next...
Israel Military to Conduct First-ever Simulated Strike on Iran
‘Injury to the Heart of Iran’: Details on the Life and Death...
STAND WITH UKRAINE
Home Tags Posts tagged with "mosaic"
Tag: 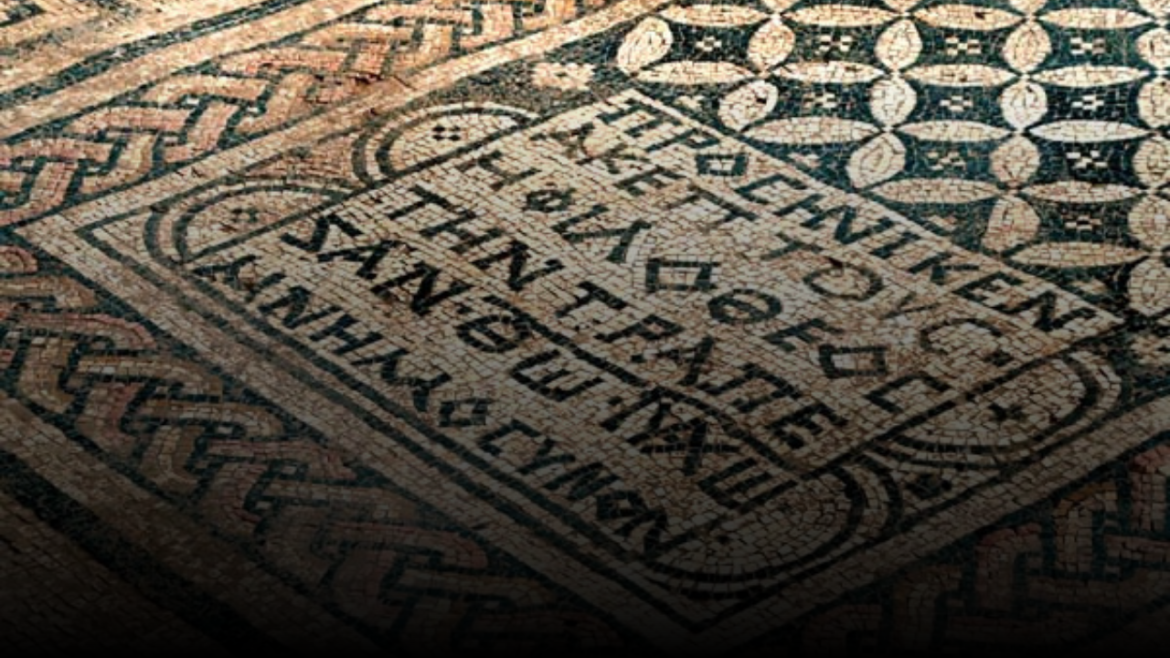 A third-century mosaic dedicated to Jesus—the oldest ever discovered in Israel—may soon be fully excavated and become part of a new tourist site in the Megiddo area once Israel relocates inmates housed in a prison built on top of the ruins back when the British occupied Israel (before Israel became a nation again in 1948). The Israel Antiquities Authority (IAA) hopes to start a full excavation of the site this June.

The Byzantine-style mosaic contains an inscription in ancient Greek—”to the God Jesus Christ.”

“This structure is interpreted as the oldest Christian prayer house in the world… and in fact, it tells the story of Christianity even before it became official,” the IAA posted on its Facebook page on Sunday. The mosaic was first discovered from 2004 to 2008 during excavations when the prison was considering expanding. The tile work also contains images of fish, one of the classic symbols used by early Christians.

“We have here archaeological evidence of an Early Christian community, whose members also included Roman army officers, from a period prior to the recognition of Christianity as a religion and years before it became the official religion of the empire,” said Israeli archaeologist Dr. Yotam Tepper with the Zinman Institute of Archaeology at Haifa University. Tepper headed the work that led to the discovery of the mosaic. He wrote on the IAA website, “All these factors allow us to examine questions relating to the development of the Christian religion before the Emperor Constantine, as well as issues connected with the Roman army in the eastern part of the empire in general, and the Land of Israel in particular.”

The ancient church was located in an even older Jewish community known as Kfar (village) Othnai. Archaeologists have also found the remains of a Roman legion camp and a city named Maximianopolis nearby.

“Among the antiquities uncovered in the excavations were the remains of buildings and alleys, an oil press, stable, water cisterns, storage and cooking installations, ritual baths, and a multitude of small finds. It was also determined that the site there existed from the Roman period until the latter part of the Byzantine period, with a few fragmentary and temporary remains that date to the Early Islamic period and later,” Tepper continued.

Israel is in the process of relocating the inmates housed at the Megiddo Prison to a new facility just about a mile away. Once that is completed, the IAA hopes to begin the excavation in earnest. The mosaic is located in the Lower Galilee region in the northern part of Israel. The vision for the site is to create a new archaeological park and even build hotels in the area to attract tourists.

If Megiddo sounds familiar to you or kind of like another word you may know—Armageddon—good job! Har Megiddo—the mountain of Megiddo—is where we get the word Armageddon, the place where God will gather the kings of the earth and their armies (Rev. 16:16) before they march on Jerusalem for one final showdown when King Yeshua returns (Zech. 14:3-4).