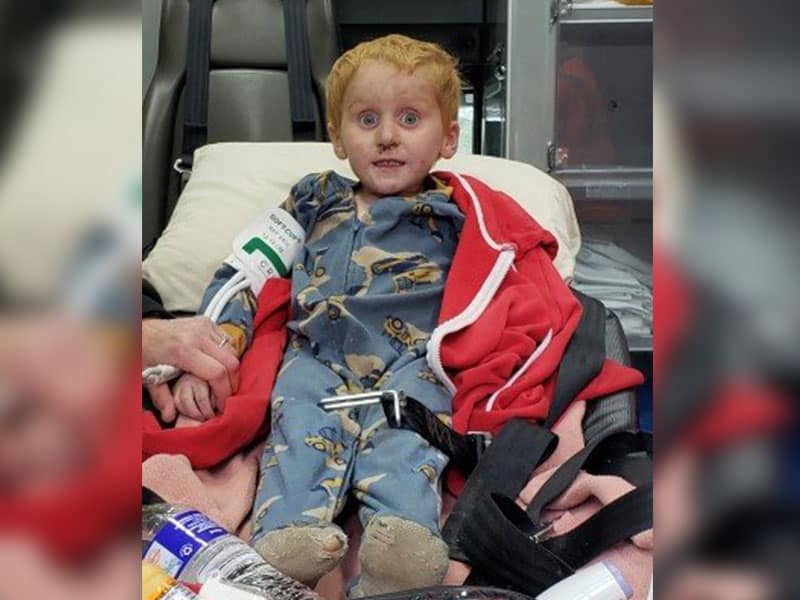 A 3-year-old boy got lost in the woods and spent two nights alone in the wilderness. And when rescuers found him, miraculously, he was safe and sound.

On Friday, authorities of Troy in northwestern Montana received a report that a toddler had been missing. And when responders arrived at the child’s home, they investigated. He was apparently last seen “playing with the family dog in the yard outside the home.” Soon, they began the expansive search and rescue mission for 3-year-old Ryker Webb. 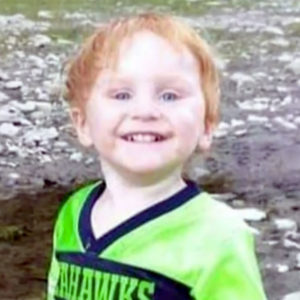 Over the weekend, authorities searched all over near the place with “drones, ATVs, and dog teams as well as a boat unit to scour the water.” They also alerted the whole neighborhood to search in their respective homes as well. Then finally, on Sunday night, Ryker was found.

According to the report, the police found the 3-year-old two miles away from his house. Although hungry and thirsty, they found Ryker healthy. Lincoln County Sheriff Darren Short saw the toddler shaken and “very, very scared.”

It was a miracle he survived. Because the toddler walked through the woods “known for having mountain lions and bears.” 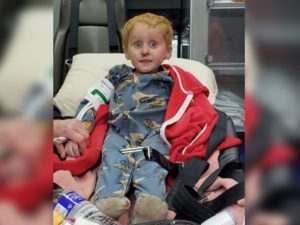 Further, in a report by ABC News, Ryker apparently hunkered “down inside a couple’s shed and likely slept in a lawnmower bag.” Darren believes the little guy took cover in the shed from when he got lost until authorities found him.

Following the successful search and rescue mission, authorities immediately took the toddler to the hospital. They found nothing serious, and the 3-year-old speedily recovered, as reported by KABC-TV. 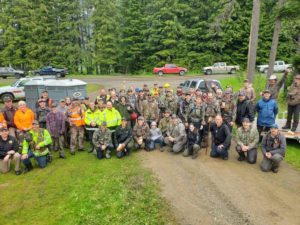 The authorities are still investigating the cause of the child’s sudden disappearance after the incident. Ryker stated to the police that he just went out for a walk alone. And when he got tired, he stayed where they found him. Although that was the case, the investigation continues.

“We’re still looking into why he disappeared and why he wasn’t being watched closely,” the Sheriff told TODAY.