BREAKING
Catch a Ride on a Shared Scooter—“Micro-mobility” Coming to Tel Aviv Next...
Israel Military to Conduct First-ever Simulated Strike on Iran
‘Injury to the Heart of Iran’: Details on the Life and Death...
STAND WITH UKRAINE
Home Tags Posts tagged with "Mt. Pisgah Baptist Church"
Tag: 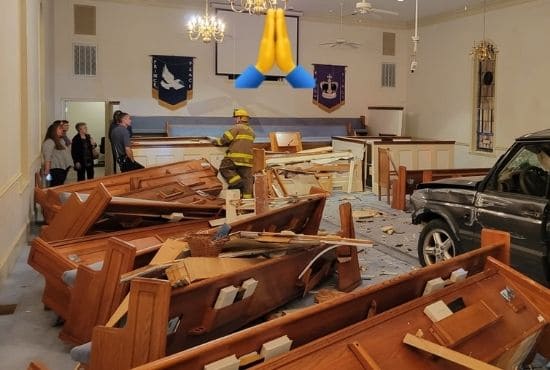 A car crashes into a church minutes before the evening service began, the church pastor is praising the Lord that no one got hurt.

Car Crashes Into a Church

On February 23 at around 6:15 PM, a small SUV crashed into the Mt. Pisgah Baptist Church in Supply, North Carolina. The vehicle went through the church entrance and over the pews until it stopped around the pulpit area. Thankfully, no one was inside the church during that time and no one got hurt.

“It is truly a miracle no one was killed or injured,” the church said on its Facebook page. 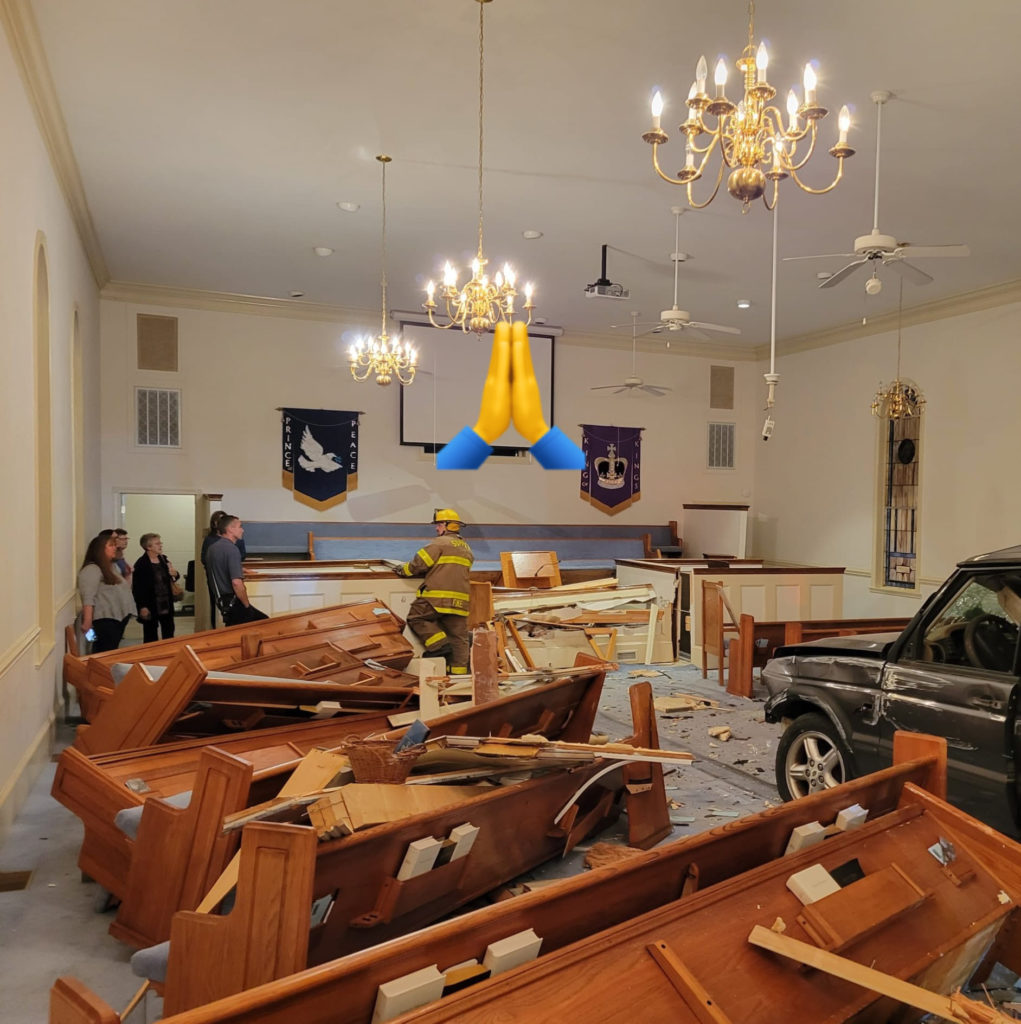 No One Was Hurt

The accident happened only 45 minutes before the start of the church’s 7 PM Wednesday service. If it had happened a few minutes later when people started coming in, it would have been a different story. Pastor Jesse W. Mooney, Jr. praised the Lord for keeping everyone safe.

“I was running a little bit late getting here, or I would’ve been here,” Mooney told WECT. “If it would have been 20 or 30 minutes later, that would’ve been several people on that [left] side of the church that was torn up so bad. Some of our older people usually get here early, so it happened that no one was here. God is good. He spared people.”

Apparently, another vehicle hit the SUV that drove inside the church. The driver of the SUV who was not at fault only had minor injuries, it’s truly a miracle!

“The Lord watched out for us. He is good to us. I told our people last night as heartbroken as we are about the damage to the facility, we can thank the Lord that no one was hurt,” the pastor said. “… Romans 8:28 is very real.”