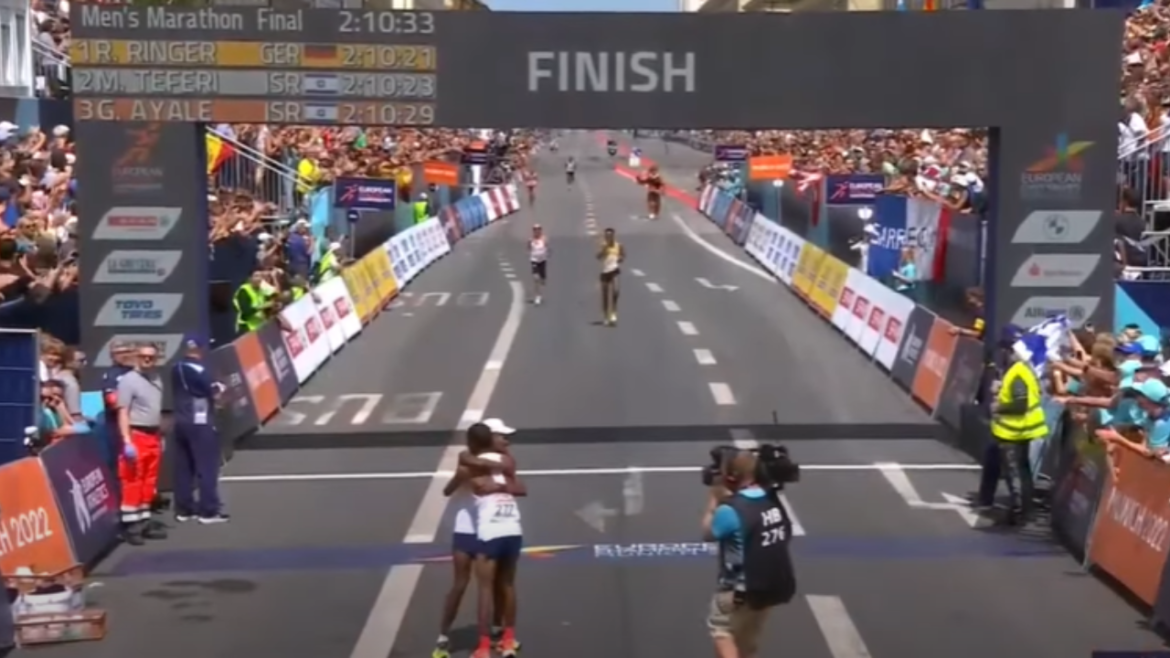 Israel’s men’s marathon team took home the gold on Monday at the European Athletics Championships in Munich, Germany. Two men on the team also won a silver and a bronze medal in other races. The victories in Munich come at a sensitive time in Israeli athletics history. Next month will mark the 50th anniversary of the 1972 massacre of 11 Israelis who were in Munich to compete in the Olympic games. Over a span of about 20 hours, eight members of Black September, a group of Palestinian terrorists in a faction of the PLO (along with the help of some West German neo-Nazis), took hostage and eventually gunned down the group of Israeli coaches and young athletes.

Monday’s victory was an emotional one on many levels. Israel’s Olympic Committee said it was “moved to tears to experience the exciting continuity of Israeli sports on Munich soil.”

And Israel’s Culture and Sports Minister Chili Tropper also praised the men’s team for their medal run in the games. “History in the European championships. Tremendous achievements for Israel. We are proud of you!”

In addition to the gold medal for the four-man men’s marathon team, two of the members won individual medals for their time in the marathon—Marhu Teferi won a silver medal, and Gashau Ayale grabbed the bronze in his race. Both Teferi and Ayale are Ethiopian-born Israelis.

“This is really exciting for me. I am very happy with this achievement,” Teferi said.

Israel’s marathon team ran the race in a combined time of little over six and a half hours. Germany came in second place, and Spain placed third.

Israeli women’s marathon runner, Maor Tiyouri, finished her run in 28th place with a time of 2:38:04.