BREAKING
Catch a Ride on a Shared Scooter—“Micro-mobility” Coming to Tel Aviv Next...
Israel Military to Conduct First-ever Simulated Strike on Iran
‘Injury to the Heart of Iran’: Details on the Life and Death...
STAND WITH UKRAINE
Home Tags Posts tagged with "My Savior"
Tag: 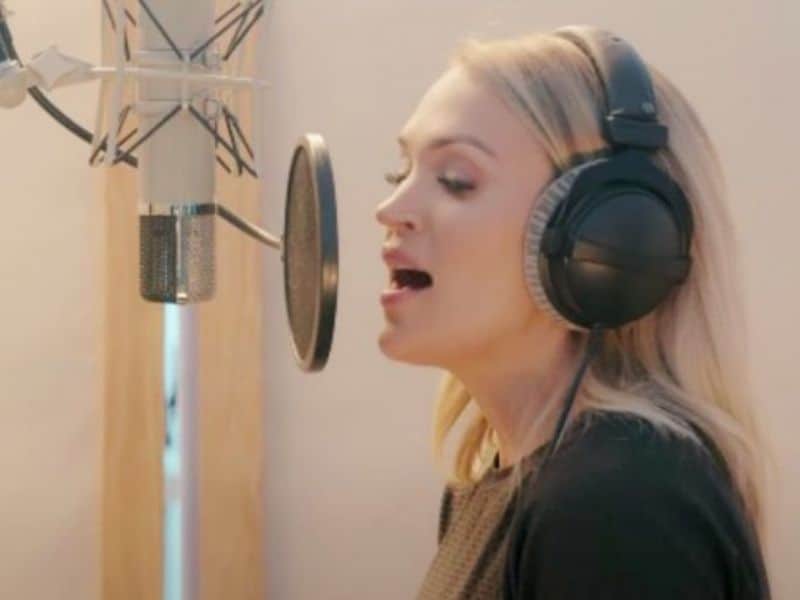 Carrie Underwood Releases Own Rendition Of Classical Hymn, “Nothing But The Blood Of Jesus”

Seven-time GRAMMY Award winner Carrie Underwood just celebrated her birthday on March 10. Along with her blowout, she released her own approach of the all-time favorite hymn, “Nothing But the Blood Of Jesus.”

Nothing But the Blood of Jesus

The country and pop artist, who just turned 38, wanted to give back to her fans. So, instead of receiving gifts on her birthday, she decided to give them. And with that, Carrie presented her birthday song on her Instagram account.

She posted, “‘Nothing But The Blood Of Jesus’ is my birthday gift to YOU! Thanks to Bear Rinehart of NEED TO BREATHE for harmonizing with me!”

The song is also included in Carrie’s latest album, My Savior.

Carrie launched her first Christian album on the last week of March. Today, My Savior is ranking 1 on the Billboard and Christian charts.

Moreover, it is #1 on Billboard’s Top Albums, Top Country Albums, Top Christian Albums, and is the number 1 Current Digital Album.

On questions about the difference in singing country/pop songs with hymns, Carrie answered yes.

She said, “I feel like my goals when I’m singing country music, when I’m on stage, I’m singing to the fans. And I’m also singing for myself, you know because it’s it just feels good to sing. I’m a bird; that’s how God made me. But I’m singing for them.”

“When I made this album, I’m performing for an audience of one,” she explained. “The whole time I was in the studio, any time I get to sing these songs, I close my eyes, and I’m the only person in the room. It’s my heart for God. And I love that. It is a different feeling. It’s happy, and it’s deep. And I feel like I’m making my relationship better and deeper with God when I’m singing these songs. So they’re just so important for my heart.”