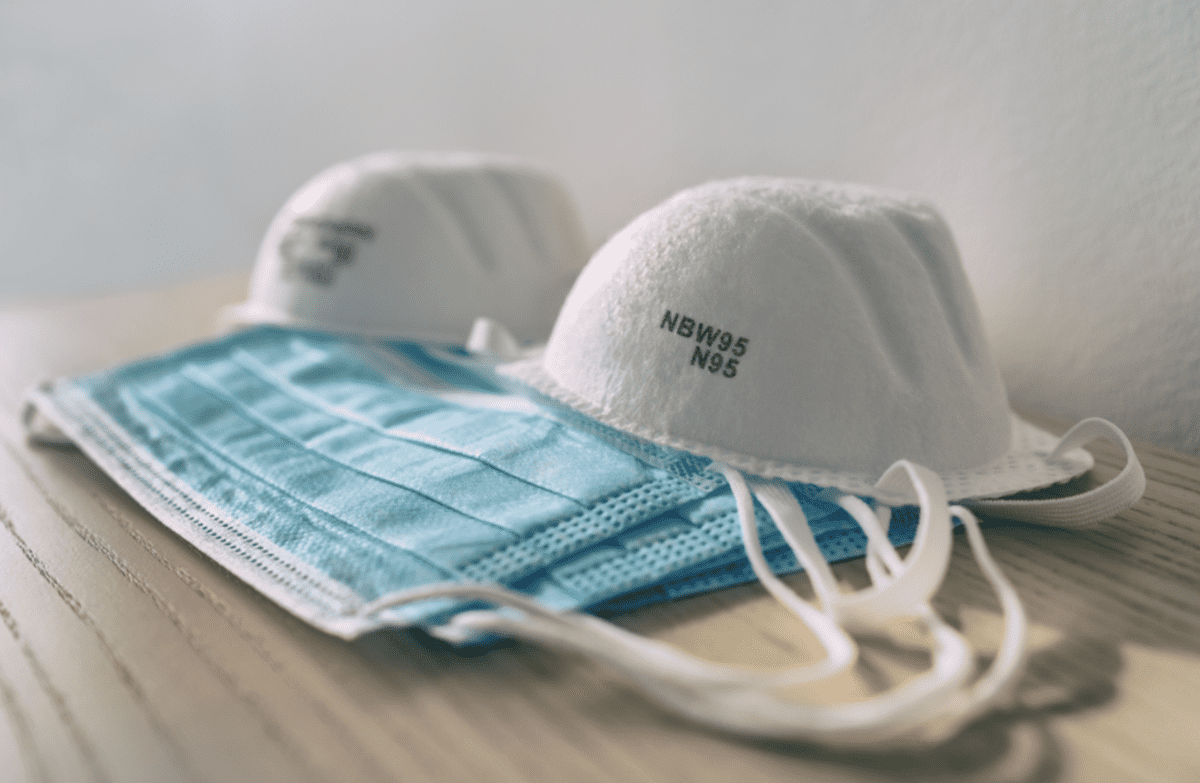 Does The Bible Speak to Mask-Wearing? Yes!

The other day a friend of mine asked a very timely question online:

Would Yeshua and the disciples wear masks issued by the Roman Authorities? If you believe that they would have, do you think that they would wear the masks in Synagogue while they read the Torah and worshipped? Would Yeshua have worn a mask also while he was healing the sick and raising the dead? Would the disciples have worn masks while preaching the good news of The Kingdom?

I loved the question because he wasn’t asking, What is your opinion about mask-wearing, but instead, does the bible speak to mask-wearing. We have to look to the bible and not our ‘sense’ or ‘feelings’ for direction. Not surprisingly, many gave their opinions in online comments, some with scripture reference, some without.

Several said that God has given us authority, so we do not have to obey other authorities. One said this:

But friends, this is not a valid answer, because Peter was being told to disobey God. Being asked to wear a mask to protect others, is not even close to being threatened with bodily harm for sharing your faith.

There was no actual data in the comment, to make the connection with the beast. And if it is, so what? The gospel prospered until Roman oppression and religious persecution after the resurrection. Today the greatest revival in the world is in Communist China. I am not worried about the mark of the beast. I am concerned with bring people to Yeshua!

Another said, “NO. It hasn’t sat right with my spirit from the get-go. Neither has ‘social distancing’ or any of the nonsense our MSM pushes in the states.”

First, and this is fact, Israel was down to seven cases a day before opening up (which we had to do for the economy!). Now, we are moving quickly to 2,000 a day. Based on data—not the witness in my spirit—social distancing slows down the virus dramatically. This fact may not sit well with our spirit, but it’s just common sense: You are less likely catch an infectious disease if you are not around it.

But what about, “not feeling right in my spirit”? We don’t get to weigh in our spirits what laws we will obey and which ones we don’t. No one can light a cigarette in a restaurant and tell the owner, the ban on indoor smoking just didn’t sit well in their spirit.

Friends, we have the word of God; and while it doesn’t give us specific detials for every current event, it does give us a guide on how to respond beyond what we feel in our spirits.

Here is my response with a few additions:

Yeshua taught us to obey earthly authorities in matters where they have authority. Public safety is not a matter for the Church but the state. The Church, as a witness, should support the state in such matters. Whether right or wrong, contrary to what some have posted about the authority of the believer, God has given the government this authority.

Let everyone be subject to the governing authorities, for there is no authority except that which God has established. The authorities that exist have been established by God. (Romans 13:1)

Listen to me, believer—God has established that authority. Your response in such matters is to obey. Anything else, is rebellion to God and His established authorities. Sure you can protest and speak out, if you disagree—the beauty of democracy—but you should obey. God said that. You think I am being too strong?

“Consequently, whoever rebels against the authority is rebelling against what God has instituted, and those who do so will bring judgment on themselves.” (Romans 13:2)

Some have posted about all authority being given to us, which is why we must look at the whole bible and not just “prooftext,” by taking a favorite verse out of context. If I take that verse out of context, I don’t have to pay taxes and can drive on the wrong side of the road! “Who are they to tell me how to drive, I have ALL authority.” Of course, that is contrary to Scripture and a misuse of the doctrine of the authority of the believer.

Yeshua paid taxes to an extremely corrupt Roman system that oppressed multitudes, and he taught us to do the same. Surely, he was establishing a principle. Yeshua the revolutionary, God in man, a fearless human being, could have easily built a case to not pay the evil Romans. Imagine a society where believers refused to pay taxes because of evil regimes—what government isn’t corrupt?!

No, if we are going to look at the “all authority” passage of Matthew 28 in context, it is about reaching the world with the message of the gospel. It is as if Yeshua is saying, don’t fret over things like paying taxes and wearing masks. They are minor in comparison to the mandate I am giving you, which is to spread my message to the ends of the earth.

And He even taught his disciples to literally go the extra mile for these evil people, as a witness.

“If anyone slaps you on the right cheek, turn to them the other cheek also. And if anyone wants to sue you and take your shirt, hand over your coat as well. If [a Roman soldier] forces you to go one mile (it was the law to carry a Roman soldier’s equipment for one mile), go with them two miles.” (Matt. 5:40-42)

What about my rights!?

Believers are fighting over their rights and Yeshua is saying, just do whatever they ask. I find it interesting that people who do very little sharing of their faith on a day to day basis, are suddenly screaming that the government wants to silence them. We have already silenced ourselves. I would to God that we were as vocal over trying to rescue people from hell as we are over exposing the great mask conspiracy.

Our calling is not to fight for our rights but walk in love. What if I am asymptomatic and have coronavirus? Is it love for me to walk around putting others at risk? If course not.

Listen, I am not concerned about whether or not mask wearing is a trick of the devil or not. “You are not your own; You’ve been bought at a price.” (1 Cor. 6:19-20) Yeshua owns us. My job is to share His message and not fret about minor issues like mask wearing (which might actually prolong the lives of the people I’m trying to reach!)

Of course, there are times to disobey. Look at Daniel who prayed despite the threat of death. Or his three friends who chose death over idol worship. On other matters like preaching the gospel the bible is clear, “We must obey God, not men.” (Acts 5:29). We were recently told by those in the Israeli government not to share our stories of finding Yeshua on our T.V. station Shelanu. We said, “No, that would be a repudiation of all that we believe.” They were surprised that we didn’t buckle, and they kicked us off. (Now are on the internet at www.shelanu.tv)

The problem is people are comparing the bold stance of Shadrach, Meshach and Abednego to their refusal to wear a mask. The difference between the two issues is laughable. If someone in authority tells me that I cannot share my faith with others, I will not obey. If they tell me to wear a mask, something that takes little sacrifice on my part, to protect others and myself, I will obey with joy to be a good witness.

WWPD? What would Paul do?

I think if you asked Paul about this issue, he would have responded as he did to the elders in Ephesus:

“And now, compelled by the Spirit, I am going to Jerusalem, not knowing what will happen to me there. I only know that in every city the Holy Spirit warns me that prison and hardships are facing me. However, I consider my life worth nothing to me; my only aim is to finish the race and complete the task the Lord Yeshua has given me—the task of testifying to the good news of God’s grace.” (Acts 20:22-24)

I think he would have not been distracted and asked, “How can I use this crisis to reach more people.” He was not at all concerned about being killed for his faith.

Let’s be vocal about Yeshua!

So, and let me be blunt, if you are willing to take a stand on the mask issue, by not wearing one, but you are not seeking to bring people to Yeshua, your priorities are out of wack. Sorry. But that is just good old fashioned bible truth. Between the racial tensions and the virus, the Church should be front and center, seeking to reach people for Yeshua. Instead we’re on Facebook arguing over whether or not wearing a mask is a violation of our biblical freedoms—even the mark of the beast.

So yes, I do believe that if the Roman authorities asked their citizens, including Yeshua and the disciples, to wear masks to protect others in the midst of a plague, they would

absolutely obey, and also go lay hands on those infected and heal them. If they obeyed the authorities in other areas, such as unbearable taxes and carrying stuff for Roman soldiers, why would they rebel in something so minor.

We have to get back to the task at hand, our sacred commission of sharing His message. 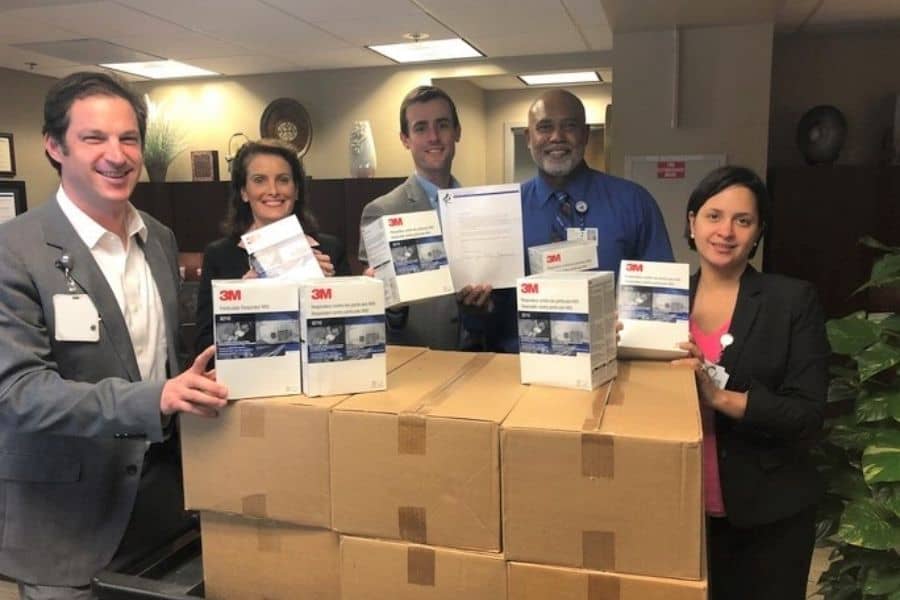 A Virginia Church donated 4,000 N95 masks to COVID-19 frontliners in four hospitals in the area.

With the escalating pandemic, hospitals around the globe are experiencing a shortage of face masks and personal protective equipment. Because of the scarcity, doctors, nurses and hospital staff who serves as front lines for this battle are trying hard to find a way to protect themselves. 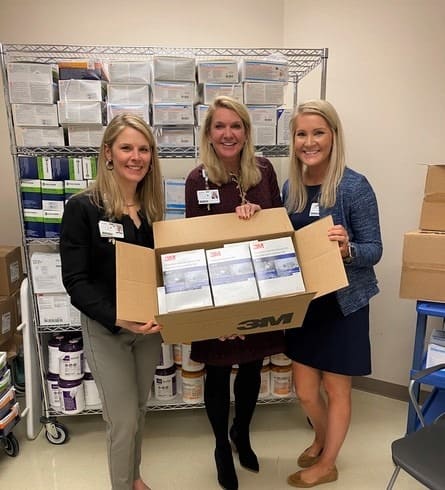 On March 18, the Rock Church International reached out to those hospitals to surprise them with the donation. Along the thousands of N95 masks, they also included a letter to express their gratitude to the frontliners.

“We at Rock Church would like to take the opportunity to thank you for your dedication. And work in providing much-needed care for our community and loved ones…. We hope that this will help in some small measure, the battle that you are in against the coronavirus,” Rock Church International wrote.

The Sentara Norfolk General Hospital posted to Facebook to share how thankful they are for the masks. And acknowledge the kindness of the Church.

“During a time when healthcare employees are being called to the front lines, working long hours in a rapidly changing situation, having the support from our community and partner organizations is truly appreciated,” the hospital wrote on their Facebook page.

The masks are in storage for the mission trips of the Church.

“In a letter to our hospitals, Rock Church said once they realized there was an N95 mask shortage nation-wide, they pulled all of the masks they had in storage for their medical mission trips to share with the community,” they added.