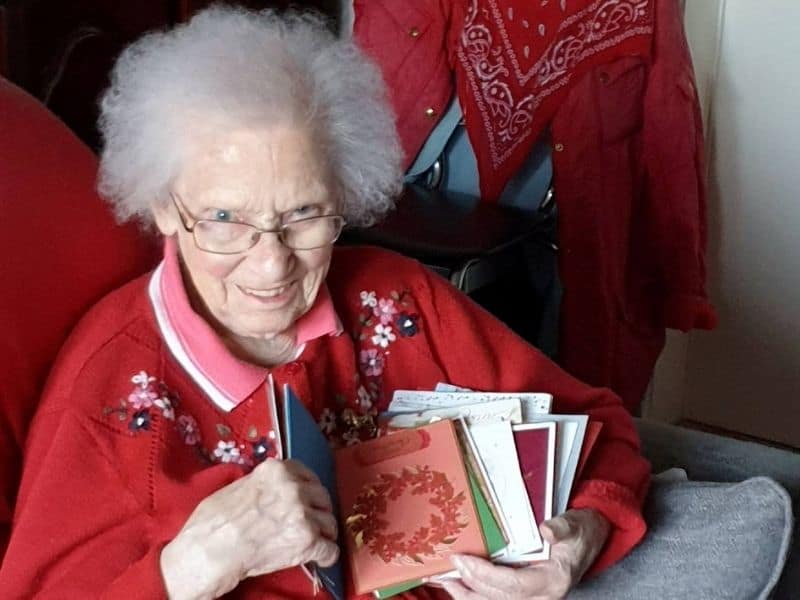 A lonely great-great-grandma has received over 1000 Christmas cards from strangers around the world.

The 92-year-old Nancy Letham has her faith in humanity restored because of her recent experience. The lonely great-great-grandma usually only receives four Christmas cards during the holidays as her friends have gotten older and died. However, this holiday season, Nancy was surprised to have received many more cards than she expected.

In October, Nancy’s granddaughter Leo Sheppard posted an online appeal for their neighbors to send her a Christmas card. They were only expecting around 40 cards from her neighbors in Fife, Scotland, however, they received 50 cards a day! 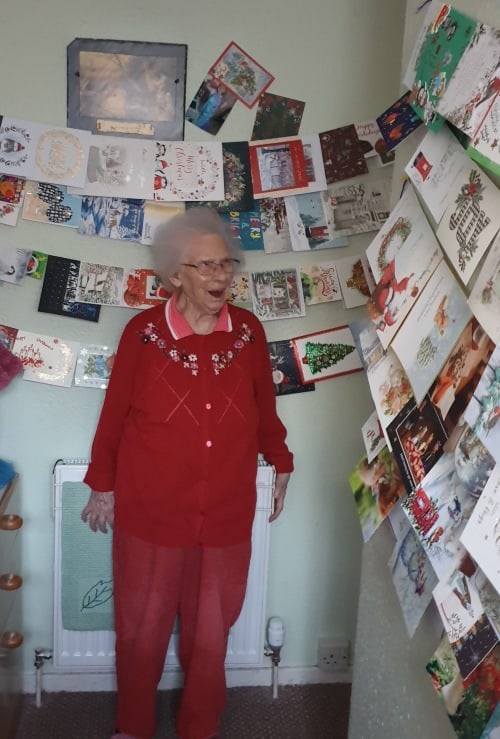 The Christmas cards came from strangers from India, United States, Canada, Australia, Italy, and Spain. A group of schoolchildren in Portugal even drew pictures of Nancy and included them in the cards.

“There are some beautiful cards and they’re from all over the world…. I didn’t expect that,” Nancy said.

Leo helped her grandma who has poor eyesight read the cards. She read out each card to Nancy and they were overwhelmed with the amount of love and support they have received. Some strangers even assured Nancy that she is never alone in this world.

“It’s just really nice to see how many people have taken the time,” Leo said. “It’s not just cards, people are writing letters and letting her know about their lives and struggles. They’re letting my gran know that she’s not alone in the world.”

Maybe this is what everyone needs right now, an assurance that we are never alone, that the Lord has and will always be with us.