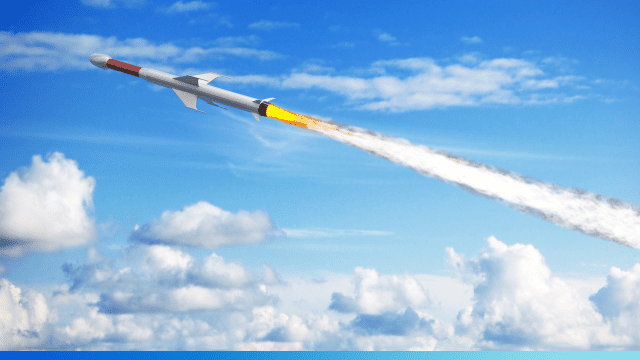 After a recent suspected Israeli attack on Iran’s nuclear facility at Natanz, Syria launched a missile Thursday morning which landed 185 miles to the south, almost reaching the Jewish state’s top-secret nuclear reactor in the Negev desert.

Air-raid sirens sounded near Dimona, where the Israeli facility is located, and explosions were heard throughout Israel, possibly the result of the air-defense system deployment. It is not clear whether the missile’s intended target was an Israeli jet, which was on a mission to strike Iranian military assets in Syria, or if it was intended for Dimona.

Historically, Israel neither confirms nor denies that it has a nuclear arsenal, and the facility at Dimona is thought to be the centerpiece of the program.

While Iran has not claimed credit for the attack, the country is known to have troops or proxy groups in Syria. Also, over the weekend, an op-ed published in an Iranian newspaper called for an “eye for an eye,” specifically “against the nuclear facility in Dimona.”

And despite predictions of nine months to rebuild, Iran reports its nuclear enrichment efforts are back up and running and that they are enriching uranium at 60 percent, dangerously close to the weapons-grade level necessary for nuclear armament.

“The Iranian decision to start increasing uranium to 60 percent is disturbing. It is, I think, a signal to Israel and the world powers that it is not going to be deterred by attacks on its nuclear facilities.” Daryl G. Kimball, an Iran nuclear analyst, provided his assessment of the situation.

Meanwhile, talks continue in Vienna, where China, Russia, and other world leaders are hoping to get Iran and the United States back into a nuclear deal. Reports are conflicting on the progress of negotiations. While representatives at the table appear hopeful, Iran’s supreme leader, Ayatollah Ali Khamenei, said Wednesday the 2015 nuclear agreement was “not worth looking at.”

But US President Joe Biden’s zeal to return to the deal at any cost has Israeli diplomatic security leaders concerned.

“We will do whatever it takes to prevent these extremists (in Iran) to succeed, and definitely to prevent this regime from having a nuclear weapon,” said Gabi Ashkenazi, Israel’s Foreign Minister.

In addition to the suspected Israeli sabotage of the Natanz facility, a shadow war between Iran and Israel on the high seas and in neighboring lands continues to boil.

During recent Independence Day celebrations in Israel, Iranian-funded militant group, Hamas, fired a rocket out of the Gaza Strip into a field in southern Israel. The Israel Defense Forces responded by strategically striking several targets in Gaza, including a munitions manufacturing site, a tunnel used to smuggle weapons, and a military post.