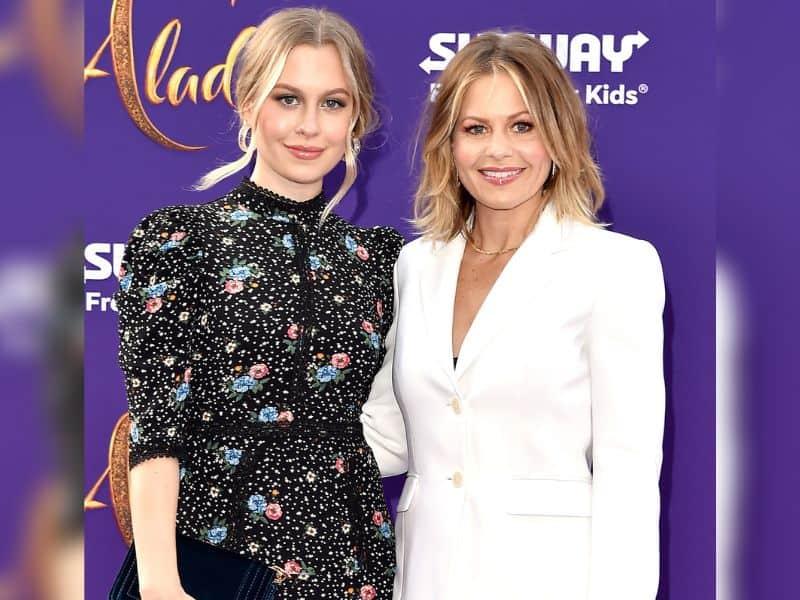 Natasha Bure, Candace Cameron Bure’s daughter, came to defend her mother, who received backlash for her faith. The eldest daughter did not overlook the media trying to cancel the former Hallmark star’s faith.

In an Instagram post, the 24-years-old shared how Candace has been a blessing and an inspiration to her and their family. “The Lord blessed me with the best parents I could’ve ever asked for. Raising us up in the Word of God and bringing glory to His Name. I don’t know where I’d be without them.”

Natasha’s post is her response to the media’s condemnation of Candace’s bold statement of faith.

In a recent interview with the Wall Street Journal, Candace expressed her excitement to be producing tremendous and wholesome movies on the Great American Family channel. She remarked at one point that GAF “will keep traditional marriage at core,” unlike her former network.

Her comment immediately caught the media’s criticism and negative attention. Some celebrities called out Candace, telling her statement was “rude and hurtful to a whole community of people.”

But Natasha believes the enemy has used the media to warp and twist her mother’s words. “The media is an absolutely VILE space for negativity.”

She continued to applaud her mother for her grace and strength. She added, “As they continuously twist the narrative to beat down on the Kingdom, you stand firm in faith and never let others dim your light for Him. No matter how out of context or warped the words may get, the enemy will not prevail.”

“Society has gotten completely out of hand with believing every strategically worded headline broadcasted by the media…followed by cancel culture, which is nothing but ugly.”

Natasha further expressed her gratitude for viewing Candace “from a lens closer than most.” She said, “The Lord shines through you time and time again. The battle is HIS.”

God bless the Bure Family, who does not waver in front of the enemy. Let us pray for them as they lift the banner of Jesus in the film industry.