BREAKING
Cancer Patient Survives A ‘Death Sentence’ & Receives A Surprise From Jennifer...
TikTok Kid Preacher Feels God In His Prayer Time; “I Am Not...
“Jesus Appeared To Me Twice So That This Message Will Be Delivered...
Home Tags Posts tagged with "National Anthem"
Tag: 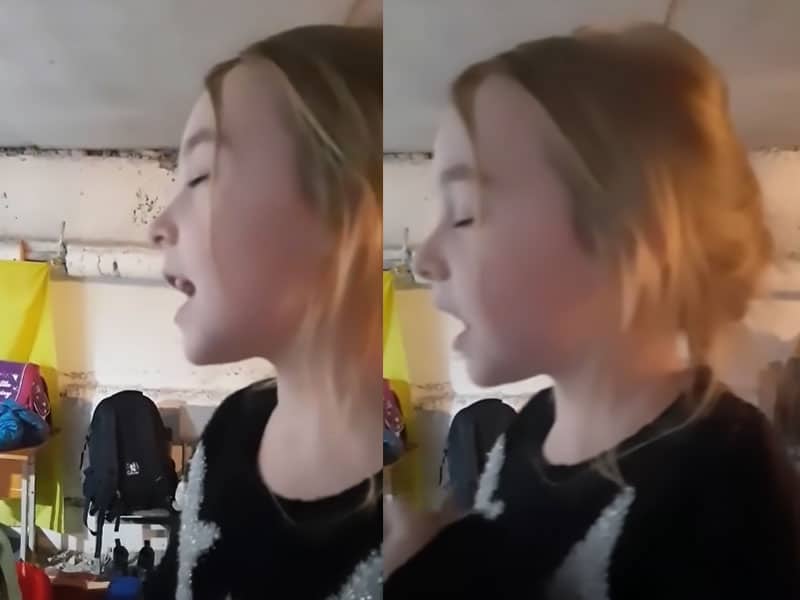 A young Ukrainian girl went viral after singing in a bomb shelter is now inspiring others towards hope as she performs Ukraine’s National Anthem at a charity concert.

One month ago, 7-year-old Amelia Anisovych captivated the hearts of millions online with her angelic voice. She is among the many Ukrainian children displaced by the ongoing invasion of Russia to Ukraine. She was in a bomb shelter along with many refugees when the little girl began to sing Disney’s “Let It Go” in their language. 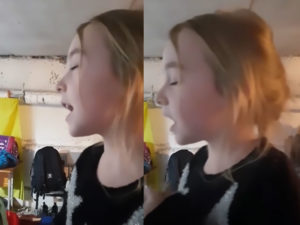 In the video, her fellow refugees were encouraged by her performance at the underground bunker. Many adults who surrounded her recorded a video.

Amelia’s mom, Marta, shared the beautiful moment on social media and it went viral. The original singer of “Let It Go” even acknowledged the little girl, and other celebrities also applauded her. The video eventually reached the organizers of a charity concert, “Together for Ukraine.” They then tracked down the whereabouts of Amelia inviting her to be a part of the big event.

Amelia agreed and brought hope to the world as she performed the National Anthem of her beloved country. The 7-year-old proudly inspired Ukrainians with her angelic voice. “Glory and Freedom of Ukraine Has Not Yet Perished” has been Ukraine’s national hymn since 2003.

“Ukraine is not yet dead, nor its glory and freedom,
Luck will still smile on us brother-Ukrainians.”

After Amelia’s performance, the crowd couldn’t hide their amazement and applauded the little girl. The 7-year-old’s joy was evident as she sang on stage.

Watch Amelia’s entire performance in the video below.

Reference: Faithpot and The Independent 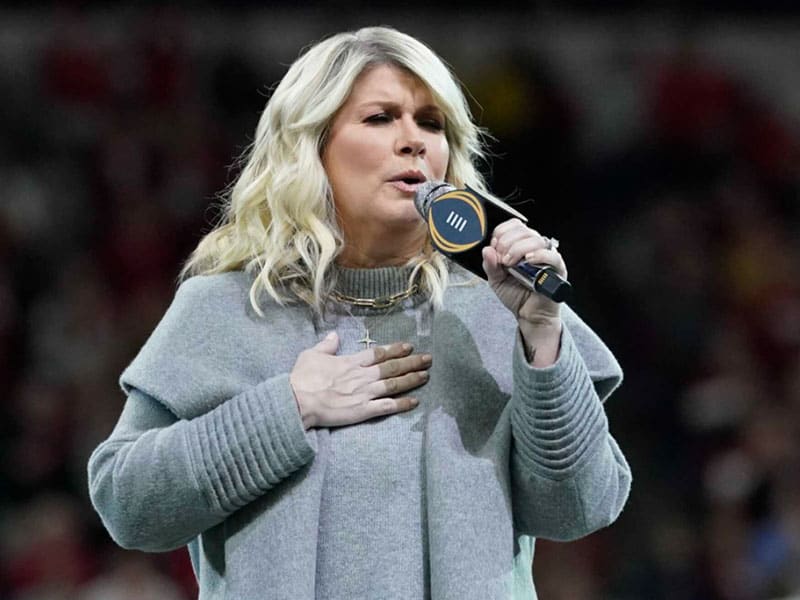 On Monday night, Natalie performed at Lucas Oil Stadium in Indianapolis, Indiana. She was invited to sing “The Star-Spangled Banner” for the championship game.

In the singer’s Facebook post, she wrote, “Last night was a thrill. Beyond grateful for the opportunity. Last words in my mind before the first note, ‘Jesus, be glorified.'”

But then she highlighted, “I know it was the national anthem. But He’s in every moment and can work through every moment. God bless America.” 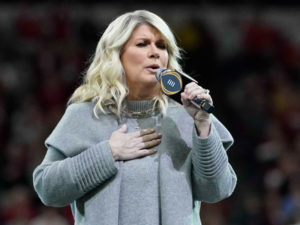 After Natalie’s powerful performance, her video singing the national anthem became trending both on Twitter and Google.

Later on, in an appearance on “On Balance with Leland Vittert,” she shared her experience.

“Honestly, what I was thinking before it started was, ‘Just don’t mess up the words,'” the Christian singer said. “You just felt this moment where everybody was just showing love for our country. And that was beautiful to see.”

Many praised Natalie’s amazing performance during the 2022 College Football Playoff National Championship. Among those who recognized her is actor and talk show host Arsenio Hall. He tweeted how Natalie “crushed it.”

Indeed, when you give your talents to God, He will naturally be glorified. Through Natalie Grant’s public performance, many praised Jesus as it reflected in all that she does.

Watch her powerful performance in the video below:

Oh, say can you see by the dawn’s early light,
What so proudly we hailed at the twilight’s last gleaming?
Whose broad stripes and bright stars thru the perilous fight,
O’er the ramparts we watched were so gallantly streaming?
And the rocket’s red glare, the bombs bursting in air,
Gave proof through the night that our flag was still there.
Oh, say does that star-spangled banner yet wave,
O’er the land of the free and the home of the brave? 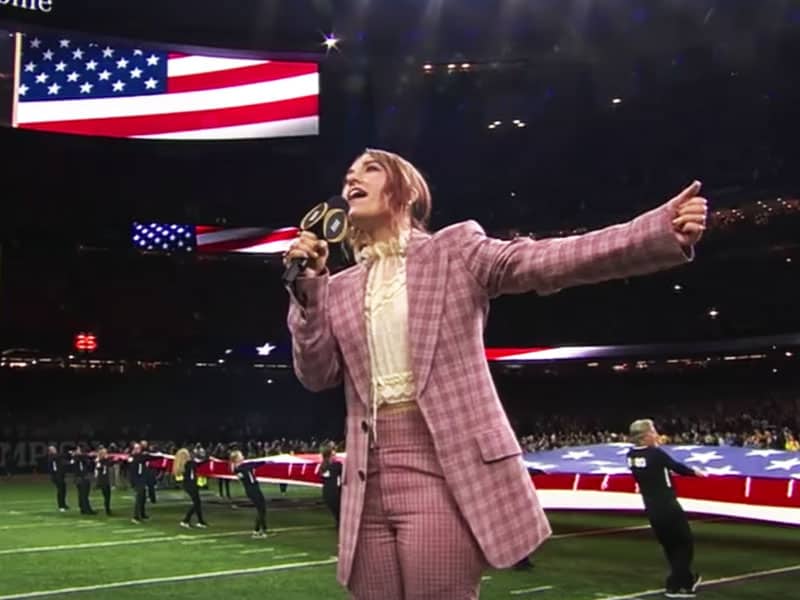 Once again, Lauren thrilled her fans with another soulful performance during the National Championship of the College Football Playoff between LSU and Clemson. 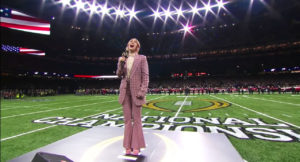 Lauren was an LSU student before she became a well-known singer. She was elated after the LSU Tigers beat Clemson Tigers in a 42-25 victory.

She wrote on Instagram, “This is the best day of my life.”

The popular Christian artist was introduced to the large crowd as a two-time Grammy Award-winner and a Louisiana native before performing “The Star-Spangled Banner.”

Lauren showed support to LSU by wearing TV star Reagan Charleston Thomas’ gift to her: an LSU Tigers ring from the star’s jewelry collection. The Christian singer sported the ring when she gave her spectacular performance.

Going Outside The Walls Of Church

Last year, Lauren Daigle told The Christian Post about her desire to go outside the walls of the church. She hopes the message in her music will resonate with more than just Christians.

“[My music] is having crossover appeal, but it doesn’t mean that I’m leaving one for the other or that I’m going to be swept up by one thing or the other. For me, it’s like, ‘Oh, everything just got even more clear.’ Everything just got clearer as to why it is that we go and love people who are outside of the walls of our church, outside of the walls that we’re comfortable with,” she told CP in an interview.

And indeed, Lauren Daigle is making a difference in the world with her music. She is bringing hope and life to her every listener. The Gospel message is there in her lyrics and God’s voice transcends her own.