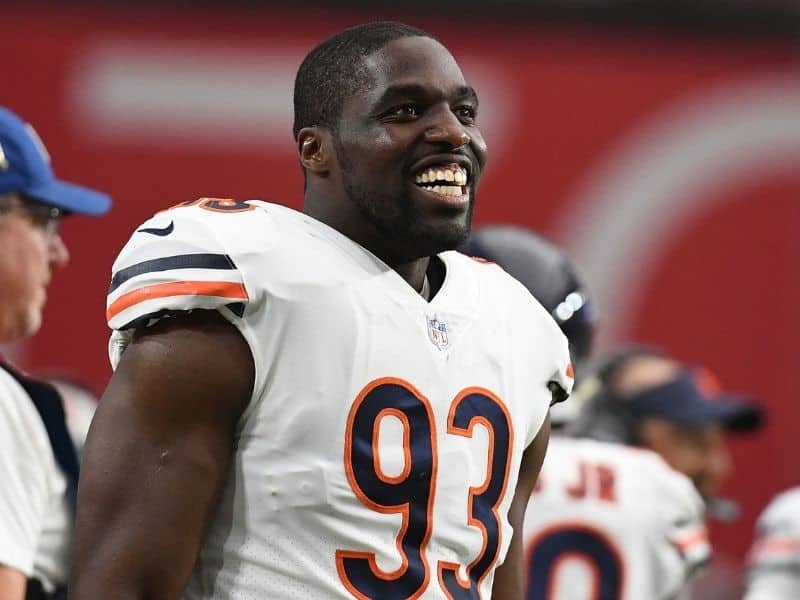 American football linebacker Sam Acho urges Christians to stop hiding and live for Christ. He said that when people start living according to their design in God, the world thrives.

Vice-president of NFL Players Association, Sam, has his own share of hiding his identity in Christ. He tells his story in an interview on “The Crazy Happy Podcast.” Pastor Daniel Fusco and Billy Hallowell hosted the show.

“When you’re who God created you to be,” Sam said.  “When you’re not faking or pretending or hiding, and you’re using the gifts God gave you, He gets glory because of that. And when God gets the glory, people around you benefit and the world around you thrives.”

But, during his time in the NFL, he initially struggled to live out his faith. The pressures and competition drove him to “hide.”

“[But there was a] cost of hiding who I really was, not only on the football field but in the community,” he revealed.

The athlete continued, “You can’t please God and please man. You can’t serve God and serve your money or your fame or your fortune. Pick one or the other. The benefit of God is God… He is the reward.”

In his recently released book, “Let The World See You,” he discusses further the freedom of living without hiding your identity.  “It’s a book for anybody who’s ever felt ashamed,” he explained.  “Anybody who’s ever felt like they had to hide for whatever reason. It’s a book about what it means to be free, so people around you benefit, and lastly, the world around you thrives.”

He added, “Jesus wants our companionship, wants our friendship. What I’m learning is that He loves us, He loves me, and not only does Jesus love me, Jesus likes us.”

“Even in our insecurities, God still accepts us. Even in our fear, God still loves us … God is like, ‘I’m with you. I still see the best in you.’” 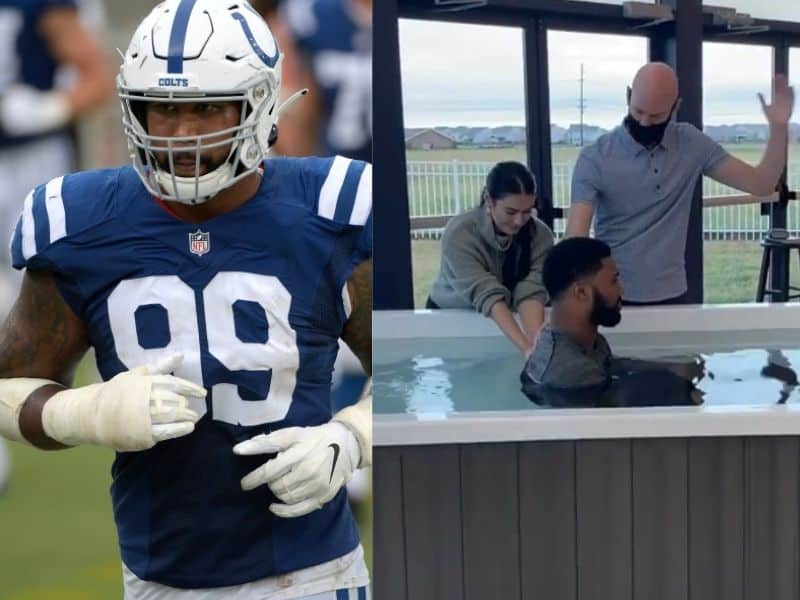 The Indianapolis defensive lineman posted a picture with his wife, Ashlyn, and their child, Dominic. The couple held up a baptism certificate, confirming their baptism at Eagle Church. He wrote, “Today I surrendered my whole self to Jesus and chose to trust Him with my life whole heartedly. My walk with Christ is only beginning and I am grateful for the support surrounding my journey of Faith.”

“He saved us, not because of righteous things we had done, but because of His mercy. He saved us through the washing of rebirth and renewal by the Holy Spirit.” Titus 3:5 Today I surrendered my whole self to Jesus and chose to trust Him with my life whole heartedly. My walk with Christ is only beginning and I am grateful for the support surrounding my journey of Faith.

Along with the picture is a video of Buckner submerging in water as the pastor prayed for him.

Buckner included a verse from the Bible in his post. “He saved us, not because of righteous things we had done, but because of His mercy. He saved us through the washing of rebirth and renewal by the Holy Spirit.” Titus 3:5

Buckner credits God for his success and achievements. “You’ve got to put God first, man,” he said. “Without Him, without His plan for me, I wouldn’t be here where I am today. I truly believe that. … Every day I give thanks because all my talent, all the things I’ve done in my life, all the glory goes to Him.”

According to Christian Post, Buckner recently signed with the Indianapolis Colts as a defensive lineman. The four-year contract made him one of the highest-paid defensive lineman. In his latest game with his new team, he recorded five tackles and four quarterback hits, helping the Colts to win over Cincinnati.