BREAKING
Lay Aside The Old Self
Ben And Jerry’s Staying In Israel, But Founders Aren’t Doing The “Chunky...
Israel Has a New Prime Minister
STAND WITH UKRAINE
Home Tags Posts tagged with "Naya Toledo"
Tag: 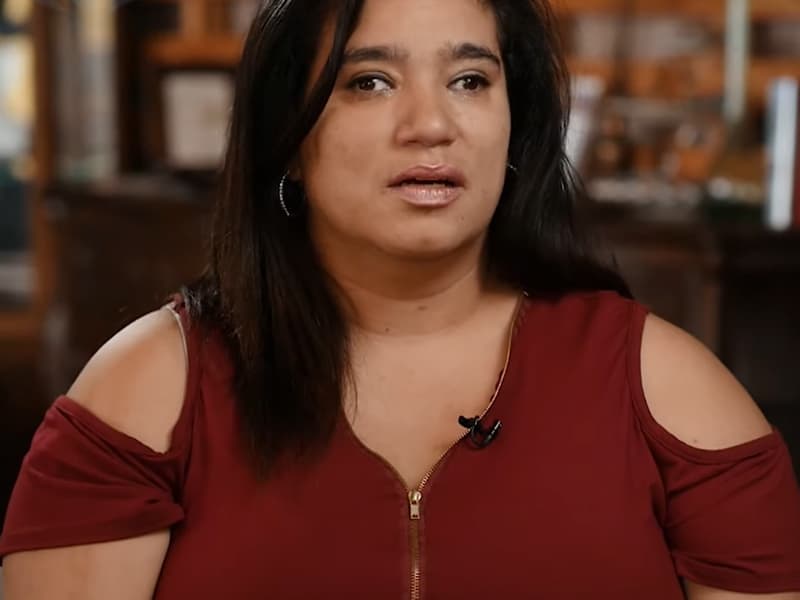 Half Blind Woman Miraculously Sees Out Of Her Left Eye For The First Time!

A woman, blind in one eye from birth, miraculously sees out of her left eye for the very first time!

Sadly, Naya Toledo was bullied from childhood with her siblings and classmates calling her names like ‘Cross-eyed Rambo’ due to her condition.

“I was born half blind, my left eye would n’t move, it would just sit there. I was known as the ugly child,” Naya says.

In order to cope up with the pain, she turned to drugs, alcohol, and fighting. Fighting against her bullies, was the only thing Naya knew to do to defend herself. She continued fighting and partying until she became a single mother to five girls. That is when she realized that she had to change for the sake of her daughters.

“I had, you know, a live-in boyfriend type thing  – and  I used to smoke cigarettes, I used to party, I used to drink and I wanted to change for my kids because I thought they were going down the same path that I went down, and I didn’t want that for them. And I was like, ‘No, I can’t do this. I will break this chain,” she added.

From half blind to full vision

That is when she started to seek a personal relationship with God. She started attending church, dedicated her life to Christ, and grew in her new-found faith. Then, a miracle happened one morning during a Bible retreat in her church.

“I just felt so deep in worship. I just felt His presence so close to me. I felt like if I opened my eyes I would see Him. I just opened them and then it was crazy cause I saw a light on my left side. And I closed my eyes, like ‘What?! Okay, what was that?’ ” she exclaimed.

Just like that, God healed Naya’s eyesight miraculously! Her doctor confirmed that the vision in her left eye had been restored, and with time, her eye will straighten completely.

A Blind Eye Sees for the First Time

Read also: Occupational Therapist Prayed for A Miracle Healing for A Paralyzed Woman