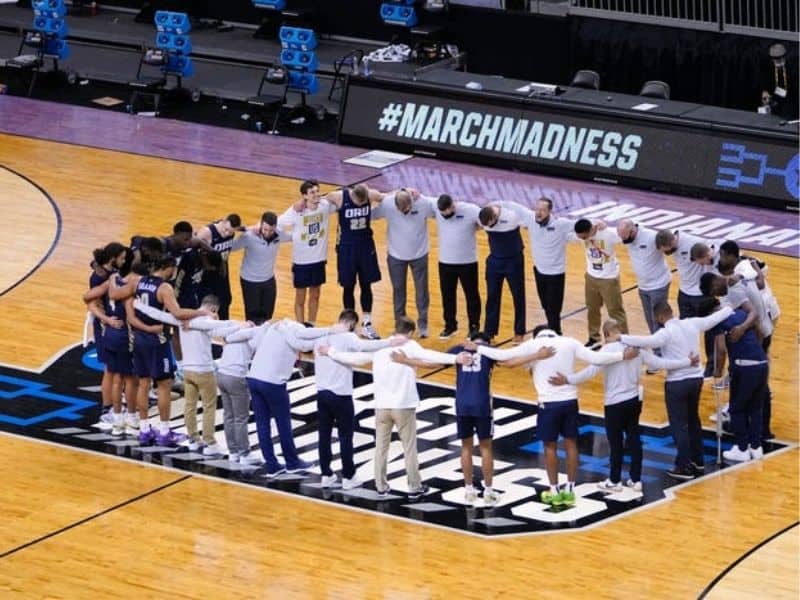 The Golden Eagles win against the Buckeyes in the first round of the Men’s NCAA Basketball Tournament is the team’s first tournament victory since 1974.

The evangelical school stunned everybody as they emerged from their No. 15-seed. When 14 million people voted against their win in an ESPN’s Men Tournament Challenge, the team proved them wrong.

Head coach, Paul Mills, said that belief and hard work carried them through. “We were super resilient, and we were super tough down the stretch,” he said. “And I knew once we get into an overtime, we were going to win that thing. From a together standpoint, from a belief standpoint, it happened.” 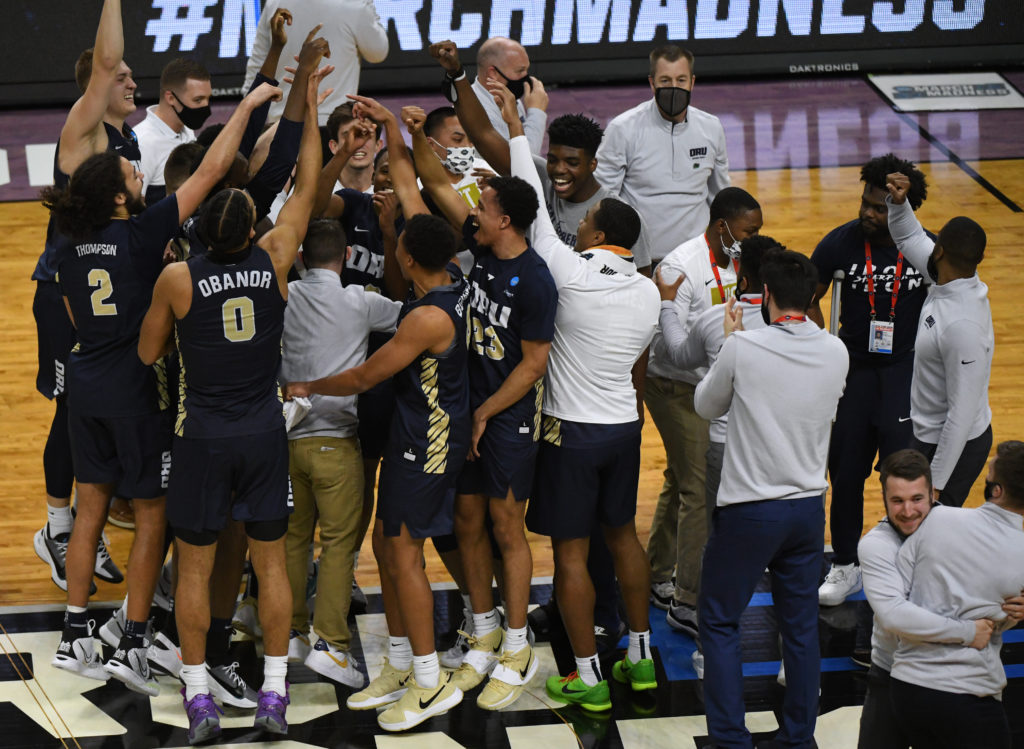 Player Kevin Obanor led the team with 30 points and 11 rebounds. In an interview with Fox23, he expressed his gratefulness to God.

“I’m thankful to Jesus Christ for putting us in this position,” he said. “We want it very bad. It’s bigger than us, just to leave a legacy behind for ORU. I’m just eternally grateful, and I just can’t wait to play tomorrow.”

The whole team rallied together in prayer after their win to give glory to God.

Last Sunday, they were victorious once again to No. 7-seeded Florida, with 81-78.

Sean Feucht, a graduate of ORU, was very proud of his alma mater.  He said on his Instagram page, “Prayer really works.”

“First NCAA tourney win for ORU in 47 years!! There’s no way a #15 no-name school beats one of the most prestigious sports programs in America, but GOD!”

He added, “I’m a proud alumni and stoked for the campus today! Keep shining in the tourney, boys. I’ll keep cheering!”