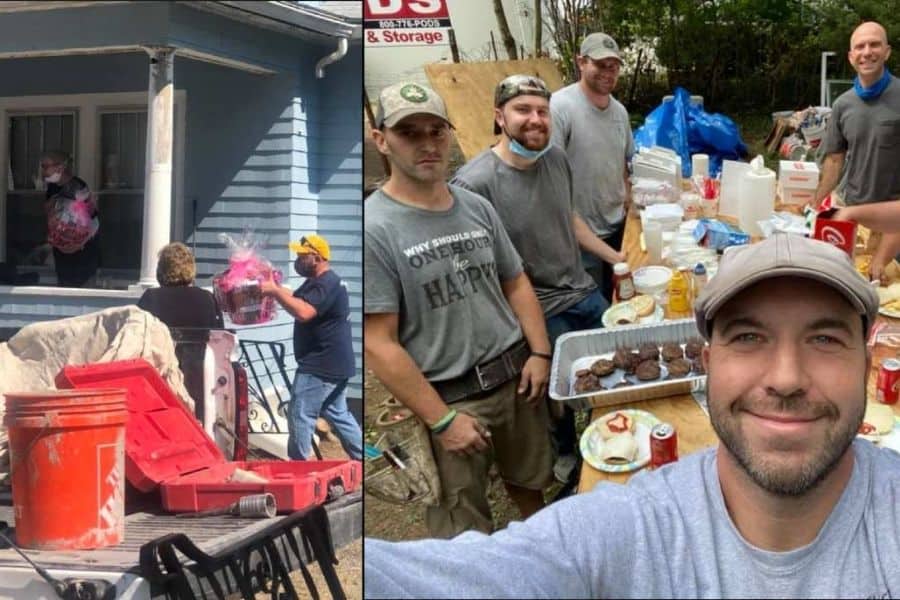 An electrician led an entire community to repair a 72-year-old lady’s crumbling house for free!

The majority of elderly in America live on a limited income. Gloria Scott from Woburn, Massachusetts, is one of them and due to her tight finances, repairing and maintaining her home became difficult.

When the 72-year-old’s overhead light fixture went out, she decided to take a risk and spend for the repair since he couldn’t live in a dark house. One Friday, she called in and hired the electrician John Kinney to make the necessary repairs. What she didn’t know is that John would be a huge blessing for her.

Over the weekend, John kept thinking about the situation at the old lady’s house is in. He thought that he needed to do something to help Gloria.

“No lights, running water. I [saw] her on a Friday and it stuck with me over the weekend. I said, ‘I got to go back there,’” John said in an interview.

John went back to Gloria’s house and did some more much-needed repairs for free! To be able to get more repairs done, John initiated a fundraiser for Gloria. He set-up a “Nice old lady needs help” page on Facebook to invite more hands to help him repair the crumbling house.

The page received an amazing response from the community. Men gathered to repair much of the house and other neighborhoods joined in to provide food for the volunteers. Others also worked on the landscape cleanup and new planting.

So far, what once was crumbling has now looking nice.

John wanted to inspire more people to help needy seniors in their own community.