Firstly, Nick Cannon is a comedian and rapper known for his work on television shows including “America’s Got Talent” and “The Masked Singer.” Secondly, he turned from his mainstream image as a host and rapper to release his first Gospel single.

On April 2, the 40-year-old artist released his own rendition of the Christian classic “No Weapon,” featuring Kierra Sheard-Kelly. The new Gospel single released on this year’s Good Friday and came out with a music video. 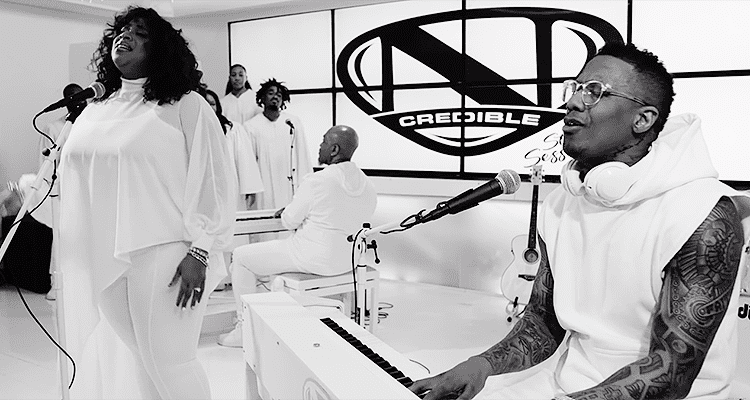 In the video, Nick joins Kierra and a choir dressed in white as they sing the song. “No Weapon” is Fred Hammond’s gospel classic originally released in 1996. Additionally, many artists, including Jamie Foxx, created covers of the hymn.

“Good Friday! No weapon formed against thee shall prosper. Thanks to @KierraSheard [for] coming through and blessing us all with an incredible Session!” Nick tweeted.

Furthermore, Nick, raised in a Christian family, is the son of TV evangelist James Cannon. Finally, while promoting his new music video, he referenced a Bible verse on his Instagram account.

“‘No weapon formed against thee shall prosper’ Isaiah 54:17,” he wrote.

In conclusion, Kierra and Nick’s rendition of “No Weapon” featured on the 2020 film “She Ball,” Nick wrote, directed, starred in the film.

“She Ball follows Avery Watts [played by Nick Cannon], a single father who lost his NBA dreams to gang violence. Avery struggles to keep his family community center open amid rising gentrification in his Inglewood community,” the synopsis reads. “He joins forces with an unlikely ally, Shelby Vandergun, a white girl with serious basketball skills. Together, they fight against local politicians, gangs, and their own stereotypes to save their community.”