BREAKING
Cancer Patient Survives A ‘Death Sentence’ & Receives A Surprise From Jennifer...
TikTok Kid Preacher Feels God In His Prayer Time; “I Am Not...
“Jesus Appeared To Me Twice So That This Message Will Be Delivered...
Home Tags Posts tagged with "North Carolina Police Officers"
Tag: 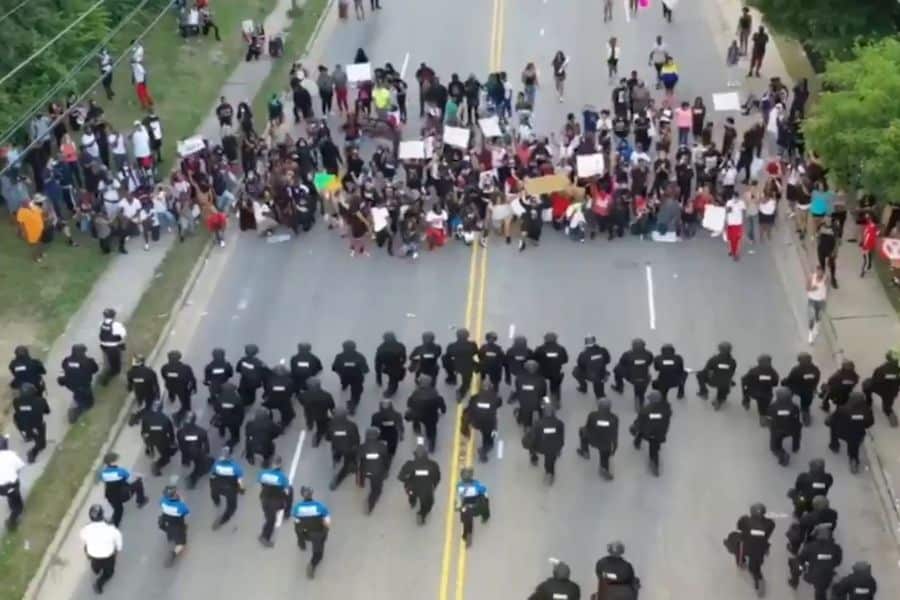 During a tense protest, 60 North Carolina police officers knelt before demonstrators which ended the protest emotionally.

On June 1, demonstrators are protesting to seek justice for 46-year-old George Floyd who died after being arrested by a Minneapolis cop. During the stand-off, more than 60 North Carolina police officers knelt to show their solidarity.

The surprising act of these Fayetteville cops ended the protest on Murchison Road in a peaceful and emotional way. A video of the remarkable moment was filmed and posted on social media touching thousands of people. 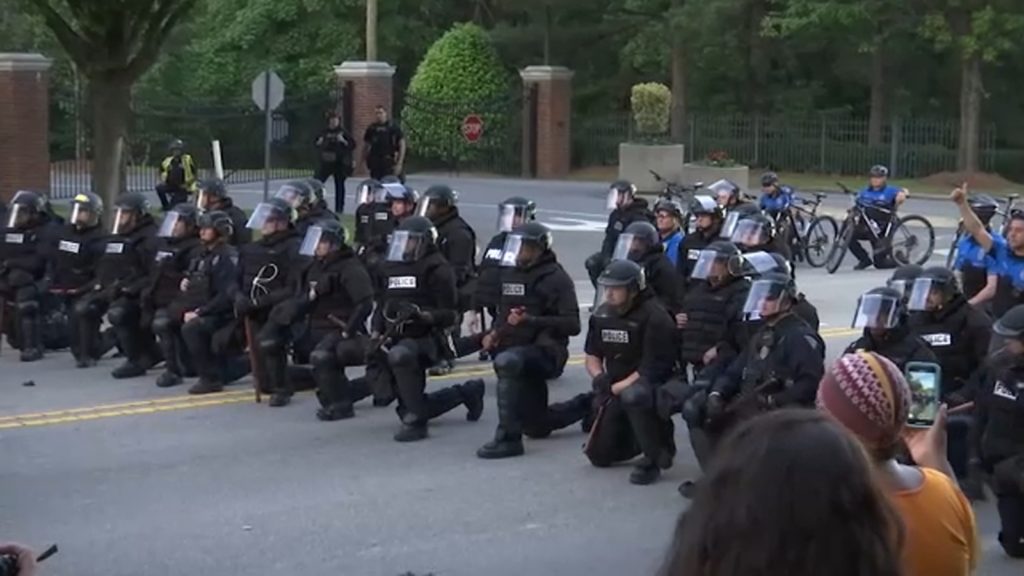 What the North Carolina police officers did move the protesters to tears. They also responded to the cops by showing their love to them.

“The protesters first got mad when asked to step back, but once the officers knelt down, it was on. Men and women alike started crying and then cautiously came toward the police officers to shake their hands,” one witness posted on Facebook. “These are moments that will go down into history and will be taught to future generations.”

The three-hour protest ended with hugs and handshakes between protesters and cops. No violence took place but the protesters were able to voice out their pain and be heard by the authorities.

Instances of police officers from different sectors kneeling have been reported around the nation as protesters demand racial equality. This does show us that we can overcome anything in unity and love, just as the Lord overcame death through His love for His people. May we all fight our battles in unity as one nation.