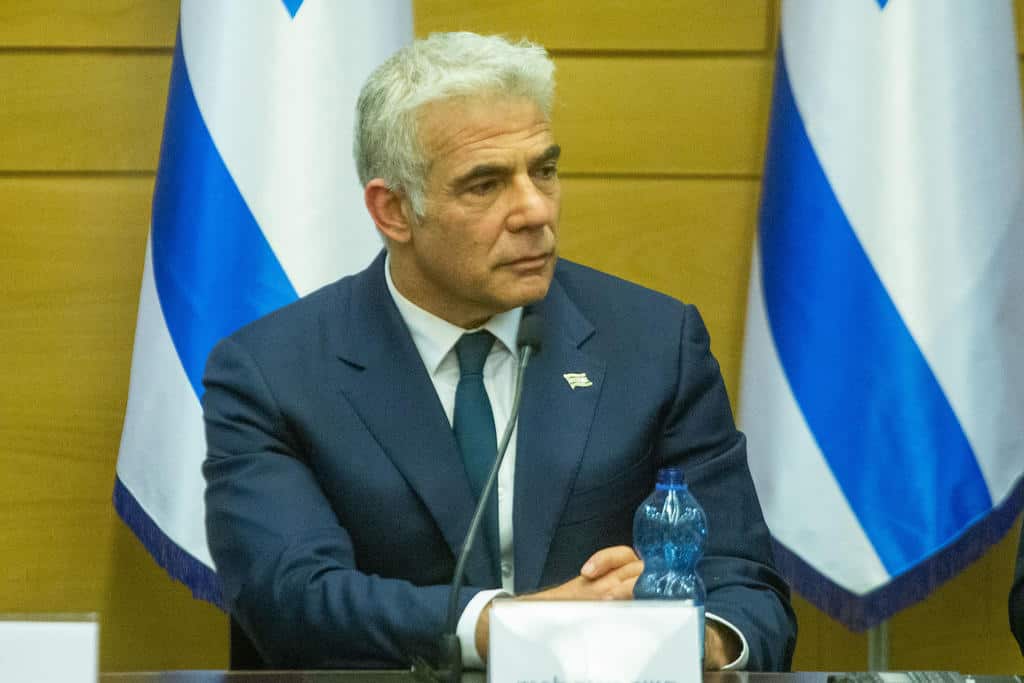 FM Lapid And US Sec. Blinken Discuss Iran As US Reports ‘Modest Progress’ In Vienna Talks

Israel’s Foreign Minister spoke on Wednesday evening with US Secretary of State Antony Blinken about “regional and global challenges, and the importance of putting pressure on Iran to stop its race to a nuclear weapon.”

According to the Israeli Foreign Ministry, Blinken “reiterated the US administration’s commitment to Israel’s security.”

This conversation, the latest of several in recent weeks, comes as the eighth round of talks between Iran and European countries on the relaunching of the nuclear deal is currently underway in Vienna.

US State Department Ned Price stated Tuesday that “what we can say at this point is that there was some modest progress in the talks last week. We hope to build on that this week.”

“What is clear is that if we do not soon reach an understanding on a mutual return to compliance, Iran’s accelerating nuclear steps will increasingly diminish the nonproliferation benefits of the JCPOA,” he cautioned.

However, “that will not be true for long, as Iran continues with nuclear steps that only diminish the utility of the guarantees that the 2015 deal would bring back into effect. That’s why our priority remains reaching and implementing a rapid mutual return to full compliance with the JCPOA,” he underscored.

Lapid stated on Monday that Israel is “not against any agreement. A good deal is a good thing. There is an intense discussion of what a good deal entails. The world, including the involved parties, is listening” to Israel.

However, he conceded that the Vienna talks “will not reach an optimal result as far as we are concerned, but we are always working with the people involved to improve the result for Israel.”

These discussions, possibly like the one he had with Blinken, bring “a lot of small achievements, not a big one.” 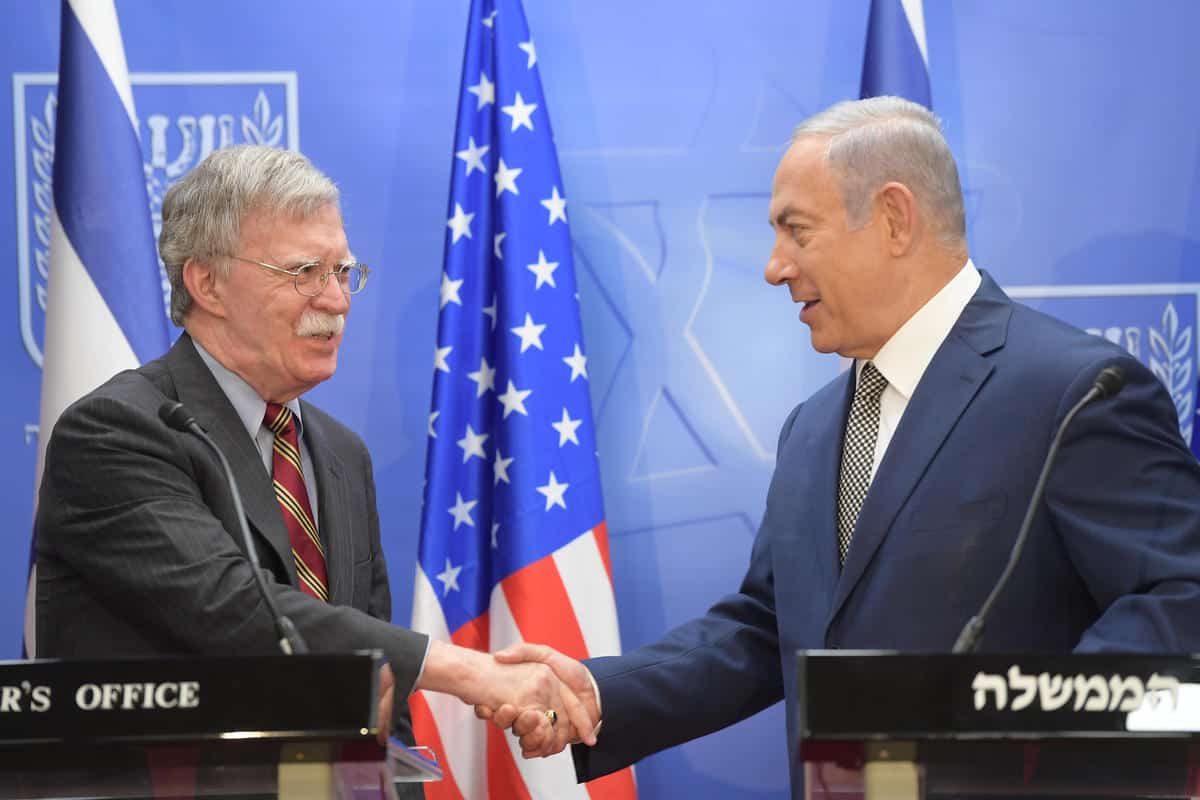 Bolton: US Expects Europe To Take Stronger Steps Against Iran

The United States is working with European countries “to convince them of the need to take stronger steps against Iranian nuclear weapons and ballistic missiles program,” US National Security Adviser John Bolton said Monday ahead of meeting Prime Minister Binyamin Netanyahu in Jerusalem.

Bolton added that “Iran never gets a deliverable nuclear weapons capability” was a “question of the highest importance” for the US.

“It’s why President Trump withdrew from the wretched Iran nuclear deal. It’s why he is re-imposing economic sanctions,” Bolton said during a press conference before discussion at the Prime minister’s Office that were also attended by National Security Council Director Meir Ben-Shabbat, US Ambassador to Israel David Friedman and Israeli Ambassador to the US Ron Dermer.

Bolton added that the US remained concerned about Iran’s role “as the central banker for international terrorism” and it’s “belligerent military activity in Iraq, in Syria, with Hezbollah in Lebanon, and in Yemen.”

He also warned that Iranian regional threats also posed “local threats because of the risk of international terrorism, especially terrorists’ possible use of weapons of mass destruction.”

That pressure, Netanyahu continued was not aimed against the people of Iran, but the country’s leaders. “Our fight is with the regime that brutally represses them. That arrests women for uncovering their hair, hangs gays in the public squares, that defies the aspirations for freedom of millions and millions of Iranians,” Netanyahu said. 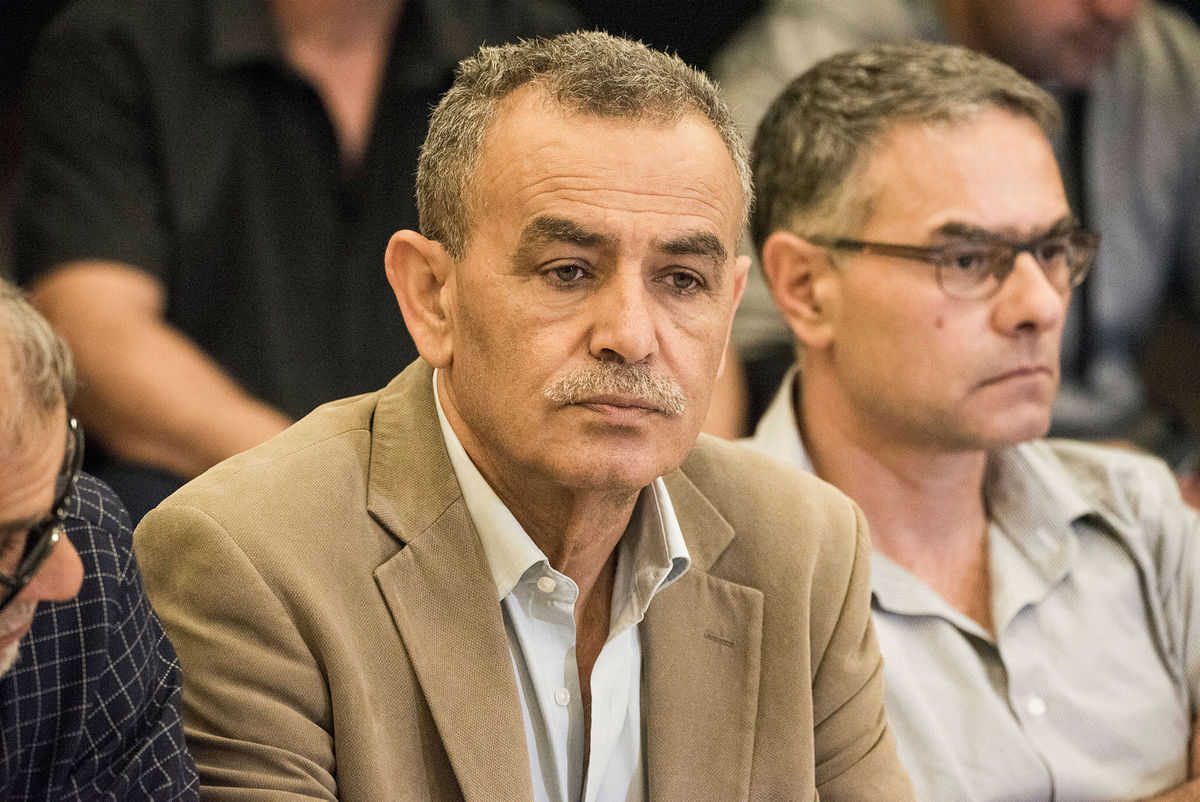 The Knesset rejected a proposal Wednesday tabled by by Joint List MK Jamal Zahalka to introduce international inspectors to oversee the nuclear reactor in Dimona. Seventy-three MKs voted to reject the measure with just eight voting in favor, all from the Joint List party.

Defending the proposal from the Knesset rostrum, Zahalka noted that nuclear weapons are dangerous even in the absence of war – for instance, if the reactor were to be hit by an earthquake. But he did not hide the bill’s primary objective: To strip Israel of nuclear weapons. Israel has never confirmed or denied the existence of the weapons, but much of the international community believe they do exist.

“As long as Israel’s got nuclear weapons, other countries in the region are going to do what they can to get them, and they are going to succeed sooner or later,” said Zahaklka, the head of the secular-nationalist Balad faction of the Joint List Party.  “We can’t prevent without removing weapons of mass destruction from the entire Middle East, including Israel.”

Responding to Zahalka, Energy Minister Yuval Steinitz refused to address Zahalka’s proposal directly, saying only that the danger of earthquakes are not the purview of the International Atomic Energy Agency (IAEA).