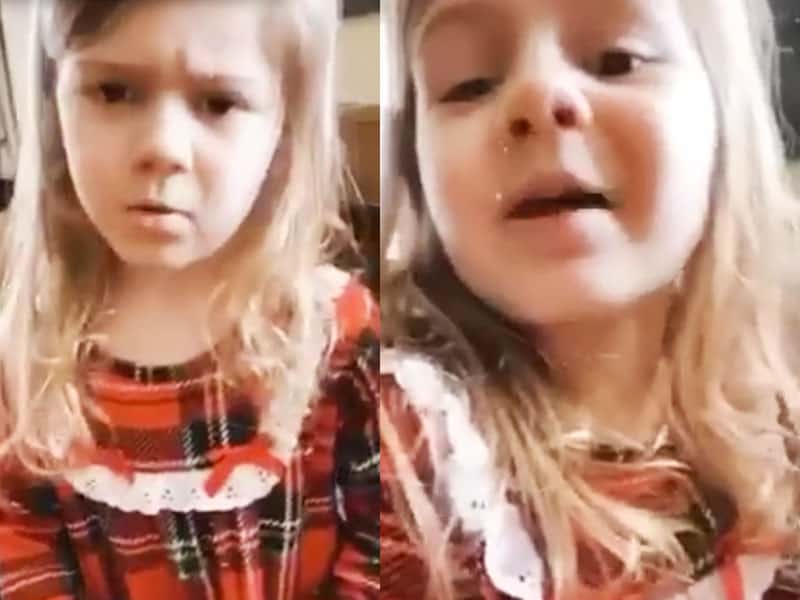 Little Girl Shares The Gospel Online: ‘I Want To Tell You About God’

An adorable little girl shares the Gospel online, detailing about Jesus being the Son of God who came to earth, and died on the Cross to save us from our sins; and it’s the cutest and most powerful thing you’ll see today!

The little girl who captivated the hearts of thousands said, “I want to tell you about God.” Then started introducing Jesus to her listeners saying, “God is Jesus and Jesus is God. And Jesus came to earth to die for our sins and He raised from the grave so that we can have eternal life and live with Him forever in heaven. It’s a great thing to talk about because God is the one who will set you free from sin.” 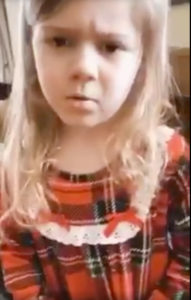 How Jesus Saved Us From Sin

“Sin is just on our hearts but God takes it and puts it on His own Son while He’s dying on the cross. He took our sin so that we can live with Him forever. And that’s amazing!” exclaimed the little girl seemingly preaching like an adult.

And before she ended her Gospel sharing online, the little girl briefly recapped her main point. She declared, “It’s amazing that God takes our sin and gives it to Jesus and Jesus dies on the cross and rose from the grave. And we can have eternal life with Him! That’s crazy!”

“But I just wanted to talk to you guys about that because I know I love Jesus. I love you and I just want to say goodbye,” she concluded.

What a sweet little girl sharing the good news! This is indeed childlike faith! 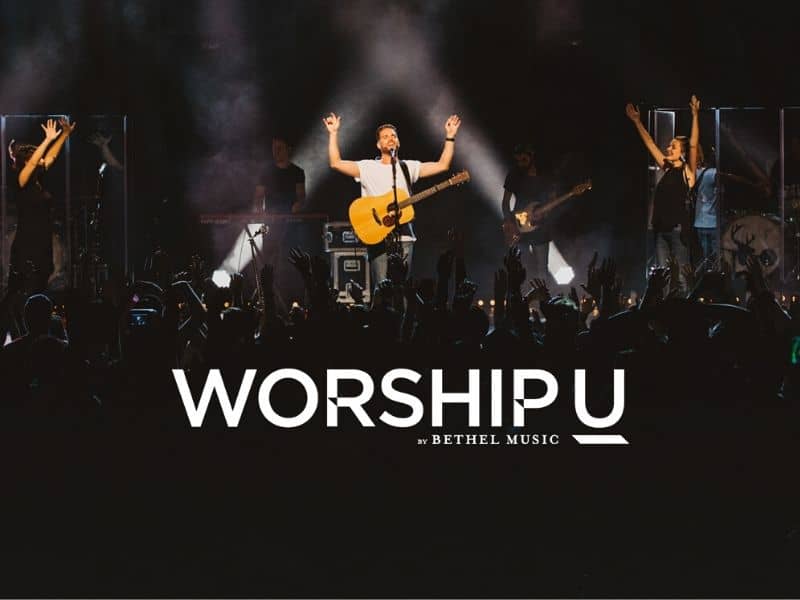 Bethel Music has risen to be one of the biggest Christian worship groups in this time. Amid the quarantine, they continue to empower worshippers around the globe in their free online worship retreat through their worship school, WorshipU.

A worship ministry of Bethel Church pastored by Bill Johnson, Bethel Music is a collective of Christian artists. Their songs are among the most played in churches today. And now, they sharing their knowledge and skills through their worship school, WorshipU.

WorshipU, as stated in their Facebook page, “believe[s] in equipping the Church to lead people into life-changing experiences through worship.” They offer online programs covering a wide variety of topics including worship leading, songwriting, heart of worship, emotional health, lifestyle and more. Teachers and speakers are from the Bethel Music collective. Students learn from them as they share their insights about cultivating a lifestyle of worship while equipping the growth of their identity in Christ. But these lessons had a fee.

Nevertheless, to encourage everyone in this difficult time, WorshipU’s online worship retreat is now free! They announced the 3-day retreat on their Facebook page.

The online retreat will start on May 11 and will end on May 13. Speakers will be Kristene DiMarco, Steffany Gretzinger and Kalley Heiligenthal. “Connect with 1000’s of other worshippers as we unpack the lessons they taught at Bethel Music Songwriting Retreat,” it read. 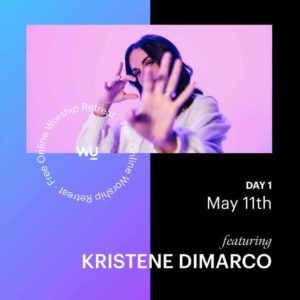 Kristene DiMarco has been with Bethel Music since 2016. She is currently a worship leader and songwriter at Bethel Church. Her song, “It Is Well” charted on the Billboard magazine song chart. The fresh iteration of the hymn impacted churches all over the world. 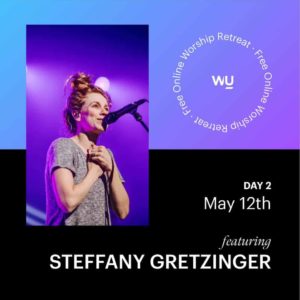 Steffany Gretzinger was a former member of the Bethel Music. Although, she is now under Watershed Music Group, she still partners with her home label. Her album, “The Undoing” gained the top 5 status among Christian independent albums in 2014. 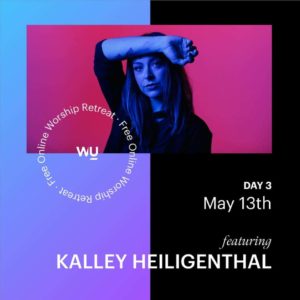 Kalley Heiligenthal is known for her hit song, “Ever Be”. It was nominated for a 2017 Dove Award for “Worship Song of the Year”. A worship leader and songwriter, she also serves as 2nd year Worship Pastor in their Ministry School.

Join the online retreat and save a seat by clicking here. 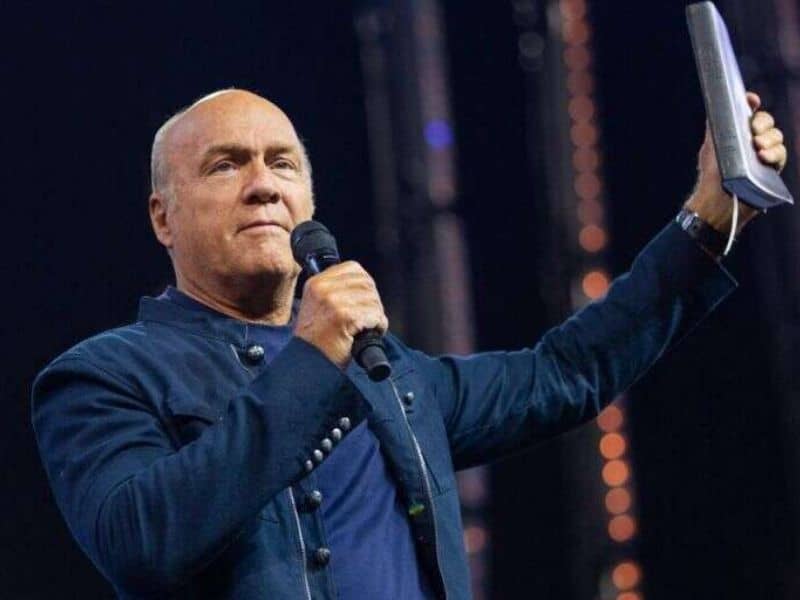 Megachurch pastor Greg Laurie is seeing a spiritual awakening in the midst of the coronavirus pandemic. And it is happening through the internet.

Greg Laurie pastors at Harvest Christian Fellowship in California. The Church has been doing live stream services ever since the stay-at-home order began. 250,000 people watched the first online service. And attendance has continued to increase since then. They have had a 235% rise of participation compared to the first Sunday online service.

“These are people literally from all around the world, from every age and background, who are missing church,” he said. “To the best of our ability, we are bringing church to them.”

Utilizing every means for the expansion of Kingdom

Laurie wrote in Newsweek that many of the online attendees are millennials.

“For decades, the church has been trying, seemingly in vain, to reach America’s youngest generations – millennials and Generation Z – with the Gospel. All the while, we’ve seen headline after headline and pool after poll reminding us that church has been falling, and rapidly.”

“Enter a global pandemic. Could it be that simply by responding as best and as quickly as we could to something no one saw coming, we’ve unwittingly stumbled into part of God’s answer to a generational riddle?”

“Maybe it’s a new piece to an ever-evolving puzzle: how to say something old to a new audience. Just as Paul wrote letters, as Gutenberg used printing press and as Billy Graham used film and television,” he continued. “The church is called to engage the un-churched and under-churched, using whatever useful tools we have at our disposal.”

Laurie admits that he misses gathering with the Church and is hoping to be back with them in the near future.

“But in the meantime, while we are all still sheltering in place, we are seeing something take place that looks an awful lot to me like a spiritual awakening.”