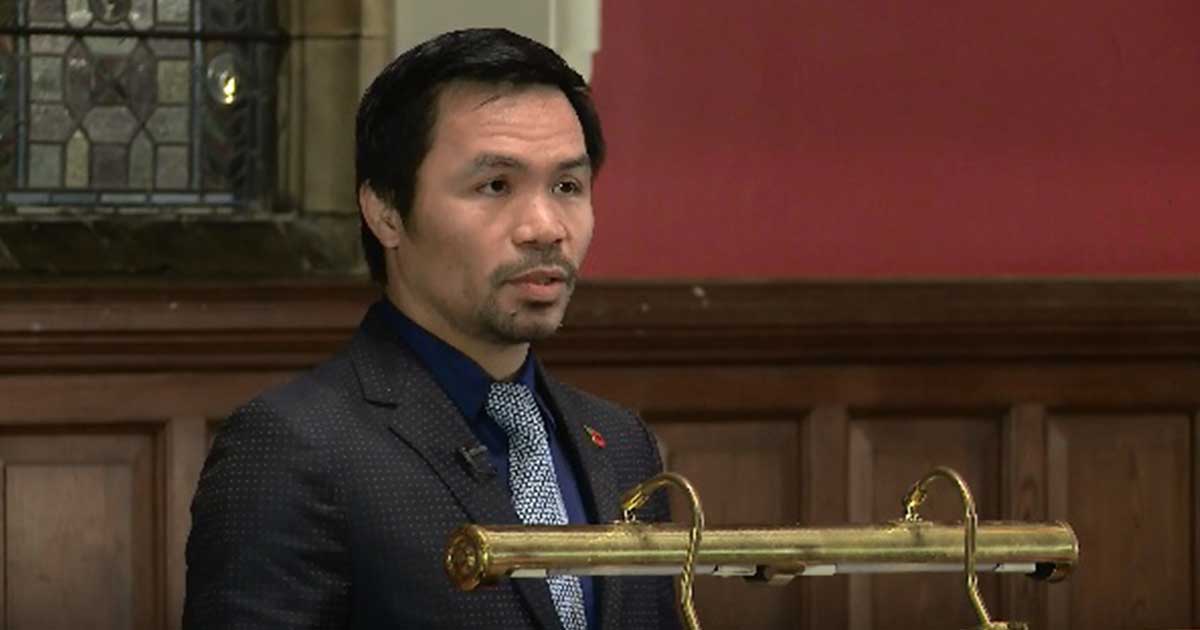 If you can’t think of a man whose life is literally from rags to riches real-life story, let me introduce to you the world boxing champion, Emmanuel D. Pacquiao or popularly known as “Manny Pacquiao.”

Just recently, Manny, who is currently serving as a Senator of the Philippines, was invited to speak at Oxford Union at the University of Oxford in England. The Oxford Union is a debating society which holds talks and debates by intriguing and influential people who shape our world. It was established 190 years ago and aims to promote intelligent discussion not just at Oxford, but across the globe.

When Manny received the invitation from such prestigious University, he asked himself: “What could Manny Pacquiao say that would be of any impact, much more utility, to the men and women who enjoy the highest standards of instruction at Oxford?”

During his speech, he admitted he felt intimidated knowing the kind of main event headliners who faced the Oxford Union over the years— Sir Winston Churchill, American Presidents Reagan, Nixon and Carter, Mother Teresa, Dalai Lama, and Sir Elton John, to name a few.

And although Manny felt trepidation, he humbly added, “I know what I should speak about. Something very few among you can claim to know about: my education, certainly non-traditional, non-formal, largely unstructured. I will call it my education in the Open University of Life.”

That’s when Manny started to share his life story. He referenced a favorite Bible story of his saying, “Think of David and Goliath. Look at me. I am not very big and I never had five smooth stones to throw at any obstacle, but determination is a power tool. I won a lot of fights.”

Manny also addressed the people who considered him unfit for his role in politics. “I do not fault anyone who views me as singularly ill-equipped for this role. Instead, I ask, is there anyone more knowledgeable, than this humble civil servant, about the hardships and the way of life of the majority of our people? Who among my colleagues has faced poverty from birth? Whose life’s work has it been to battle illiteracy?”

It would have never entered the mind of the seven-year-old Manny Pacquiao, sleeping in the streets hungry, that he would become a great inspiration to many people today. 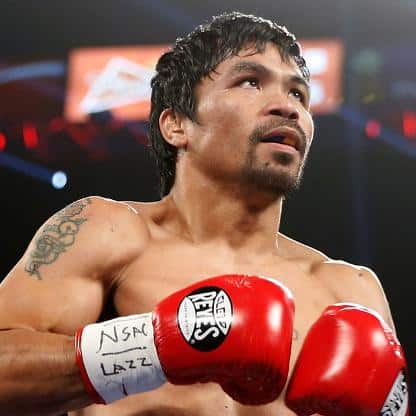 At the near end of his speech, revealed a secret, “Miracles do happen. Dreams do come true. Being poor does not mean one must die poor. Hard work and persistence will set you free from the shackles of poverty. But it is faith that will take you to the very top.”

Then he ended his speech with these powerful words, “So I ask you – all of you – to never lose faith in what you can do as a human being. Believe in the loyalty of family. And belief in the Almighty God. It is not easy to believe in the power of one. But I ask you to look around you. Count the faces. Do the multiplication and suddenly we are a power of 50 or 100 or 1,000.

You, with your education, determination, and faith, you can change the world.”