3 Practical Keys For Overcoming Spiritual Attacks From The Devil

There are so many crazy things going on in the world that it can feel like we are always under spiritual attacks. We experience the battle between good verses evil, light verses darkness, and Jesus Christ verses the evil one.  The good news is that Jesus already won battle on the cross. Light always shines brighter than darkness. And we are promised that we will see the goodness of the Lord in the land of living (Psalm 27:13).

There is hope for overcoming all spiritual attacks because we serve the God of all hope! We are “more than conquerors” (Romans 8:37) in Christ Jesus and He has made a way for us to live victoriously on the earth! It’s time that we take our place as sons and daughters of the Most High God and to “arise and shine, for our Light has come” (Isaiah 60:1). His name is Jesus and He has given us the keys to the Kingdom of Heaven promising that “whatever you bind on earth will be bound in Heaven, and whatever you loose on earth will be loosed in Heaven” (Matthew 16:19).

Have You Been Experiencing Spiritual Attacks?

Matthew 8:23-27 – Then he got into the boat and his disciples followed him. Suddenly a furious storm came up on the lake, so that the waves swept over the boat. But Jesus was sleeping. 25 The disciples went and woke him, saying, “Lord, save us! We’re going to drown!” He replied, “You of little faith, why are you so afraid?” Then he got up and rebuked the winds and the waves, and it was completely calm. The men were amazed and asked, “What kind of man is this? Even the winds and the waves obey him!”

Takeaway #1 – Jesus, calmed the storm, but even more He reveals spiritual principles for overcoming attacks. In this case, the attack wasn’t the storm around them, it was the fear that gripped them.

Takeaway #2 – Jesus and the disciples were in the same boat, in the same storm! While the disciples succumbed to the spiritual attack of fear, Jesus remained steadfast and at peace. He was able to stand in His authority and, thus, calmed the storm.

Ephesians 6:12 makes the battle clear, “For our struggle is not against flesh and blood, but against the rulers, against the authorities, against the powers of this dark world and against the spiritual forces of evil in the heavenly realms.” When the storm came the disciples went to Jesus for help, not realizing that they had been given the same authority to silence the storm.

Without the truth of Ephesians 6:12 it would be really easy to miss where the real battle lies. How often do we blame people? In this case, Jesus could for getting them on the boat in the first place. Or how often do we blame our circumstances, in this story, the storm? Neither Jesus nor the storm was where the battle was. The battle, which is against spiritual forces of darkness, was with the fear that was gripping the disciples hearts.

It’s time to look for the actual root of any spiritual attack you are facing. It’s not your best friend or husband or wife or oldest daughter. It isn’t even your boss or the horrible environment you have at work. The battle is in the spiritual realm! Below are three keys for helping overcome any spiritual attack you may face. We can’t ignore there is a battle, but let’s fight it according to the Word of God.

Whatever you focus on grows! Let’s examine verse 24 and 25 to see their focus.

Matthew 8:24-25 – “24 Suddenly a furious storm came up on the lake, so that the waves swept over the boat. But Jesus was sleeping. 25 The disciples went and woke him, saying, “Lord, save us! We’re going to drown!””

The disciples were more focused on the storm than they were anything else. The waves were crashing and sweeping up over the boat…that’s scary…which is why they were scared and woke Jesus up. But Jesus was able to sleep in the same storm because His focus wasn’t on the storm, it was on the Father.

We can experience the same security that Jesus did, knowing that our Heavenly Father is watching over and protecting our lives.

Prayer for Focus – Father, help me to fix my eyes on You and not the waves of life. Teach me to trust You in every situation and circumstance of my life, knowing that You are holding me in the palm of Your hand.

It’s time to take the authority Jesus purchased on the cross. He demonstrates the example in verse 26, “26 He replied, “You of little faith, why are you so afraid?” Then he got up and rebuked the winds and the waves, and it was completely calm.“

Jesus died on the cross and rose again to pay the price you could not pay, cleansing you for all sin, AND tearing the veil giving you access to the Kingdom. In other words, you have been given authority on the earth. It’s time to realize it and use it as sons and daughters of the Most High God!

Prayer for Taking Authority – Jesus, thank You for dying for my sins, cleansing me of all unrighteousness, and seating me with You in Heavenly places at the right hand of the Father. I ask that You would give me a deeper revelation of the authority I have as Your child and would you teach me to walk in it for Your glory, amen.

Again, Jesus used the power of His words to speak to the storm in verse 26, “He replied, “You of little faith, why are you so afraid?” Then he got up and rebuked the winds and the waves, and it was completely calm.”

Have you been letting the “storms” of life overwhelm you with fear and anxiety? You don’t have to live that way. You don’t have to let your environments dictate your life. As a child of God, you have been created to shift atmospheres.

Proverbs 18:21 says, “Death and life are in the power of the tongue.” Start using your authority and the power of your words to command life into the “storms” in and around your life. It’s time to stop giving into the waves of fear!

Prayer for Speaking To Storms – Holy Spirit, give me words of life to speak to every storm I encounter. Help me to focus on what You are doing. I surrender my old ways to You. Thank you for the authority that You’ve giving me and the peace that will come as I partner with You, amen.

You are not battling for victory when you face spiritual attacks. You are battling FROM victory…the victory that Jesus won, once and for all, on the cross. Remember His final words in John 19:30, “When he had received the drink, Jesus said, ‘It is finished.’ With that, he bowed His head and gave up His spirit.” In that moment, the victory you need today was won!

It’s time to step into the freedom that was purchased for you over 2000 years ago. Remember you are not alone, for He is with you always! 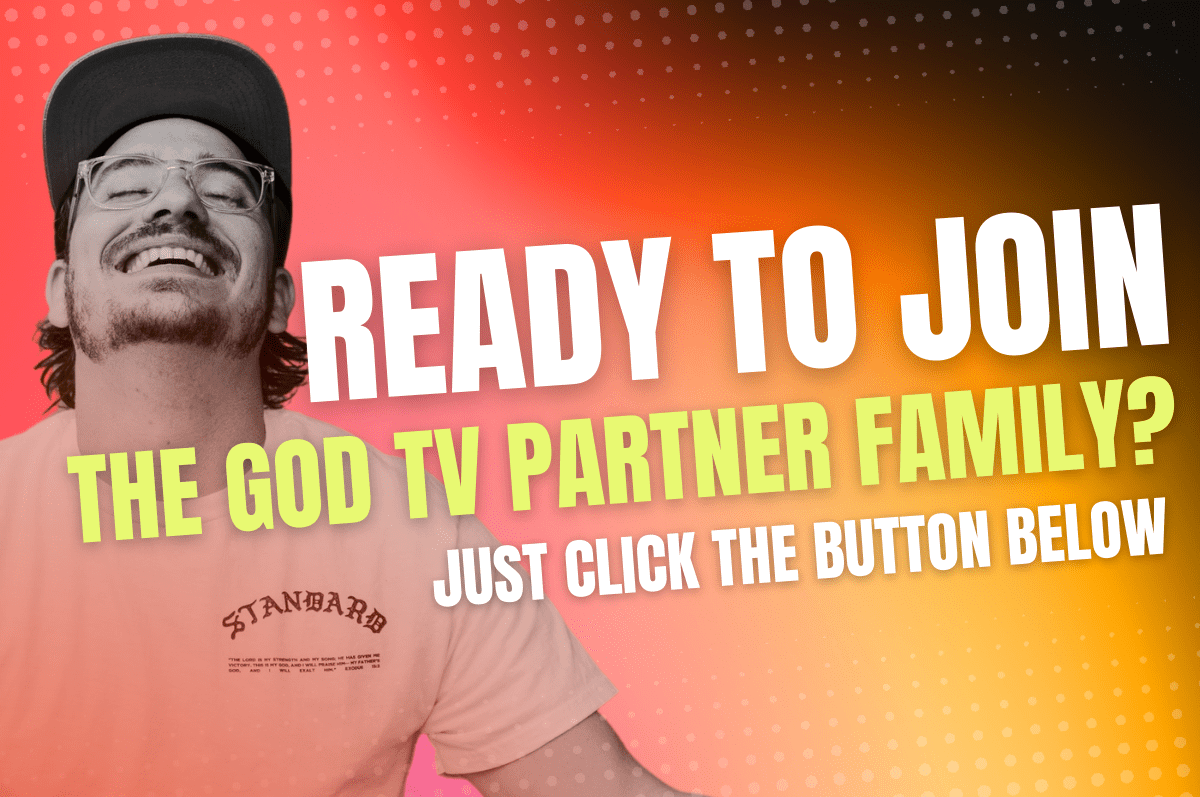 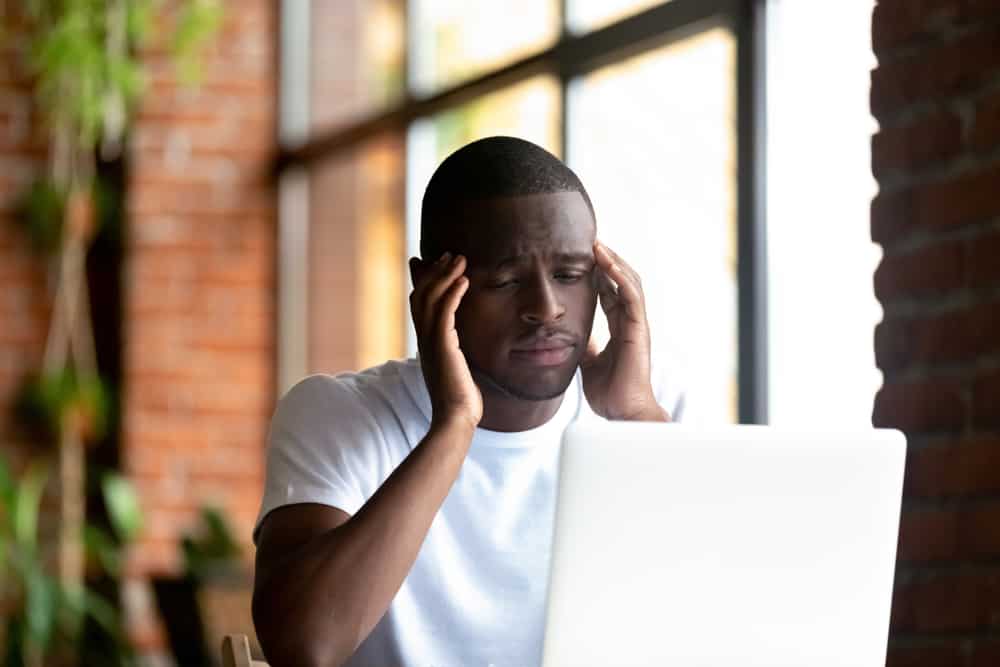 Be Still and Don’t Freak Out, He is God.

Is there something going on in your life that’s causing panic attacks, causing you to freak out, or intimidating you a little bit? Check out Psalm 46! Let the truth of this promise wash over you afresh and encourage your heart today.

“God is our refuge and strength, A very present help in trouble.

Therefore we will not fear, Even though the earth be removed, And though the mountains be carried into the midst of the sea;

Though its’ waters roar and be troubled, Though the mountains shake with its swelling. Selah

There is a river whose streams shall make glad the city of God, The holy place of the tabernacle of the Most High.

God is in the midst of her, she shall not be moved; God shall help her, just at the break of dawn.

The nations raged, the kingdoms were moved; He uttered His voice, the earth melted.

The LORD of hosts is with us; The God of Jacob is our refuge. Selah

Come, behold the works of the LORD, Who has made desolations in the earth.

He makes wars cease to the end of the earth; He breaks the bow and cuts the spear in two; He burns the chariot in the fire.

Try it for yourself

In the stillness, the Lord is present to demonstrate His great love and power in and through our lives. Has the busyness of life allowed the anxieties of the world to creep in? Try taking 5 minutes to be still and let the Lord minister His shalom over you in the midst of the trials and tribulations.

Be still and know, He’s God. 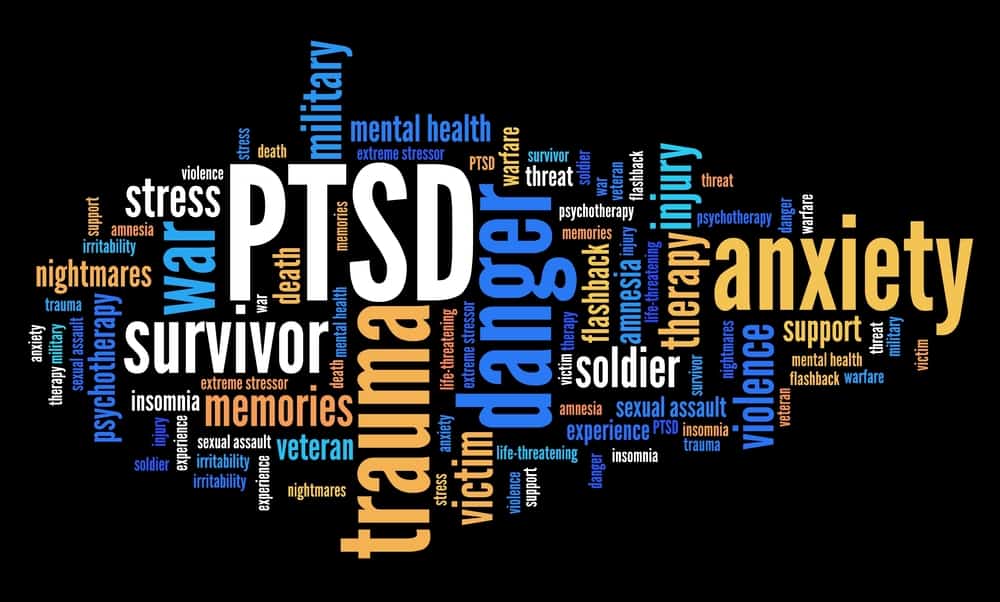 You can overcome Post-Traumatic Stress Disorder

Post-traumatic stress disorder (PTSD) is an anxiety disorder caused by very stressful, frightening or distressing events. Someone with PTSD often relives the traumatic event through nightmares and flashbacks, and may experience feelings of isolation, irritability and guilt.

Jared Laskey is a former US Marine who has learnt to  live in victory over PTSD through the power of God. In this short video he shares how God has moved in his life to help him overcome anxiety, depression, panic attacks and irritability.

Jared served in the United States Marine Corps as a field radio operator for 2nd Battalion 8th Marines, deploying to Iraq in 2007-2008 and Afghanistan, 2009.  However today, He is a Master of Divinity student at Regent University and the pastor of Destiny Church in Virginia Beach, VA. He is also a published author and writer for GOD TV and other Christian media organisations.

He refuses to allow his life to be ruled by his diagnosis and encourages viewers to call out to Jesus. “My diagnosis is not who I am,” he says, “Who I am is determined by whose I am. I belong to Jesus. Don’t let your diagnosis hold you back. Call out to God and he will pick you up.”

This article is about Jared Laskey who served in combat in Iraq and Afghanistan with 2nd Battalion 8th Marines. Today he leads Fireborn Ministries and Destiny Church in Virginia Beach, Virginia. He is also the co-author of Veronica’s Hero.